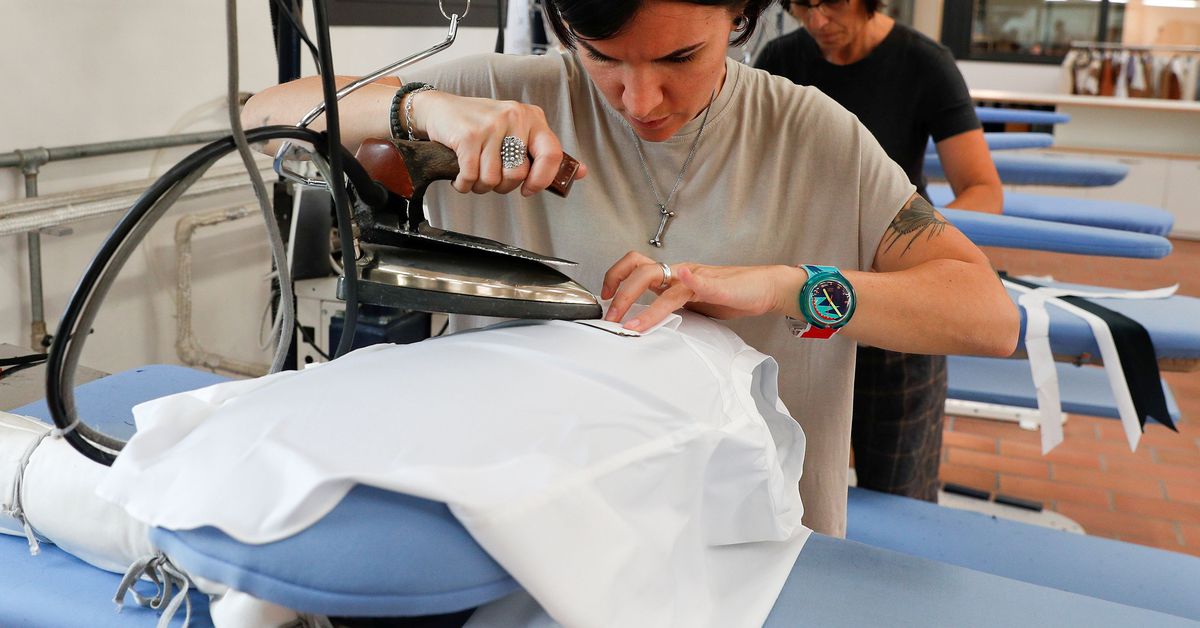 MILAN, July 22 (Reuters) – Italian luxury boss Brunello Cucinelli is offering six months of paid leave to a handful of employees who have refused to vaccinate in order to protect workers who have taken their shots.

As the Rome government debated whether to make the jabs mandatory in some workplaces, Cucinelli said on Thursday that less than 1% of his group’s 1,200 workers had opted out of a vaccination campaign organised by the company a month ago.

“Clearly within the company their identity became known straight away. Now, as it’s only logic, the lads who used to work at the same table don’t want to be near those who have chosen not to get vaccinated,” Cucinelli told La Repubblica and La Stampa newspapers.

“My proposal for them is to stay home with six months paid leave and then we’ll see,” he said. “I can’t impose the vaccine, but I can’t put at risk those who decided to get vaccinated either.”

Cucinelli, famous for $1,000-plus cashmere sweaters, often promotes what he calls a “humanistic” approach to capitalism, based on respect for people and nature.

The company is headquartered in the medieval hamlet of Solomeo, in central Italy, where Cucinelli has repaved roads, planted vineyards, built a theatre and founded an arts and crafts school.

His offer for vaccine hold-outs comes as Italy’s business lobby Confindustria called this week for anti-COVID jabs to be made mandatory in the workplace – a proposal that looks unlikely to make much progress given political opposition to such measures.

Vaccination is already mandatory for health workers, and the government led by Mario Draghi is debating whether to extend that requirement to school personnel.

Italy, worried by a rapid surge in coronavirus infections, is also weighing whether to only allow people vaccinated with at least one dose into cinemas, restaurants and sports clubs, following similar restrictions imposed in France. An announcement is expected later on Thursday.

Opponents of tighter measures, including League leader Matteo Salvini whose party is part of the ruling majority, say they infringe on the freedom of choice of those who do not want the vaccination, and could delay a badly needed economic recovery.