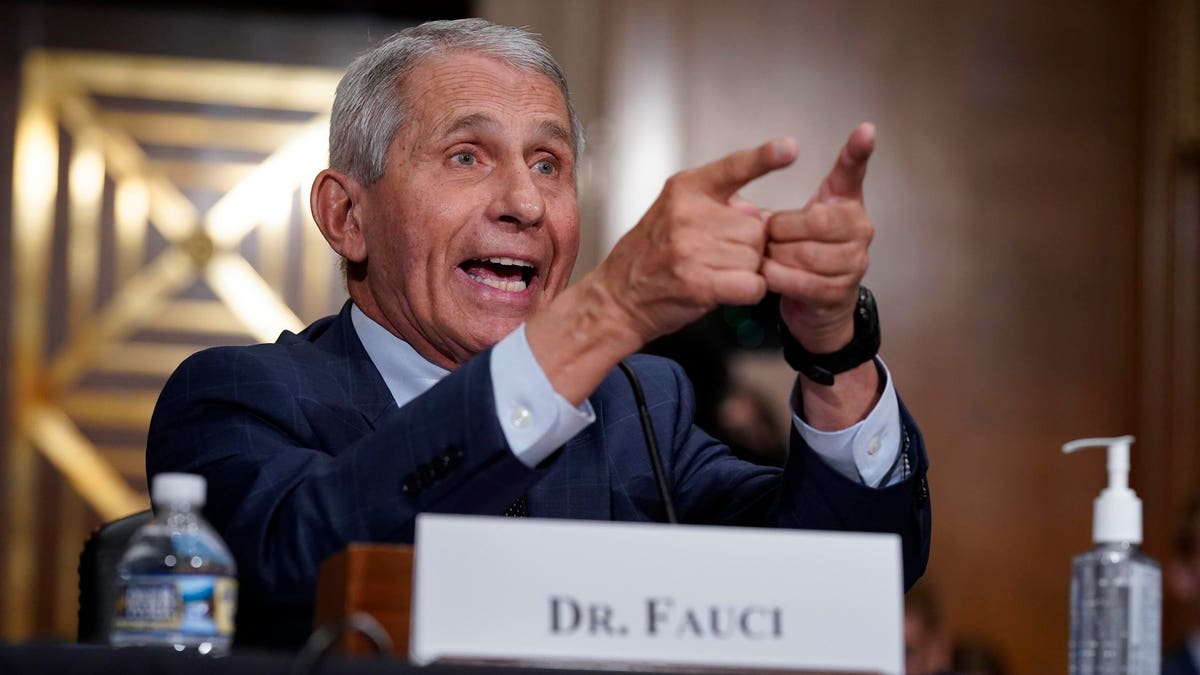 A discussion between Sen. Rand Paul (R-Ky.) and Dr. Anthony Fauci on the roots of Covid-19 turned explosive Tuesday, with the senator and the government’s top infectious disease expert trading allegations of lying about whether federal money helped fuel a controversial form of virology research in China.

Top infectious disease expert Dr. Anthony Fauci responds to accusations by Sen. Rand Paul (R-Ky.) as … [+] he testifies before the Senate Health, Education, Labor, and Pensions Committee about the origin of Covid-19 on Tuesday.
Getty Images

At a Senate hearing Tuesday, Paul pressed Fauci about a 2017 paper on coronaviruses written by Wuhan Institute of Virology staffers and indirectly funded by a federal grant from the Fauci-run National Institute of Allergy and Infectious Diseases (NIAID).

Paul accused Fauci of lying to Congress about whether the paper relied on “gain-of-function” research, a controversial and sometimes ill-defined method in which researchers modify a virus to predict its evolutionary trajectory, suggesting this could offer clues into whether the coronavirus leaked from a virology lab in Wuhan.

Fauci argued the research did not use gain-of-function methods, and noted the viruses studied under the grant program were unrelated to SARS CoV-2, the virus that causes Covid-19.

Fauci angrily accused Paul of lying, and faulted the senator for implying researchers may have created SARS CoV-2 in 2017 (Paul said he’s concerned NIAID funded gain-of-function research despite a three-year-long federal moratorium on it, but isn’t alleging the 2017 research was specifically tied to Covid-19).

“Dr. Fauci, knowing that it is a crime to lie to Congress, do you wish to retract your statement [in a previous Senate hearing] where you claim that the NIH never funded gain-of-function research in Wuhan?,” Paul said.

“You do not know what you’re talking about, quite frankly,” Fauci told Paul. “You are implying that what we did was responsible for the deaths of individuals. I totally resent that, and if anybody is lying here, senator, it is you.”

Fauci and Paul have repeatedly clashed about gain-of-function research and the origins of Covid-19, part of a wider debate about whether the virus jumped from animals to humans naturally or escaped from a laboratory. Fauci and most experts believe the virus probably emerged naturally, but in recent months, some scientists have argued the “lab leak” theory is plausible: In an open letter in the journal Science, several researchers pushed to “take hypotheses about both natural and laboratory spillovers seriously until we have sufficient data.” In May, President Joe Biden said U.S. intelligence agencies haven’t “reached a definitive conclusion” on the virus’ origins, and tasked the agencies with studying the issue further.