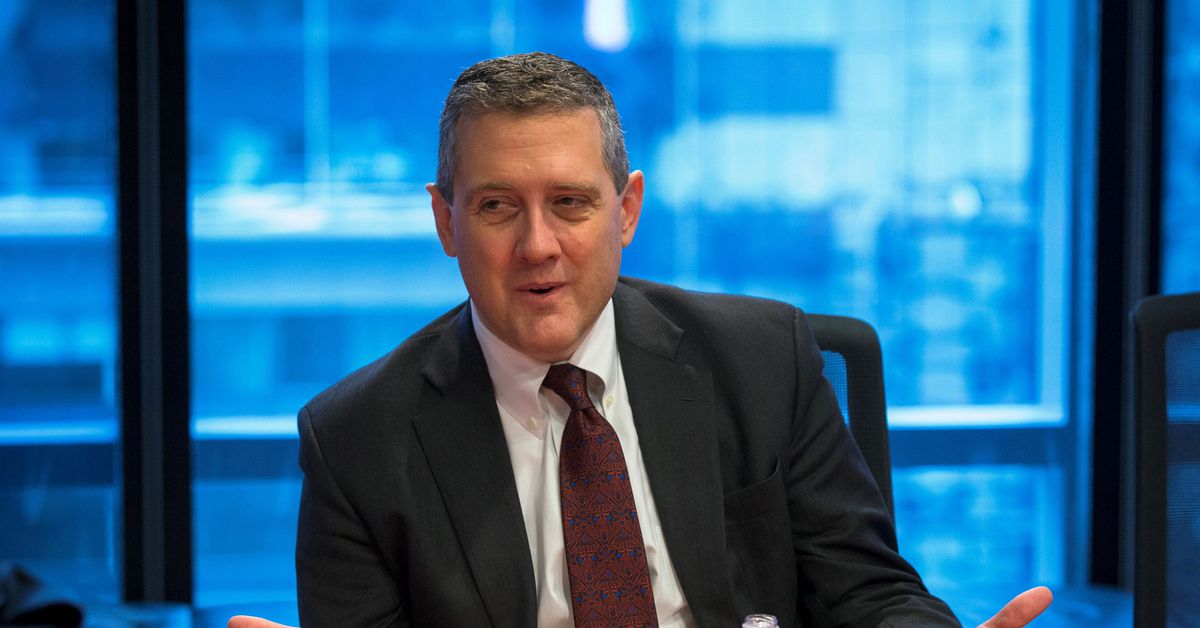 Oct 14 (Reuters) – Despite a broadly shared view that the U.S. labor market has healed enough to allow the Federal Reserve to start reducing its monthly bond purchases as soon as next month, policymakers remain divided over inflation and what they should do about it.

The U.S. government reported on Thursday that producer prices rose 8.6% in the 12 months through September, the biggest year-on-year advance in nearly 11 years. Data on Wednesday showed U.S. consumer prices shot up 5.4% over the same period.

Speaking to a virtual gathering of the Euro50 Group on Thursday, St. Louis Fed President James Bullard described the trend as “concerning.”

“While I do think there is some probability that this will naturally dissipate over the next six months, I wouldn’t say that’s such a strong case that we can count on that happening,” Bullard said, adding that he gives it about a 50% chance.

Bullard has been pushing for the Fed to start reducing its $120 billion in monthly purchases of Treasuries and mortgage-backed securities next month, and minutes from the U.S. central bank’s Sept. 21-22 policy meeting show policymakers are generally in support of doing so, with plans to wrap up the process by the middle of 2022. read more

Bullard, however, wants to end the bond purchases by the first quarter of 2022 to allow the Fed to raise interest rates as soon as the spring if inflation remains uncomfortably high.

The Fed has promised to keep its benchmark overnight lending rate at the current near-zero level until the economy reaches full employment, and inflation has not only reached its 2% goal but is on track to stay modestly above that level for some time.

The central bank set those parameters when inflation had been running below 2% for years, and the challenge was seen as lifting it up rather than tamping it down.

But now, the opposite problem may be emerging, as pent-up consumer demand fuels spending in a reopening economy and businesses, hobbled by supply bottlenecks, struggle to keep up.

In an address late on Wednesday to South Dakota State University, Fed Governor Michelle Bowman sounded the alarm on inflation and her worries that easy monetary policy is helping to feed high prices as well as possible asset bubbles. Bowman also urged a start to the bond-buying “taper” next month. read more

But others have a different view of the situation.

San Francisco Fed President Mary Daly, one of the central bank’s most dovish policymakers, told CNN International on Thursday that inflation isn’t tied to monetary policy at this juncture and that tightening policy is unlikely to do much to bring it down.

Daly said rising prices are “going to last as long as COVID is with us” because they are driven by supply-chain bottlenecks caused by pandemic-related disruptions, and that inflation would subside once the pandemic did.

“It is premature to start talking about rate increases,” Daly said, noting, however, that the point had been reached where “we feel like we can dial back the level of support we are adding to the economy.”