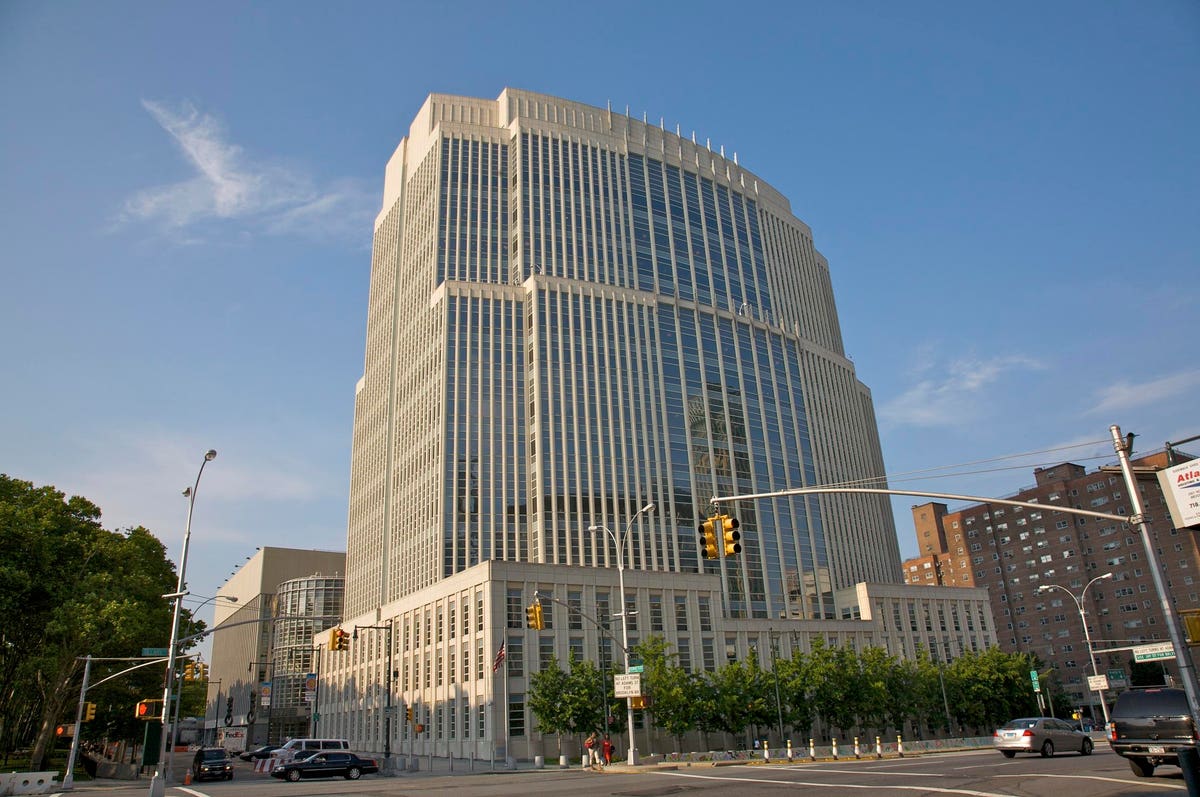 Prosecutors filed a slew of charges against 14 people, ten of whom were members or associates of the Colombo family, including the group’s 87-year-old purported boss Andrew “Mush” Russo, according to a statement from the U.S. Attorney’s office.

The family was accused of extorting a construction labor union for 20 years: The group compelled the union’s health plan to steer contracts toward Colombo-related entities, threatened a union official into giving up a portion of his salary and laundered their earnings through other businesses, prosecutors said in an indictment unsealed Tuesday.

Most of the defendants were arrested Tuesday, but the Colombo family’s alleged consigliere Ralph DiMatteo is still at large, prosecutors said.

Attorneys representing four of the 14 defendants told Forbes their clients will enter not guilty pleas: Benjamin Castellazzo — charged with racketeering — “plans to fight the charges against him” according to his lawyer Jennifer Louis-Jeune, and Vincent Martino — charged with a marijuana distribution scheme — denies all charges and “looks forward to his exoneration,” per his lawyer Nancy Bartling.

Attorneys representing other defendants didn’t respond to requests for comment.

Most of the 14 defendants are scheduled for arraignment in federal court Tuesday afternoon. In a detention memo, prosecutors argued the group has a history of threatening violence and asked for the majority of the defendants — including Russo and the Colombo crime family’s other alleged top-level leaders — to be detained pretrial.

The Colombo family is one of five “families” that historically controlled Mafia-related organized crime in New York City. The region’s Mafia scene has been shaken by decades of aggressive attention from law enforcement, including a spate of 2011 arrests that swept up the Colombo family’s leadership and more than 100 other alleged Mafia members, but prosecutors claimed Tuesday the crime families are still partially intact.

“Everything we allege in this investigation proves history does indeed repeat itself,” Michael Driscoll, assistant director-in-charge for the Federal Bureau of Investigation’s New York field office, said in a Tuesday statement. “The underbelly of the crime families in New York City is alive and well. These soldiers, consiglieres, under bosses, and bosses are obviously not students of history, and don’t seem to comprehend that we’re going to catch them.”