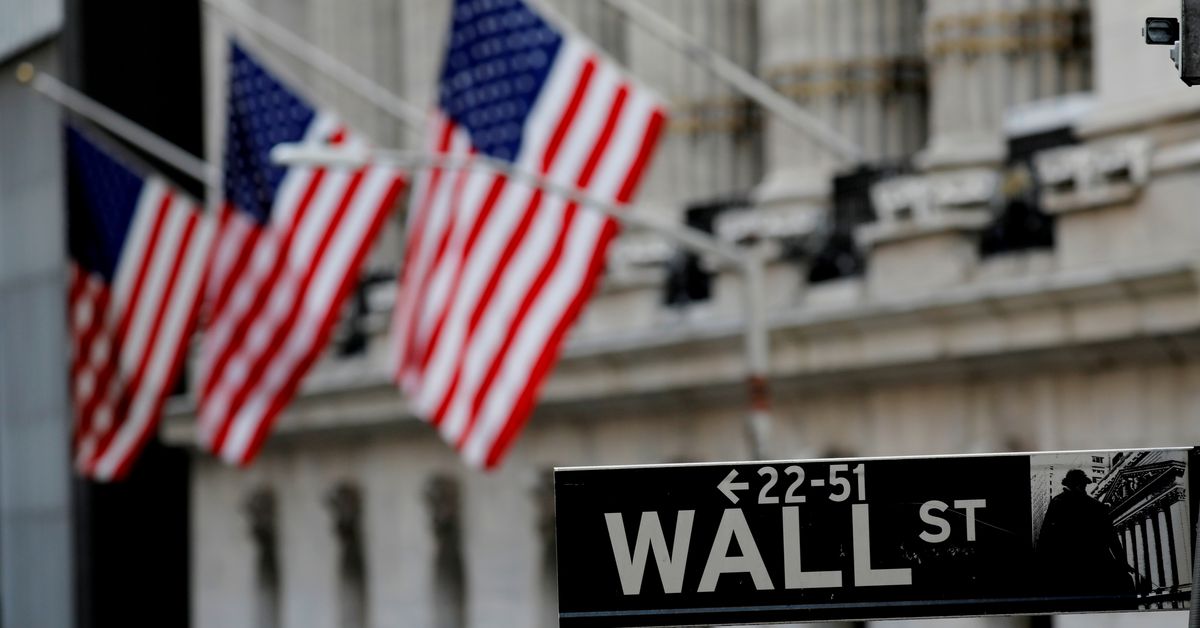 Sept 14 (Reuters) – The Dow Jones and S&P 500 indexes fell on Tuesday, dragged down by financial stocks, after data showing a slower-than-expected rise in U.S. inflation led to uncertainty over the U.S. Federal Reserve’s timeline to taper monetary stimulus.

U.S. stocks have struggled this month as investors worry about the economic recovery amid a surge in cases of COVID-19’s Delta variant and the valuation of equities following a lengthy rally.

But consumer price inflation is still at high levels. Along with strong producer prices last week and some discord among Fed members over when to begin tapering, it meant investors were still uncertain over the policy shift.

“While we initially saw markets spike on the prospect of a more patient Federal Reserve, we have since seen traders realize that today’s data is unlikely to push the Fed to change course.”

Focus is also on the potential passage of U.S. President Joe Biden’s $3.5 trillion budget package, which is expected to include a proposed corporate tax rate hike to 26.5% from 21%. read more

“We are in a seasonally cautious atmosphere, so I don’t expect big gains or declines either way. But I expect a market that’s trying to stabilize and will begin to focus on the macro scene, and less on the threat of Delta,” said Peter Cardillo, chief market economist at Spartan Capital Securities in New York.

Market participants are expecting a substantial correction in stock markets by the end of the year, with some investors turning bearish on a global economic recovery, a Bank of America survey showed. read more

Major technology and healthcare stocks, however, marked small gains, supporting the Nasdaq (.IXIC) as investors pivoted to relatively safer sectors. Apple Inc (AAPL.O) rose 0.4% ahead of the widely anticipated launch of a new iPhone later in the day.

Reporting by Ambar Warrick in Bengaluru; Editing by Arun Koyyur and Anil D’Silva