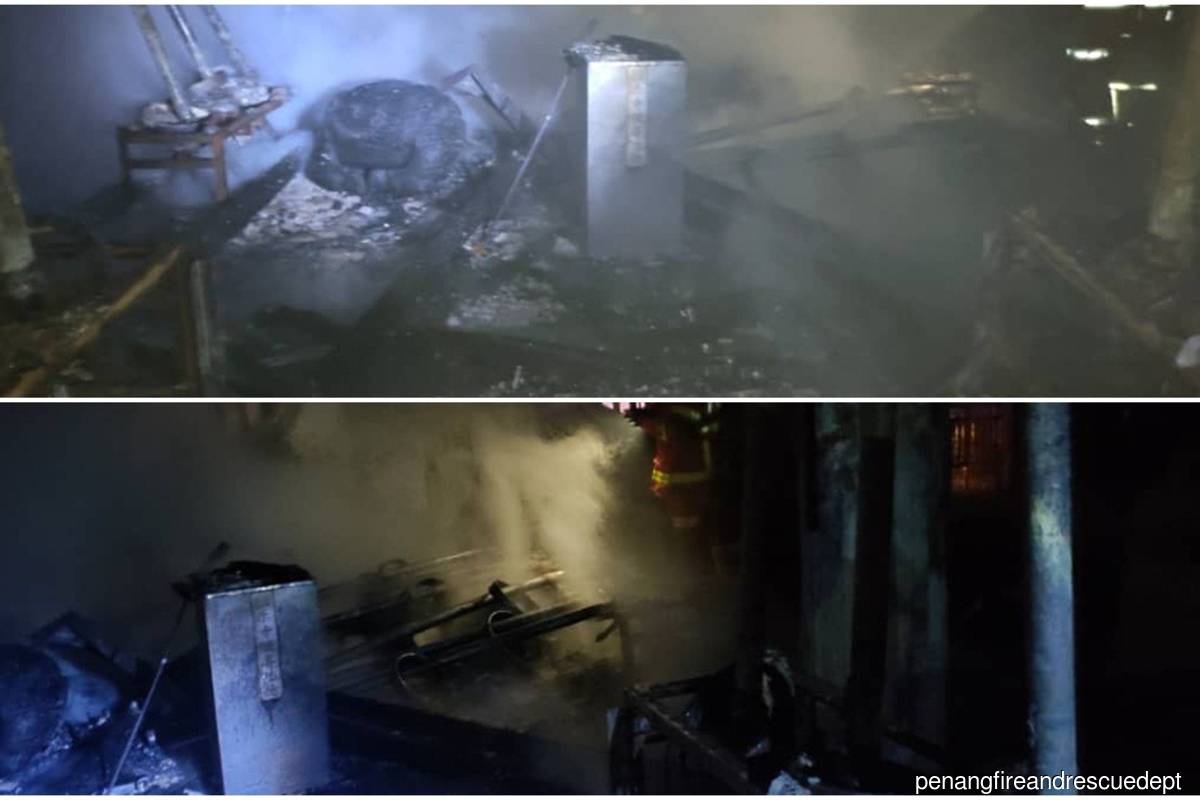 GEORGE TOWN (Oct 12): A fire broke out in the early hours of Tuesday at the Kek Lok Si hill temple complex in Air Itam.

Penang Fire and Rescue Department (JBPM) operations officer Muhamad Norhisham Ibrahim said the distress call was received at 2.56am and a unit from the Paya Terubong Fire and Rescue Station (BBP) was dispatched to the location.

“When firefighters arrived, flames had engulfed one of the temples on the hill. They took about an hour to bring the fire under control.

“The fire was fully extinguished at about 6am. Over 70% of the 18.5sqm temple was damaged. No lives were lost and no one was hurt,” Muhamad Norhisham said, while adding that the cause of the fire is still under investigation.

He said three fire engines and over 50 firefighters — including from BBP Jalan Perak and the voluntary fire force — were sent.

Built between 1890 and 1930, it is famous for the seven-storey Pagoda of Rama VI (Pagoda of Ten Thousand Buddhas) and 36.57m bronze statue of the Goddess of Mercy (Kuan Yin).

NEWS: Ikea celebrates a quarter of a century in Malaysia