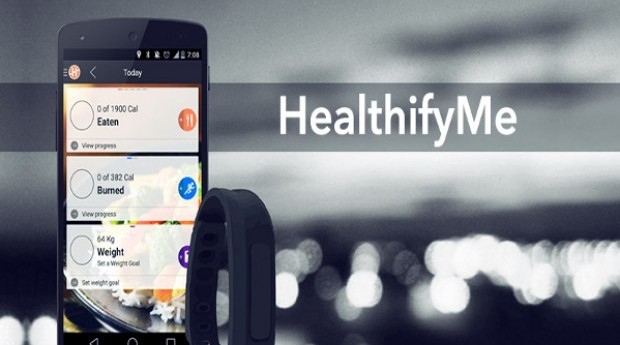 Health and fitness startup, HealthifyMe on Tuesday said that it has raised $75 million as a part of its Series C round led by LeapFrog and Khosla Ventures.

With the current fundraise the total investments raised by the company till date stands at $100 million.

HealthifyMe will use the proceeds from the current round to make inroads into North America, while setting up an office in the US. It also plans to deepen its focus and target local demographics in 12 countries, where it already has a presence in.

Currently, the startup has an international presence across Southeast Asian countries of Singapore, Malaysia and Indonesia; Saudi Arabia and UAE in the Middle East; as well as in the UK and Australia.

With regards to its global expansion, the Bengaluru-based startup will hire 1000 trainers across these geographies, and an additional 25 individuals to support its international operations. This includes local business executives in these geographies.

“The funding will hold us in good stead for our international plans as we look to launch our HealthifyCoach, HealthifySmart and HealthifyStudio offerings in the US over the next six months. Our users in international geographies are largely Indian expats, and we now want to target local demographics to deepen our presence in these markets,” said Tushar Vashisht, co-founder and chief executive officer (CEO), HealthifyMe.

The company currently has almost 25 million users and aims to reach $40 million customers by the end of the current fiscal (FY’22), said Vashisht in an interaction with Mint. He also added that the company will look to gain ‘unicorn’ status over the next 18 months.

HealthifyMe claims to be on track to hit $50 million in annual revenue run rate within the next six months, it said. At present, close to 25% of the platform’s revenues comes from international markets.

“Digital health and fitness have leaped forward in the pandemic times and this space will see several unicorns in the next 2-3 years. I have been tracking HealthifyMe for a few years now. What they have achieved in India with their AI coaching solution at scale is truly pioneering. We are excited about the potential as they scale globally – specifically in North America, where 2 out 3 adults are overweight or obese,” said Vinod Khosla, founding partner at Khosla Ventures.

It also recently launched ‘HealthifyPlus’, an offering for customers with chronic medical conditions such as diabetes, cholesterol, hypertension, and thyroid. Last year, it also forayed into the at-home live workout segment through ‘HealthifyStudio’.

“Investing in prevention and treatment of chronic disease has long been a focus for LeapFrog’s healthcare team. HealthifyMe has created a powerful intersection between health and technology that can be accessed by 760 million smartphone users from India’s metropolitan cities to small rural towns,” said Dr Biju Mohandas, partner at LeapFrog Investments.

HealthifyMe is also actively scouting for acquisitions to improve its AI platform and for achieving inorganic growth in international markets.

Earlier in July 2020, health and fitness startup, Curefit also forayed into the US, and recently acquired California-based digital trainer and workout app Onyx, to bolster its play in the market.

This article was first published on livemint.

Bring stories like this into your inbox every day.
Sign up for our newsletter – The Daily Brief

The company said it will use the capital to get 100 million new customers on the platform in India and abroad, starting with Malaysia and followed by

The round also saw participation from Samsung NEXT, Atlas Asset Management and Dream Incubator, along with existing backers.