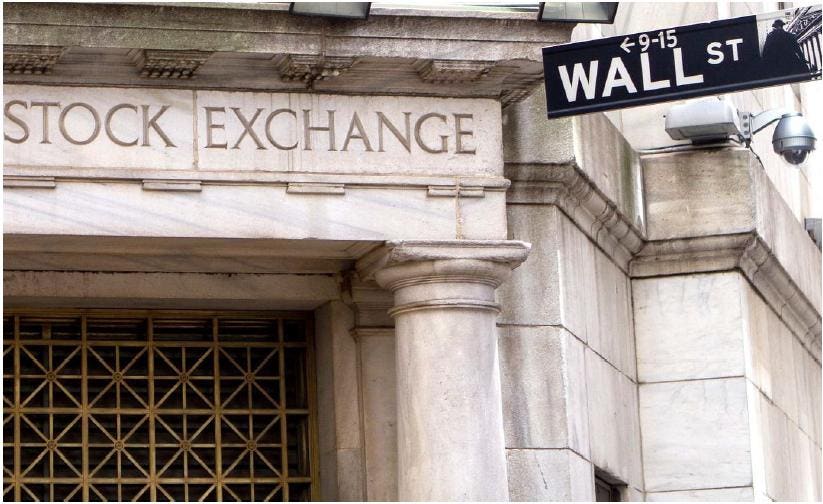 Stocks are mostly mixed, but a few individual companies are making news
Consumer Price Index numbers are telling a complex story
Higher oil prices and forecasts are stirring up alternatives

Oil futures (/CL) are up 1% this morning ahead of the crude oil inventories report. While the NY Empire State Manufacturing Index was nearly double forecast. However, the news failed to move markets.

It’s hard to get Microsoft (MSFT) to move 1% but its announcement that it’s hiking its quarterly dividend 11% and starting a $60 billion stock buyback program has the stock on the move. The news helped sustain Dow Jones Industrial Average futures (/YM) which appear to be battling downward pressure. Stock index futures are mixed Wednesday morning with the NASDAQ 100 (NQ) and S&P 500 (/ES) on the positive side.

A few Covid stocks are making waves this morning. Regeneron (REGN) traded more than 2% higher in pre-market trading on news that the U.S. government purchased an additional 1.4 million doses of its monoclonal antibody treatment for Covid-19. CureVac’s (CVAC) vaccine has disappointed in clinical trials leading to the company canceling deals with two manufacturers.

Some gaming stocks are trading lower again because China and Macau want to tighten control over the casino industry. Wynn Resorts (WYNN) fell 10.9% on Tuesday and Las Vegas Sands (LVS) was down 9.6% and both stocks were down 5% in premarket trading. It’s hard to predict regulatory changes so be careful if you’re trying to pick a bottom.

Other stocks to watch include Citrix (CTXS) which climbed 7.8% in premarket trading as the Wall Street Journal reported that hedge fund Elliott Management had more than $1 billion in the stock. And, Squarespace (SQSP) because it’s up 4.9% before the open.

Tuesday’s Consumer Price Index (CPI) came in lower than expected with a seasonally adjusted 0.3% rise in August. July’s CPI rate was 0.5% and June’s was 0.9%. So, August was certainly an improvement. However, inflation has grown 5.3% over the last year, which is being felt by many consumers.

Core inflation, which excludes more volatile consumer products like food and energy, was up only 0.1% for August, but 4.3% year over year. Slowing price rises is arguably a good sign that the current inflation may only be transitory. However, Monish Patolawala, CFO of 3M (MMM) told a Morgan Stanley (MS) conference on Monday that inflation is greater than expected and it’s hitting the company’s bottom line.

It’s often difficult to know how much inflation will actually affect the consumer. Companies may have to pay higher prices for raw materials, parts, machinery, etc. but they can’t always pass those extra costs on. One basic principle of economics is that a product is only worth what a person is willing to pay for it. If the company raises the price on a product, consumers may choose not to buy it or buy less of it.

Losing the consumer puts a company in a tough spot because it must determine if it can absorb the costs and go with a lower profit margin or whether to discontinue the product. The summer earnings season was quite positive, which means many companies appear to have managed the recent inflation issues. Hopefully, companies can keep up the trend.

Tuesday morning, stock futures initially rallied on the CPI news. However, the rally faded in the morning session. The S&P 500 index closed lower on Tuesday for the sixth straight session. Concerns over the Delta variant continue to haunt investors, at least with the current uptrend without any major corrections.

The slowing inflation could mean that the Fed won’t feel the need to taper any sooner which puts less pressure on Fed Chairman Jerome Powell. Powell appears to be pleasing President Biden, according to Barron’s, some Washington Watchers believe Powell will get a second term as the Fed chair.

Apple (AAPL) also traded lower despite its much anticipated Apple Event. While the new phone colors are impressive, it may be hard to imagine consumers paying more than a grand for a new phone when the cost of living continues to rise.

CHART OF THE DAY: HEATING UP IN HEATING. Natural gas prices (/NG–candlestick) and heating oil … [+] (/HO–purple line) have rallied in 2021 after spending some time at historically low levels. The lower prices were likely welcomed by consumers looking to heat their homes, but this winter could be shaping up to be a bit more expensive, looking at the futures market.
Data Sources: ICE, S&P Dow Jones Indices. Chart source: The thinkorswim(R) platform.

A New Energy Crisis?: In Monday’s Bloomberg interview, the Global Head of Commodities Research Division at Goldman Sachs (GS), Jeff Currie, reiterated his $80 per barrel crude oil (/CL) forecast by year-end. In June, a Bank of America Global Research report forecasted $100 per barrel in 2022. While the core CPI removes oil and food prices, oil prices could be a major drag on the economy if it hits these targets.

Natural gas (/NG) prices have also climbed about 100% year to date. According to CNBC, Europe is experiencing a gas shortage which is helping to drive the commodity higher. Storage of natural gas is 16% below its five year average in Europe and 7.6% in the U.S. Natural gas companies like Chevron (CVX), ConocoPhillips (COP), Hess (HES), Occidental (OXY), and Pioneer (PXD) will be some of the companies set to help meet the rising demand.

The potential rise in natural gas price will likely correlate with the severity of winter temperatures.

The Nuclear Option: Another commodity that’s garnering attention from futures traders is uranium (/UX). The rare material has exploded up the chart about 45% since mid-August. Uranium miner Comeco (CCJ) is one of very few miners to benefit from the rally.

There aren’t many uses for uranium and the biggest is nuclear energy. In June, Business Insider reported that Bill Gates and Warren Buffet planned to build a “Next-Gen” nuclear plant in Wyoming. Bill Gates is the founder of TerraPower which designs nuclear reactors and was awarded $80 million in initial funding by the US energy department. While Warren Buffet’s Berkshire Hathaway (BRK/A) owns the utility PacifiCorp. The power plant is expected to cost a billion dollars and take about seven years to build.

The announcement puts the partnership in a wide open field. Bloom Energy (BE) is one of the few remaining publicly-traded nuclear power plant companies. However, because some still see nuclear energy as controversial, that could cause a few regulatory roadblocks for the sector.

Interest in Shorting Goes Cold: Goldman Sachs Global Investment Research reported that short interest in S&P 500 stocks has dropped to the lowest level since 2000. Shorting is a strategy where an investor tries to play the downside of a stock by selling borrowed shares and buying them back at a lower price. Of course, the risk of loss is potentially unlimited since there is no limit to how high the price of a stock could rise. Short interest is a measure of how many shares of a stock are currently sold short.

Last year, many bearish investors actually took it in the shorts as meme traders targeted their positions and forced them to buy back their shares. In some cases, at very big losses. Companies like GameStop (GME) and AMC (AMC) experienced huge gains as the shorts were squeezed out of their positions.

It may be that many short sellers are a little nervous to play the downside of the market. The last time S&P 500 short interest was this low was during the 2000 dotcom bubble. This low level may suggest that the market is overheating.