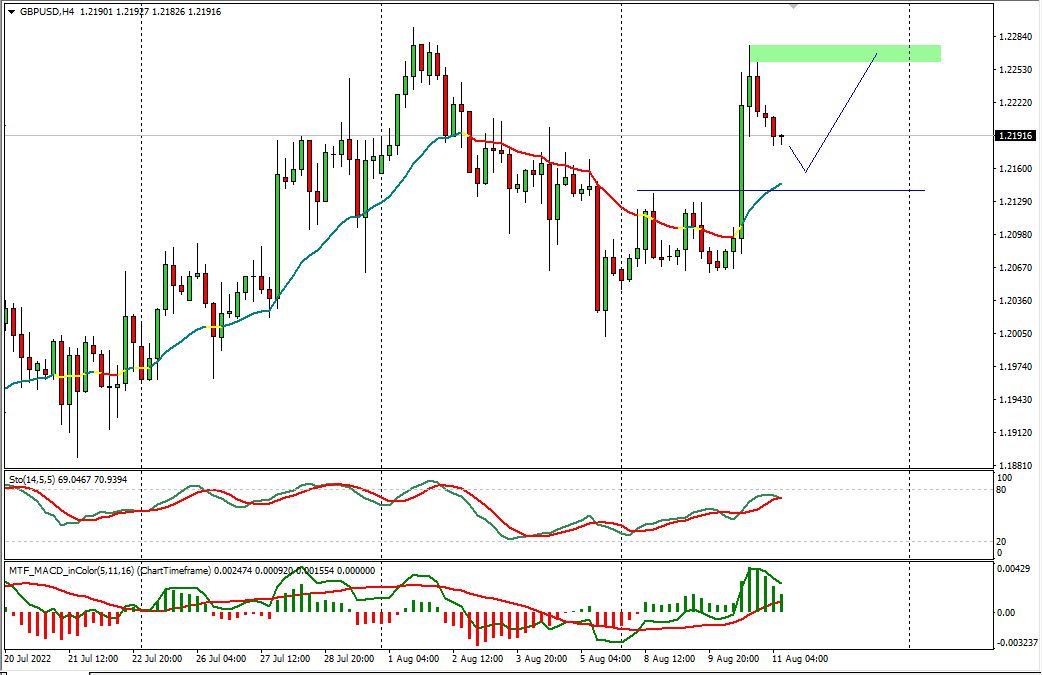 – The U.S. dollar fell broadly on Wednesday following a cooler-than-expected U.S. inflation report for July that raised expectations of a less aggressive interest rate hike cycle than previously anticipated from the Federal Reserve.

– U.S. consumer prices were unchanged in July  compared to June, when prices rose a monthly 1.3% as the cost of gasoline plunged, delivering the first notable sign of relief for Americans who have watched inflation climb over the past two years.

– The euro was at $1.0297 on Thursday morning, after jumping 0.84% the day before, its biggest daily percentage gain since mid-June, while sterling gained 1.16% to $1.2214, with the British pound on track for its best single-day performances since mid-June.

– Gold reversed course to trade lower after reaching a high of $1807.75 as hawkish remarks from U.S. Federal Reserve officials dampened hopes of a let-up in aggressive policy tightening after tame inflation data. Gold was last at $1784.95 in late Thursday morning.

3. A tame US inflation and a decline in U.S. Treasury yields are both likely to weigh on the U.S. dollar.

4. Price is likely to be supported by a previous resistance turned support line and the 20EMA and MACD is  hinting at a bullish price trend.

1. A tame US inflation has raised expectations of a less aggressive interest rate hike by the Federal Reserve.

2. A decline in US Treasury yields is weighing on the US dollar.

1. Price is likely to be supported by a previous resistance turned support line and the 20EMA.

2. MACD remains bullish and is hinting at a bullish price trend.

USD/JPY – Price reached a low of 132.02 overnight, which was the Fibonacci 62% of the rally from the low of 130.38 to the high at 135.57. As long as price stays above the Fibonacci 62%, the bullish price trend remains intact and we could see a test of the previous high at in the next few days. However a break of the Fibonacci 62% support is likely to send price lower to 130.38. Both MACD and 20EMA are bearish but stochastic is hinting at a price rally.

EUR/USD – Price reached an overnight high at 1.0368. There was also a Shooting Star candlestick price pattern formed at the high, hinting at a trend reversal. The reversal is likely to send price lower to the previous resistance turned support line and the 20EMA line at 1.0245. If price can stay above this support, we are likely to see another rally to test the high at 1.0368. A move below this support is likely to send price lower to 1.0150.

XAG/USD – Price made another fresh high overnight at $20.83 but this high was accompanied by a divergence warning from the MACD indicator, warning of a possible price high. Stochastic is also moving lower and hinting at a price decline. However, both MACD and 20EMA remain bullish.  If price were to move below the support at $20.33, it will confirm a Double Top chart pattern and calls for a price decline to $19.83.

XAU/USD – Price reached a high of $1807.80 overnight but this high was also accompanied by a divergence warning from the from the MACD indicator. This is a warning of a possible price high. Stochastic is turning down and is hinting at a price decline. 20EMA has also turned bearish but MACD remains bullish at the moment. We think price has reached a high and could be heading lower to $1754 over the next few days.

AUD/USD – We had a sell call at 0.6960 yesterday but the tame inflation data send price higher for this pair above our stop at 0.6995. We were wrong and we lost 35 pips on this trade. The trend is bullish as both MACD and 20EMA are both hinting at a bullish price trend. Stochastic is in the overbought zone and is hinting at a price decline. We think there could be a correction towards the 20EMA line at 0.7060 and from this support zone, price could be moving higher to test the previous high of 0.7108 in the next few days.