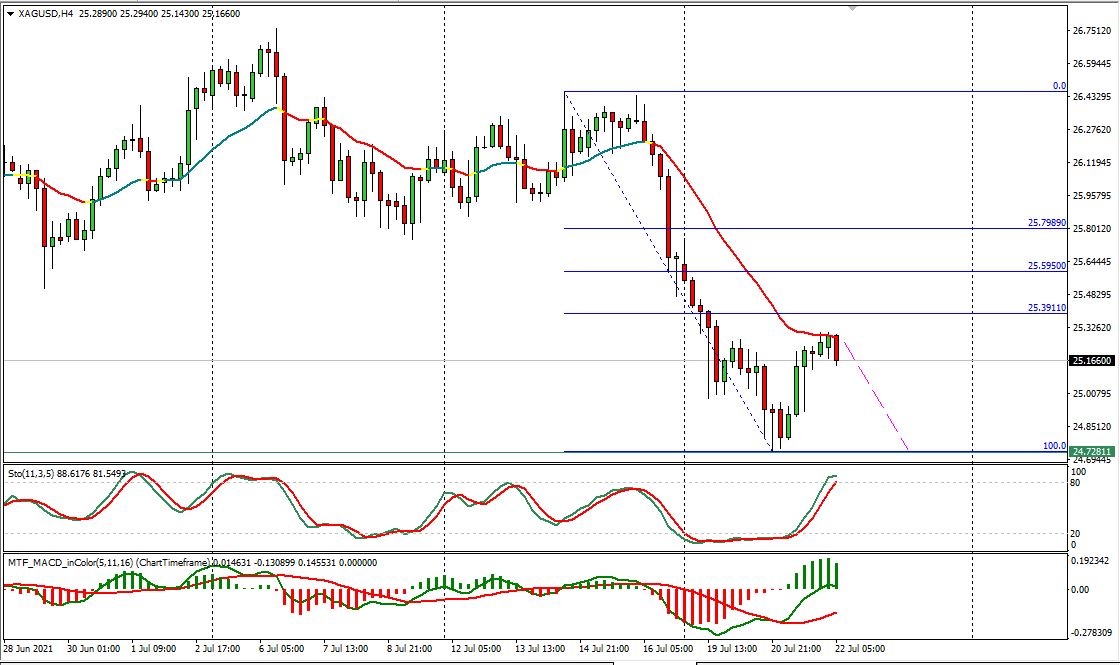 Market Talk
– The dollar was up on Thursday morning in Asia but off multi-month highs as risk appetite made a comeback with stocks higher, although investors remained cautious amid inflation fears and concerns about the highly-contagious coronavirus variant.

– Another safe haven, the Japanese yen, edged down to 110.13, with Japanese markets closed for a holiday and as risk aversion eased. Aussie changed hands at 0.7350, from an eight-month low of 0.7289 on the previous day, even with half the Australian population under lockdown.

– The British pound recovered from a five-and-a-half month low of 1.3572 hit on Tuesday, even as the number of COVID-19 cases involving the Delta variant continues to rise in the U.K. and confusion remains over the lifting of restrictive measures in England.

– The euro traded at 1.1789, climbing above Wednesday’s three-and-a-half-month low of 1.1751. ECB will implement changes to their strategy for the first time and is widely expected to maintain its dovish stance, which could weaken the euro over the medium term.

– Gold dropped for a second straight session to its lowest level in more than a week, as risk appetite resumed with equities and U.S. bond yields rebounding to curb safe-haven bullion bids.

3. Concerns over Delta variant and US tapering are both likely to keep the US dollar strong.

4. Price is facing a strong resistance with MACD and 20EMA hinting of a bearish price trend.

1. Concerns about the highly-contagious coronavirus Delta variant is keeping the safe haven US dollar strong.

2. Inflation fears is leading to an earlier Fed tapering which is likely to keep the US dollar strong.

1. Price is likely to be capped by the 20EMA line and Fibonacci 38% correction point.

2. MACD and 20EMA are both bearish and hinting of a bearish price trend ahead.

USD/JPY – Price had reached a high of 110.38 overnight after hitting a low of 109.06 on Monday. On the 4-hourly chart, Stochastic has a bearish crossover and is likely to move lower dragging price along with it to 109.85. We will view this decline as a corrective decline as MACD and 20EMA have both turned bullish. We would prefer to go long near 109.80 for rally to 110.80 in the next few days.

EUR/USD – Price had reached a low of 1.1751 overnight and this could be a possible low. We were looking at 1.1705 yesterday but with MACD showing a divergence and Stochastic moving higher, price is now likely to move higher to test the resistance at 1.1825 in the next couple of days. 20EMA is also turning bullish and hinting of a bullish price trend ahead. Only a move below 1.1750 would negate our bullish view for the next few days ahead.

GBP/USD – Price had reached a low of 1.3571 on Tuesday which was also the Fibonacci 161.8% projection target of the earlier decline from 1.4132 to the low of 1.3787. Since that low, we have seen a price rally to 1.3735. The next immediate resistance comes in at 1.3780. Stochastic continues to rise and 20EMA has turned bullish and is now hinting of a bullish price trend.

XAU/USD – In our update yesterday, we were looking for a decline to $1785 if price was capped at $1814. However, while price was capped by $1814, the overnight low at $1797.15 was accompanied by a divergence warning from MACD. Stochastic is also in the oversold zone and is likely to move higher soon. Price may have found a bottom and we could be looking at a movement to $1824 over the next few days.

USD/CAD – We had a buy call on this pair yesterday but our call was wrong. We lost 40 pips on this trade. Price had declined to a low of 1.2525 overnight and we are likely to see a pullback in price to the 20EMA resistance at 1.2640 as Stochastic has reached its oversold extreme. 20EMA and MACD remain bearish which is hinting that the rally to 1.2640 is likely to be a correction.