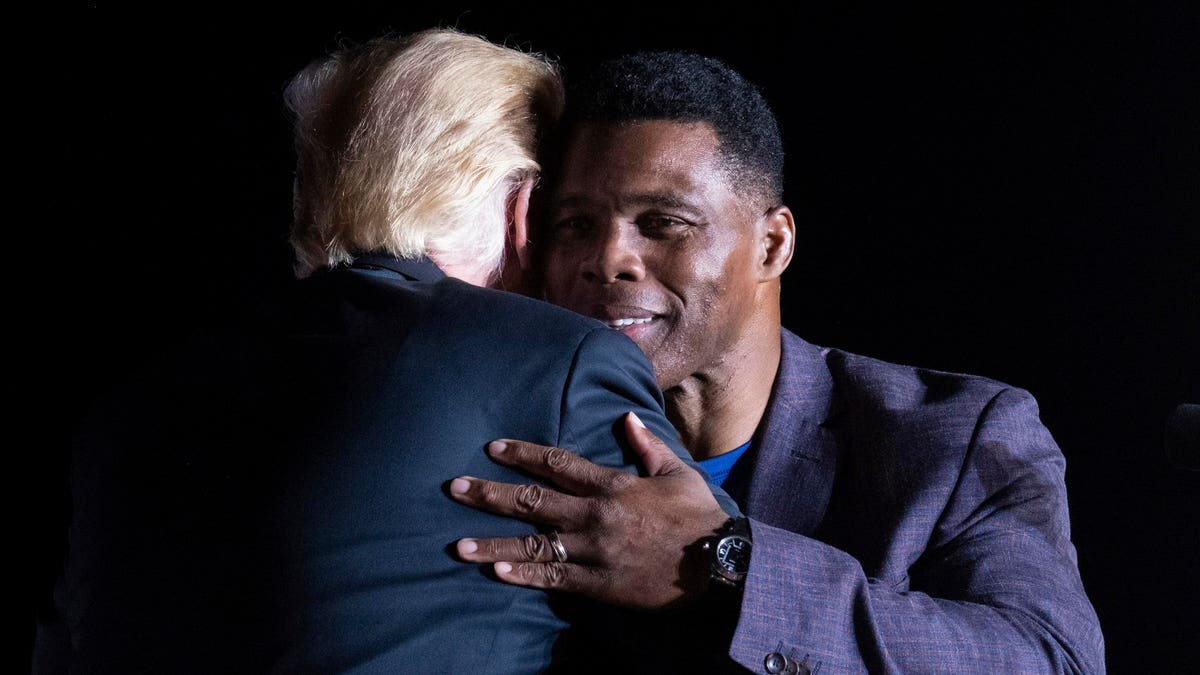 Trump-endorsed U.S. Senate candidate Herschel Walker has called off a fundraiser set to be hosted by a conservative filmmaker this weekend following backlash over her use of an image of syringes in the shape of a swastika for her Twitter profile picture, according to The Atlanta Journal-Constitution, in a reversal for the campaign after defending the imagery earlier Wednesday.

Walker decided to “call off” the event at the Texas home of film producer Bettina Sofia Viviano-Langlais because the campaign determined the image in her Twitter profile picture was “very offensive and does not reflect the values of Herschel Walker of his campaign,” according to the newspaper.

A campaign spokeswoman earlier in the day defended the imagery, telling media it was “clearly an anti-mandatory vaccination graphic.”

Viviano-Langlais, who goes by “Hollywood Resistance” on Twitter, changed her profile picture after the swastika image was widely publicized Wednesday morning.

The Walker campaign did not immediately respond to a request for comment from Forbes.

Walker has emerged as a favorite candidate among Trump supporters for the 2022 midterm elections, and fundraising numbers show it. Walker’s nascent campaign announced Monday it had raised $3.7 million during just its first five weeks, with the money coming from nearly 50,000 donations across all 50 states. Trump has spoken glowingly of Walker, who was a featured guest at Trump’s “Save America” rally in Perry, Georgia, last month. Early polling shows Walker far ahead of other candidates seeking the Republican nomination, including longtime state Agriculture Commissioner Gary Black. The GOP nominee will likely go on to face Democratic incumbent Sen. Raphael Warnock in the general election, which is expected to be one of the most hotly contested and high-profile races of the midterm elections.

Walker already has the advantage of widespread name recognition in Georgia as a football legend in the state. Walker’s three years as running back at the University of Georgia from 1980-1982 are considered some of the best in college football history. Walker scored 52 touchdowns and was awarded the Heisman Trophy in 1982.

Walker hasn’t actually lived in Georgia in at least a decade. Since 2011, the Georgia native has claimed a homestead exemption on a house in Texas, designating it as his primary residence. Legally, Walker must be a Georgia resident at the time of the election to serve in the Senate.