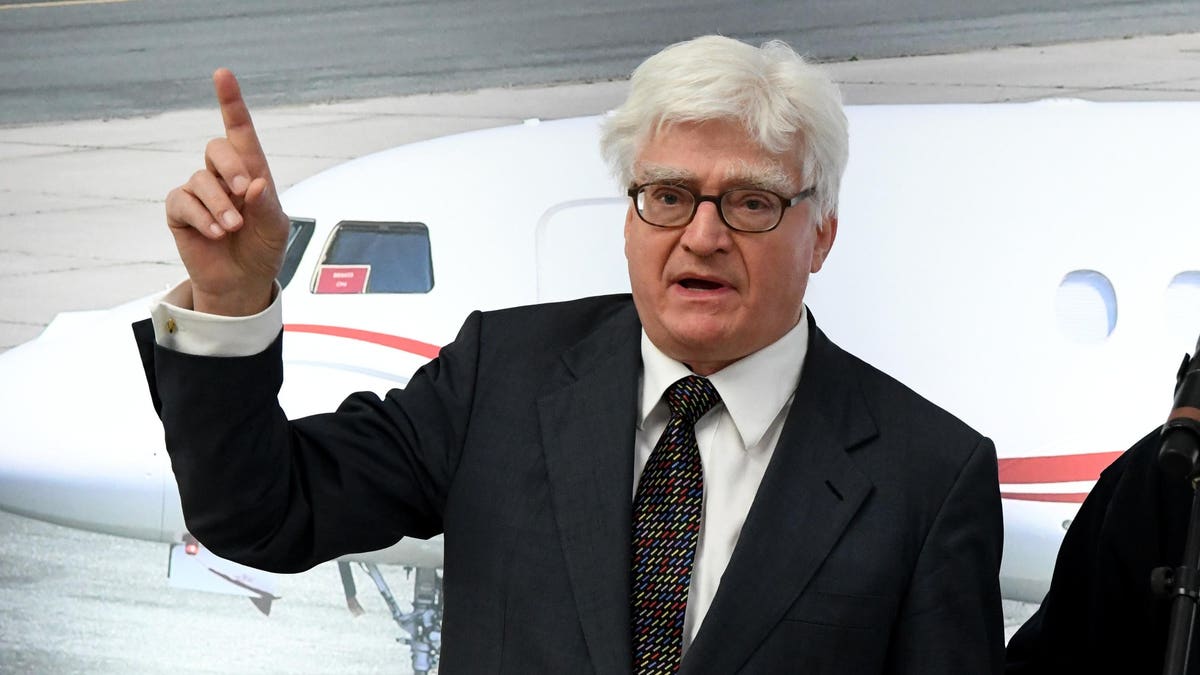 Police in Germany have launched an investigation into a millionaire doctor who claims to have developed his own coronavirus vaccine and administered more than 20,000 homemade doses to members of the public without authorization.

Winfried Stocker, owner of Lubeck Airport, speaks after the handover of the airport license from the … [+] European Aviation Safety Agency in 2019.
picture alliance via Getty Images

Police said by the time they arrived, 50 people appeared to have been jabbed with the so-called Stocker vaccine and 200 more people were in line when authorities sent everyone home, according to Deutsche Welle.

Operating a vaccination site or inoculation campaign without a license is illegal in Germany under the company’s Medicines Act.

Stocker told German tabloid Bild that he opted not to pursue approval for his vaccine because it would “take too long and cost millions,” according to a translation by the Irish Times.

The doctor’s lawyer told the newspaper Stocker was not at the airport during the vaccine drive, did not administer doses and had not been charged.

Germany falls behind many other European Union countries in terms of inoculation, with only 68.4% of the population fully vaccinated against coronavirus. According to the New York Times, Germany and other German-speaking countries in Europe have lower rates of vaccination in part because of the popularity of alternative medicine and the nations’ tradition of decentralized government and individual independence. On Monday, the country’s next chancellor Olaf Scholz indicated he would support a national vaccine mandate. Germany is grappling with a surge of coronavirus cases, and over the weekend two cases of the new Omicron variant — which experts fear could be more infectious — were detected in the country.

Stocker made headlines this year when he claimed he privately developed a coronavirus vaccine with a 97% efficacy rate, which he determined after testing himself and around 100 volunteers, according to Deutsche Welle. Germany’s drug regulator, the Paul Ehrlich Institute, told the Irish Times Monday it reached out to Stocker about testing his vaccine last year. According to the group, he did not respond to the offer.