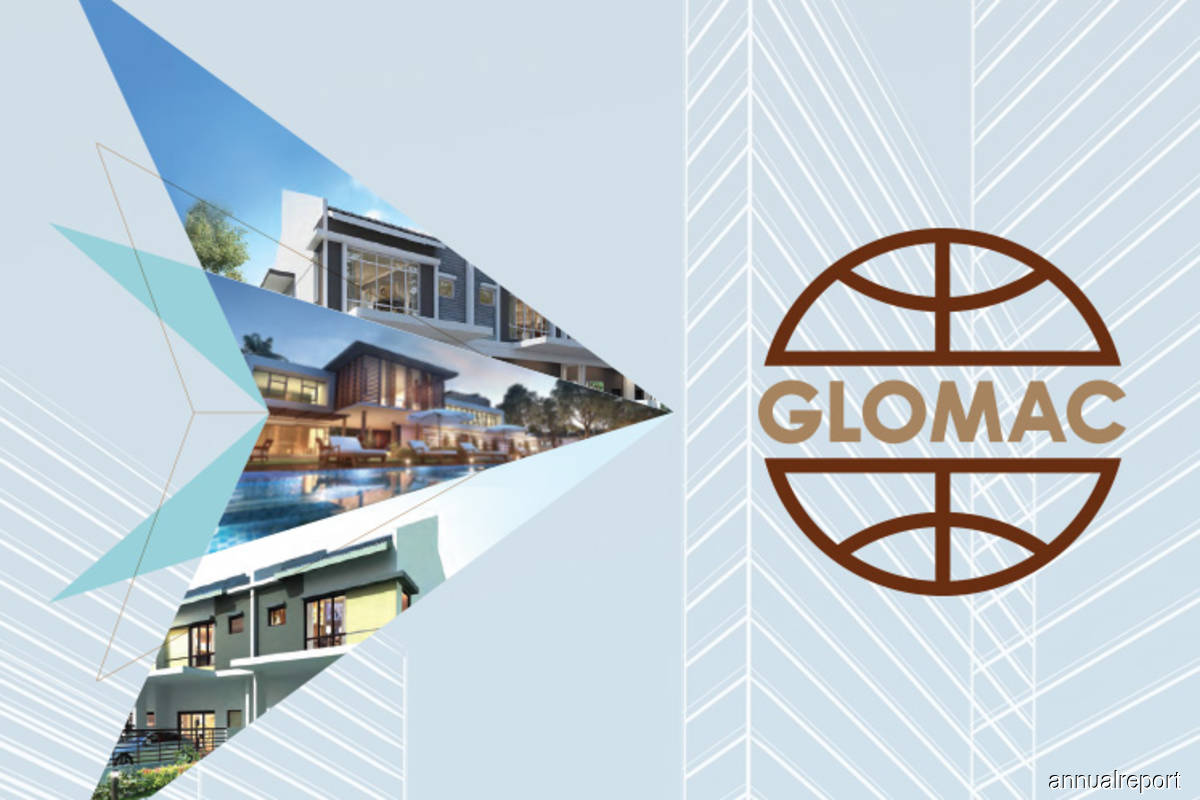 KUALA LUMPUR (Nov 29): Glomac Bhd reported a net profit of RM11.52 million for its second quarter ended Oct 31, 2021 (2QFY22), a 37.14% increase from RM8.4 million in the same quarter last year, despite its operations being forced to stop due to the various phases of the Movement Control Order (MCO).

“Glomac’s balance sheet remains healthy. As at Oct 31, 2021, net gearing improved to 0.23 times, from 0.25 times at the start of the financial year, whilst cash and cash deposits totalled RM214.5 million, providing ample liquidity to further drive its development activities. The group’s net assets per share was slightly higher at RM1.47,” the group said in a statement.

In the near term, Glomac said its earnings visibility is well supported by its unbilled sales of RM526 million and the resumption of construction activities, but it remains cautious of overhanging uncertainties from the pandemic that might dampen sentiment, despite growing optimism for the economy’s reopening.

Glomac said it looks forward to boosting its sales initiatives as economic restrictions are being lifted and the economy reopens. It added that it will continue its two-pronged marketing strategy by leveraging on its digital marketing platform and its conventional physical sales gallery.

The group plans to launch new projects with a gross development value (GDV) of RM216 million in 2HFY22.

This includes additional phases of landed residential units in its existing townships such as Saujana Perdana, Saujana KLIA and Saujana Jaya in Johor, as well as the debut of Saujana Utama 5 in Sungai Buloh, a new residential township development with an estimated GDV of RM299 million that is adjacent to Glomac’s flagship development, Bandar Saujana Utama.

Currently, Glomac sits on a portfolio of prime development landbank with a potential GDV of RM8 billion, which it said combined with its healthy balance sheet, would easily enable it to accelerate its development activities and drive longer term growth when sentiment improves.

Glomac Bhd managing director and CEO Datuk Seri Fateh Iskandar Mansor said the group is relooking at whether to acquire and replenish its landbank as Glomac currently has a healthy balance sheet.

Speaking at Glomac’s financial results virtual briefing, he noted with caution that any plan with regards to its landbank needs to be thought through despite the economy reopening, as market sentiments are not very strong at the moment.

“Although buyers are coming back, what is worrying now is the construction, because there is not enough labourers, and material prices are still high,” Fateh Iskandar said.

“What is worrying in the last two months or so, is that when we call for a tender, most of our usual contractors are not participating, as they do not see any stability in prices of materials such as steel and cement,” he added.

He revealed that most contractors have said they are waiting until after February, causing a dilemma as the high take-up rate in its projects might not be constructed on time.

When asked about how the current labour market shortage compares to the past, Fateh Iskandar said these are unprecedented situations that do not have past comparatives and that Glomac is looking at all possible alternatives to mitigate the impact on the group.

Shares of Glomac traded flat at 32 sen on Monday (Nov 29), giving the property developer a market capitalisation of RM256.09 million.