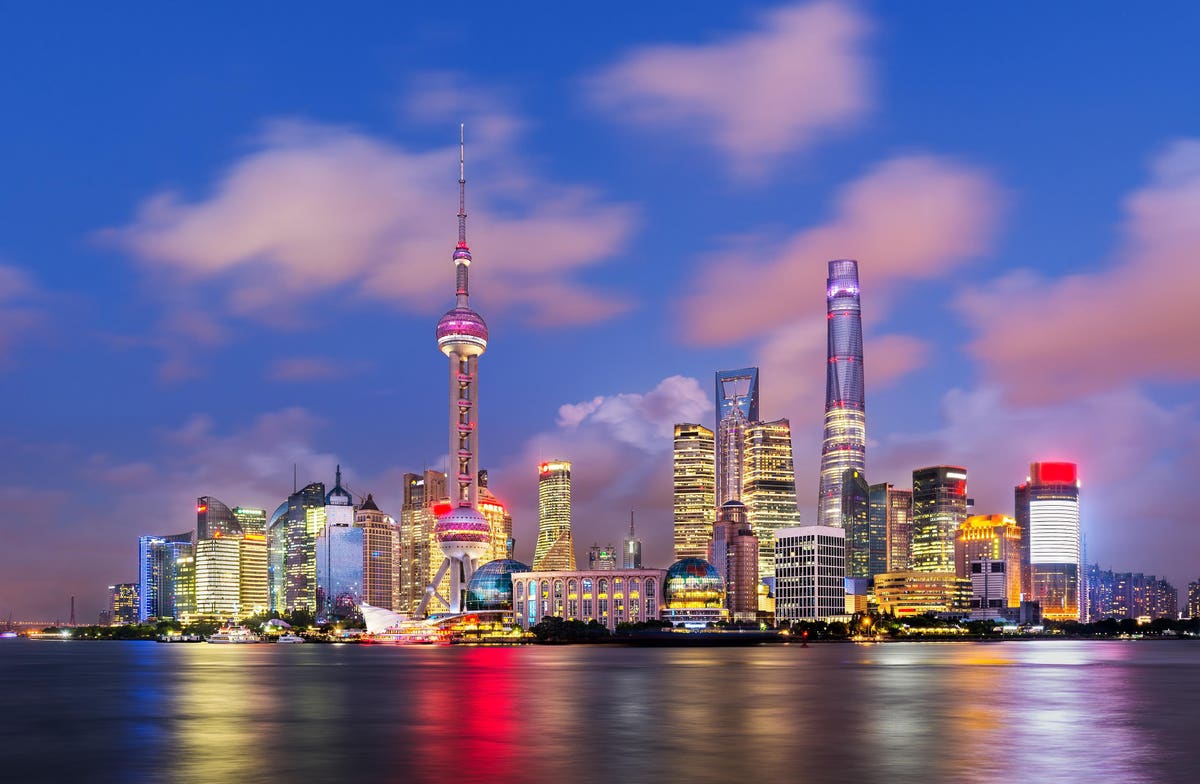 The Shanghai skyline along the Huangpu river, China.
getty

The most worrisome such blaze, say analysts at Goldman Sachs, is surging local government debt levels that President Xi Jinping’s men have done their best to hide. The default troubles at the globe’s most indebted property development seem like small embers compared to the $8.2 trillion worth of local government financing vehicles outstanding.

And that’s just the LGFVs we know of. The data that Goldman’s Maggie Wei highlights is as of the end of 2020. Clearly, the tally is higher now–perhaps markedly. Ten months ago, these shadowy investment schemes had reached 53 trillion yuan, up from 16 trillion yuan, or $2.47 trillion, in 2013. They now amount to roughly 52% of China’s gross domestic product, topping the official amount of outstanding government debt.

In other words, as scary at the $300 billion Evergrande story might be, Xi’s government has much bigger problems on its hands. The most acute: keeping GDP this year from falling too far below the 6% Beijing hoped to produce without adding to the nation’s bubble troubles.

The forces behind local governments sitting on financing-vehicle debt worth twice the size of Germany’s GDP date back to 2008. Even before the Lehman Brothers crisis, Communist Party dynamics encouraged municipal borrowing binges. The way local officials got attention in Beijing–and rose to national prominence–was producing above-average GDP rates.

That incentivized a couple of dozen prefectural leaders to engage in an infrastructure arms race, of sorts. Metropolises raced to build skyscrapers, six-lane highways, international airports and hotels, white-elephant stadiums, sprawling shopping districts and amusement parks and perhaps even bidding for a Guggenheim museum. Making the rounds on China’s hinterland, one often hears talk of emulating the “Bilbao effect.”

After the subprime crisis, this strategy shifted into overdrive. Local governments were a key engine then-President Hu Jintao used to avoid the worst of the global financial crisis. The same with Xi’s men when the Covid-19 crisis arrived in early 2020.

The trouble with China’s LGFV boom is the opacity accompanying it. For all their talk of giving market forces a “decisive” role since 2012, China’s leaders have made the country less transparent. Nor has the credit rating system kept pace with the growth in Chinese capital markets.

Bilbao’s Guggenheim museum with “Mama,” the spider sculpture, in front and the Iberdrola tower at … [+] back by Nervion river.
Raquel Maria Carbonell Pagola/LightRocket via Getty Images

These days, international investment banks and news organizations worry that warning about China’s local government debt bubble will open them up to retaliation. Not a great look for Asia’s biggest economy as it puts out the welcome mat for BlackRock, JPMorgan, UBS and others rushing its way.

Local government borrowing schemes scratch at another where-there’s-smoke-there’s-fire worry: China’s massive shadow banking universe. To be sure, China’s government, as part of efforts to rein in shadow banking, has taken aim at more than $1 trillion of opaque products marketed as low risk and high yield. All too often, these so-called cash management products have channeled money into riskier borrowers such as developers.

In June, the People’s Bank of China and the China Banking and Insurance Regulatory Commission restricted such products from buying bonds rated lower than “AA.”

Yet as analyst Janet Liu at Fitch Ratings observe in a July 12 report, “cash wealth-management products have been an important source of funding for weak LGFVs that encounter difficulties in secure bank borrowing. We expect the change to lower systematic risk over the long term, but reduced financing options for weak LGFVs will further weaken their financial flexibility.”

That loss of flexibility could create control problems in the short run. It also serves as a microcosm of interlocking risks festering under the surface of an economy Xi is making more and more opaque. No wonder why the travails of developers like Evergrande are unnerving global markets.

No wonder, too, that some of the globe’s biggest investors are taking a pass on yuan-denominated assets. For every Ray Dalio, founder of Bridgewater Associates, singing China Inc.’s praises, there’s a George Soros warning of the “tragic mistake” being made by those rushing into mainland markets. Somewhere in between, folks like Cathie Wood, CEO at Ark Invest are struggling to discern whether China’s tech crackdown is a reason to “buy” or “sell” yuan assets.

Count Japan’s $1.75 trillion Government Pension Investment Fund, the world’s largest, among the latter. It now says it won’t even include yuan-denominated Chinese sovereign debt in its portfolio. The timing is bad for China: the FTSE Russell is about to begin adding Chinese debt to its benchmark global bond index.

In July, GPIF President Masataka Miyazono said the investment whale needed to be cautious about investing in Chinese debt. And now, Xi’s China is getting Miyazono’s answer. The bigger question, or course, is how the Evergrande chaos collides with excessive local government debt at the same time Xi pulls the rug out from under China’s tech sector.

If you smell smoke emanating from the greater China region, you’ve got some very rich company.