GOP Sen. Toomey Says Probing Jan. 6 Is ‘Politically To The Advantage’ Of Democrats 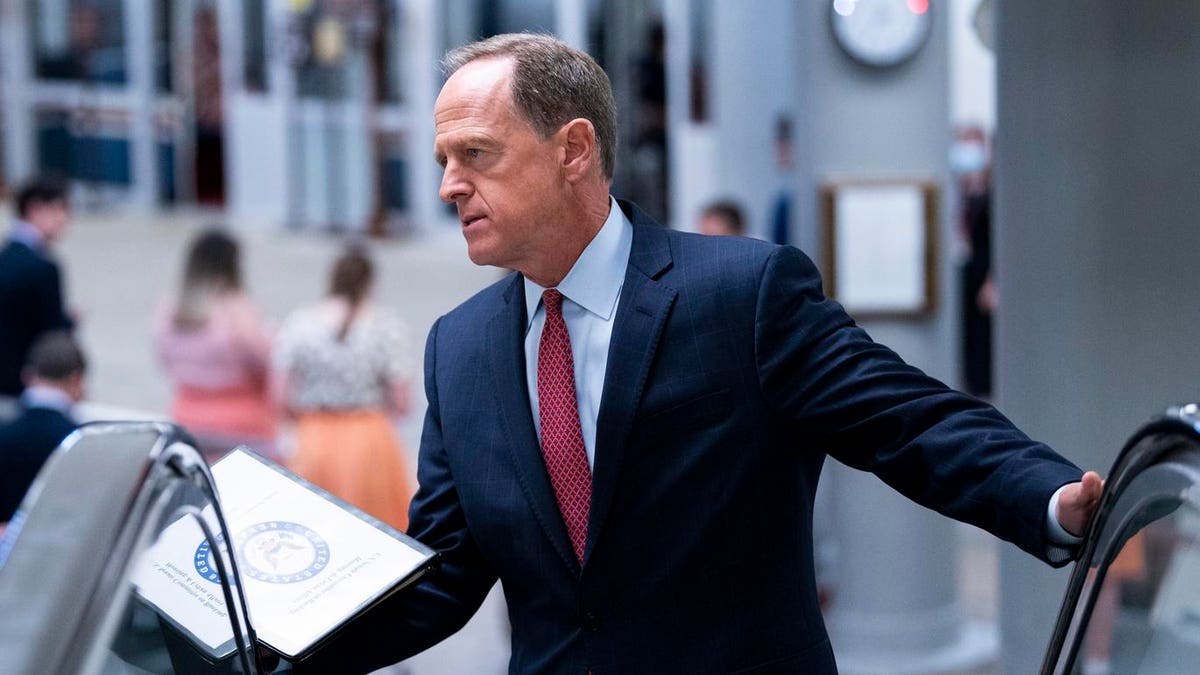 Sen. Pat Toomey (R-Pa.) said Sunday he believes investigations into the Jan. 6 attack on the U.S. Capitol are politically advantageous to Democrats, even as a second Republican signed on to join a House panel investigating the attack.

Toomey said during a CNN State of the Union appearance on Sunday that investigating the attack is “politically to the advantage” of Democrats because it keeps the issue at the “forefront” of political discourse.

Toomey, who supported a bipartisan commission to investigate the attack that was blocked by his GOP colleagues in May, said “people do want to get to the bottom of it” but said a House select committee aimed at probing the incident is “purely partisan.”

The comments came as House Speaker Nancy Pelosi said she planned to appoint Rep. Adam Kinzinger (R-Ill.) as the second Republican on the committee – which she later did – and that more Republicans have “expressed interest” in joining.

Pressed by host Jake Tapper about what his comments say about the GOP, Toomey said a “constant reminder about a terrible episode… which Donald Trump was at the heart of” deflects from a focus on President Joe Biden in the 2022 election.

Toomey’s comments were echoed by House Minority Leader Kevin McCarthy, who accused Pelosi in a statement of structuring the committee to “satisfy her political objectives.”

A major complaint among Senate Republicans who opposed the bipartisan commission was its timeline, with some expressing concerns that the probe would engulf the 2022 primary – even though the legislation required it to be wrapped up by the end of 2021. Unlike that commission, which would have had an even number of Republicans, Pelosi gets to appoint all 13 members of the select committee.

“Everybody thought Hillary Clinton was unbeatable, right? But we put together a Benghazi special committee, a select committee. What are her numbers today? Her numbers are dropping,” McCarthy, the then-House majority leader, said in 2015. The Benghazi select committee had a similar structure to the Jan. 6 panel.

“Maybe the Republicans can’t handle the truth, but we have a responsibility to seek it, to find it and in a way that retains the confidence of the American people,” Pelosi said in an ABC This Week appearance on Sunday, adding that she has “high” confidence in the select committee.

50%. That’s Biden’s approval rating in a Gallup poll of 1,007 American adults released Friday, a drop from the average 56% approval rating he enjoyed in the first three months of 2021. While his marks on coronavirus and the economy remain high in the RealClearPolitics average of polls, he faces a deficit on issues like immigration.