Green Across the Board at Closing Bell 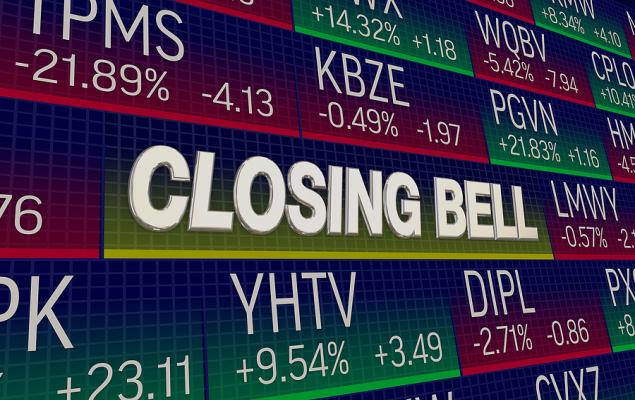 We bounced back across the board on the market indexes this Hump Day, following a sullen day of mostly selling off stocks Tuesday. Not only that, but each index reached a healthy notch upward: the Dow was up 236 points, or +0.68% — its second up day in the past three — while the Nasdaq brought in +0.82% gains. The S&P 500 was marginally better than that, +0.85%. The Russell 2000, which had been lagging the bigger indexes, was +1.11% today.

Aside from the economic metrics this morning — lighter Import Prices and hotter-than-expected Empire State data — there wasn’t much by way of a catalyst for market activity today. It would appear some buy-levels of valuation had begun to pop onto the screen after the first half of September saw some stock shedding, but it doesn’t look like a -5% hit to the market in on the way. At least it doesn’t look like that right now. Shares closed the day near session highs.

All four market indexes are off the recent highs we saw last Thursday, so even today’s healthy trading environment wasn’t enough to correct for the selling in one fell swoop. For the day, only the Utilities sector — which led markets in yesterday’s down-trading — failed to close in the green today. The other 10 S&P segments all found their way to positive territory.

We learned about a Microsoft (MSFT – Free Report) share buyback program in the works, to the tune of $60 billion. The company will be raising its dividend yield 11%. Shares of Microsoft gained about +1.7% on the day, following an impressive year-to-date gain of +37%. Once the stock advanced higher, it had mostly plateaued until a final small burst toward the end of the regular trading session.

Moderna (MRNA – Free Report) released data today, illustrating that a year after vaccine recipients received their first of two doses, the efficacy appears to give less protection. The study compared results versus subjects who were given placebo, who subsequently received their vaccine at a later date. A measurable number of breakthrough cases occurred with those subjects who were given the vaccine earlier compared with those who were vaccinated later.

Tomorrow we get more important economic data, including Initial and Continuing Jobless Claims, Retail Sales and a new Philly Fed survey. This morning we saw the Empire State index roar ahead of expectations; perhaps Philly Fed will follow suit? In any case, we shall see, an hour before the opening bell, whether employment trends continue to bring post-Covid lows and whether demand for retail goods and services remains robust.