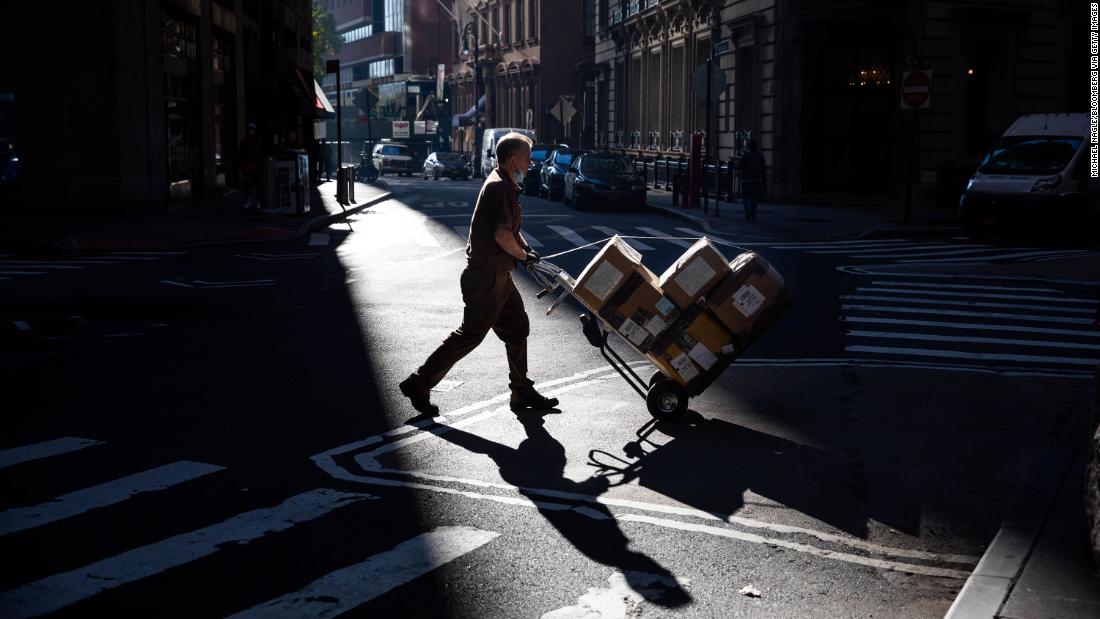 share this article!
Their announcements come as big chains are expecting strong holiday demand from shoppers, despite risks that the Delta variant may pose to consumer spending. Consulting firm KPMG predicts holiday sales for US retailers will grow 7% from last year, based on an August survey of 114 retail executives.
Walmart wants to deliver you stuff, even if you didn’t buy it at Walmart
Like last year, many of the jobs advertised so far are related to online delivery of goods, such as mail carriers and warehouse workers. What’s new for this year is enhanced recruiting tactics, which range from sign-on bonuses to job offers within half an hour of submitting an application.
Even though employers are posting jobs, there is no guarantee they’ll be able to fill them. US businesses are facing trouble hiring staff right now, and there were a record 10.9 million job openings in July, according to the latest Bureau of Labor Statistics data.
Here are a few major employers who have said they’re hiring holiday workers so far.
Read More
UPS (UPS) is hiring 100,000 part and full-time seasonal workers to meet holiday delivery demand, the same number the company brought on last year.
The roles are mainly for package handlers, drivers, and driver helpers, which assist drivers on delivery routes.
“This is the tightest hiring market we’ve ever seen,” said UPS spokesperson Dan McMackin. UPS is adjusting by raising hourly pay in some markets, with roles starting at $15 an hour, and offering sign-on bonuses to hire seasonal employees.
The company is also speeding up application times for holiday hires. In the past, job candidates had to wait up to two weeks to receive an offer. This year, UPS is pledging offers for many roles within 30 minutes.

The US Postal Service is bringing on more than 40,000 workers to handle mail and package deliveries during what is typically the agency’s busiest season.
The Postal Service is looking for mail carriers, mail handlers and drivers in cities and rural areas. It is holding around 60 job fairs around the country where candidates can apply, more events than the agency usually holds.
The Postal Service typically adds seasonal staff, although the number varies by year, agency spokesperson David Partenheimer said in an email.

Kohl’s (KSS) wants to add 90,000 seasonal workers to stores and warehouses to meet customer demand, a similar figure to last year.
New for this year: Kohl’s workers will be eligible to receive a bonus ranging from $100 to $400 for working through the holiday stretch.
Kohl’s is also hiring seasonal employees for the first time at a new e-commerce fulfillment center in Etna, Ohio, and beauty advisors for Sephora mini-shops at 200 Kohl’s stores.

Arts and crafts chain Michaels is adding more than 20,000 workers in stores and distribution centers, up around 25% from last year.
Michaels said in an announcement last month that it offers competitive wages, flexible hours and a 30% discount to seasonal workers. Last year, Michaels hired more than half of seasonal in-store workers into permanent roles.
These foods disappeared from grocery stores last year. Now they’re back
The arts and crafts industry has grown during the pandemic with people spending more time at home. Michaels sales at stores open for at least one year increased 4.8% in 2020 from a year earlier.

1-800-Flowers.com (FLWS) plans to hire more than 10,000 seasonal workers, a similar figure to last year.
The floral delivery retailer will bring on 10,000 employees to deliver food and gifts to customers from its brands, including Harry & David and Cheryl’s Cookies.
It’s looking to fill full-time and part-time positions in “key high-volume areas” such as gift assembly. The majority of roles are in Illinois, Ohio and Oregon.
The company is offering bonuses and increased pay for returning hires, said Steve Lightman, the company’s group president of gourmet foods and gift baskets, in an email.
These moves are “on par with last year,” Lightman said, and the company is exploring other incentives such as product giveaways and raffles to attract workers.

Discount chain Ollie’s Bargain Outlet (OLLI) wants to add more than 3,000 workers for the holidays.
This figure is up slightly from last year due to new store growth, an Ollie’s spokesperson said in an email. Ollie’s has opened more than 40 stores in the past year.
Ollie’s is hiring for store and warehouse positions.
The retailer is not offering any new incentives to attract workers this year, the spokesperson said, but has started holding in-person hiring events for the first time to reach a broader pool of applicants.