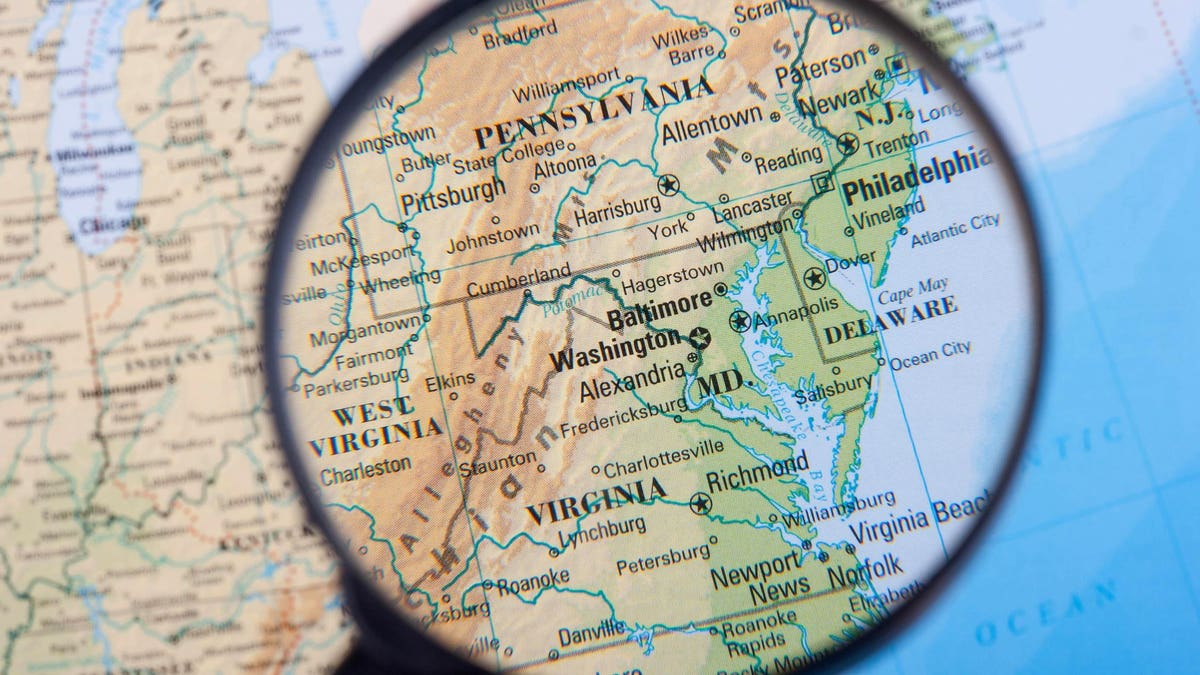 On Thursday, many residents of Maryland and West Virginia were somewhere between shocked, bemused and angered to learn of a proposal by a group of Maryland Republican legislators for the state’s three westernmost counties to break off and join West Virginia, a plan that’s destined to fail but that some in those counties argue makes perfect sense.

Republican lawmakers from three western Maryland counties sent letters to West Virginia legislative … [+] leaders saying it would be “mutually beneficial for both states” if the counties leave Maryland and join West Virginia.
getty

Letters were released on Thursday that the group of five Maryland GOP legislators sent earlier this month to the leaders of the West Virginia legislature proposing that it would be “mutually beneficial for both states” for the three counties to switch hands.

The three counties–Garrett, Allegany and Washington– sit along West Virginia’s northern border and voted heavily for former President Donald Trump in 2020, unlike Maryland as a whole, which President Joe Biden carried by more than 30 percentage points.

Maryland House Minority Leader Jason Buckel, a Republican from Allegany County, who signed one of the letters, told The Washington Post he knows there’s no real chance the counties will break away, saying the effort was meant as “a cry for help” from the region.

Buckel and other signees say the rural panhandle counties, which are well removed from the state’s population centers, have been ignored by Democrats in the legislature who focus on the state’s cities.

The argument goes that the counties would be better off in West Virginia, a state made up almost entirely of rural communities and one of just two states where Trump carried every county.

“Absolutely, without any question, the invitation is wide open,” West Virginia’s Republican Gov. Jim Justice said at a news conference on Friday, called solely to address the Maryland counties. “You sure as the dickens won’t ever regret it!”

Many Maryland lawmakers slammed the proposal as a stunt, as did the state’s largest newspaper, The Baltimore Sun. “If you want to be irrelevant, you pull stunts like this,” the paper wrote in a Friday editorial, noting at least two of the counties listed for secession receive more than 40% of their annual budgets in state funds–well above the average of 26.8% in Maryland counties. The state’s Republican governor, Larry Hogan, also blasted the idea, saying it was just a “publicity stunt.”

The lawmakers behind the plan have already admitted it was just for attention. But if they change their minds, and decide they actually want their region to become part of West Virginia, they’d need to get the approval of both state legislatures. After that, the U.S. Congress would have to vote for final approval.

There have been numerous proposals in recent years for regions of states to break away to join a neighbor, usually for political reasons, but none have gained any real traction. The most serious effort, relatively speaking, came last November, when two Oregon counties passed a ballot measure asking local officials to hold meetings about breaking off from the state and joining Idaho. The motivation was largely the same as for the Maryland proposal–rural, conservative counties that feel alienated by the state’s liberal leadership. But the movement in the west, called “Move Oregon’s Border for a Greater Idaho,” has a broader vision than just a few counties. It calls for all of Oregon, except its liberal-leaning northwest, and rural counties of northern California to join together with Idaho to extend its border westward to the Pacific Ocean. Apart from the preliminary vote, there are no signs the effort has any real chance of succeeding.

A Washington Post analysis found that moving the three Maryland counties to West Virginia would make West Virginia more Democratic and less white, given just how heavily Republican and white the state is now.

West Virginia picking up territory that secedes from another state would be an ironic move given its history. From the formation of the U.S. to 1863, the counties that now make up West Virginia were part of Virginia, but residents living there didn’t agree with Virginia’s decision to secede from the Union in 1861. They decided to keep sending representatives to Washington, despite Virginia and the Confederacy’s claim over the region. During the Civil War, delegates from the area ultimately decided it would be best to secede from the state of Virginia, leading to West Virginia being admitted to the Union on June 20, 1863.

Western Maryland lawmakers run for the hills (The Baltimore Sun)