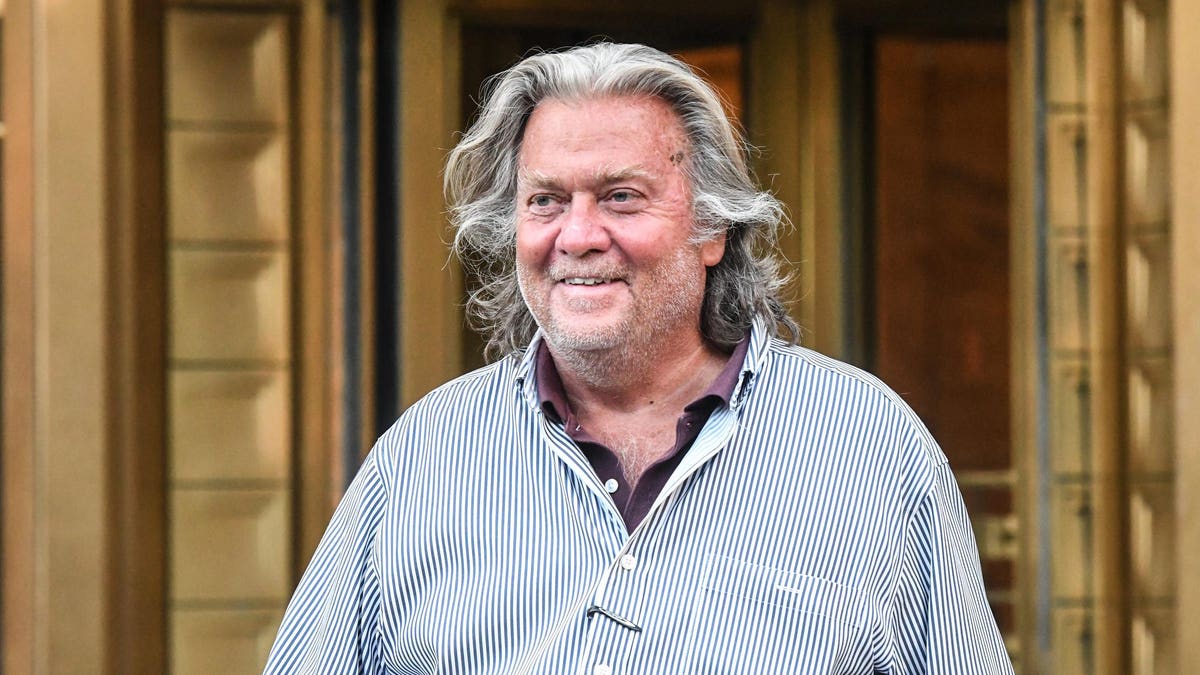 The House of Representatives voted Thursday to hold Steve Bannon in contempt of Congress after he declined to follow a subpoena from lawmakers investigating the January 6 riot — setting up the Department of Justice to weigh criminal charges against the Trump ally.

The House voted 229-202 to hold Bannon in contempt, with nine Republicans voting alongside every House Democrat.

The vote comes two days after the House select committee investigating the U.S. Capitol riot unanimously recommended holding Bannon in contempt of Congress because he didn’t testify before lawmakers or turn over a range of documents.

Members of the January 6 committee say Bannon may have pertinent information about the riot and argue holding him in contempt will encourage other witnesses to cooperate, but some House Republicans who opposed contempt for Bannon have cast the select committee — made up of seven Democrats and two Republicans — as overly partisan.

Forbes has reached out to Bannon’s lawyer for comment.

The contempt resolution now heads to the DOJ for possible criminal action. According to federal law, witnesses who refuse to testify or hand over documents to Congress can face up to 12 months in prison and a fine if they’re found guilty. The select committee says prosecutors have a legal “duty” to present contempt of Congress cases to a grand jury for potential criminal charges, but the DOJ believes it has discretion on whether to take action, and the department has declined to prosecute witnesses in the past. The Obama-era DOJ didn’t charge Internal Revenue Service official Lois Lerner after a Republican-controlled Congress held her in contempt, and the Trump-era DOJ did not prosecute Attorney General William Barr and Secretary of Commerce Wilbur Ross after Democrats held them in contempt.

Biden told reporters Friday he believes the DOJ should prosecute any witnesses who defy the January 6 committee’s subpoenas. However, the DOJ has been far less definitive, promising to weigh the possibility of criminal charges independently. Earlier Thursday, Attorney General Merrick Garland told lawmakers at a hearing his department “will apply the facts and the law, and make a decision consistent with the principles of prosecution.”

The select committee has asked several Trump allies and administration staffers — including former Chief of Staff Mark Meadows — to turn over records tied to January 6 as well as Trump’s unsuccessful attempts to overturn his election defeat. In Bannon’s case, lawmakers asked the ex-Trump campaign official to sit for a deposition and produce a litany of documents, including communications with the former president and his team about the events of January 6 and Trump’s false election-rigging allegations. The committee claims Bannon played a “multi-faceted role” in advance of the riot, ostensibly meeting with Trump allies one day beforehand and predicting on his podcast “all hell is going to break loose tomorrow.” Lawmakers also rejected Bannon’s reason for declining the subpoena, arguing Bannon isn’t subject to executive privilege because he wasn’t a government employee at the time.

Referral for criminal charges isn’t Congress’ only tool to compel witnesses to testify. Legislators can file a civil suit and ask a judge to order a witness to cooperate, but this process is often slow, Reuters notes. Congress can also arrest and detain a witness on its own using the House or Senate Sergeant-at-Arms, a little-known process called “inherent contempt,” but that approach is logistically challenging and hasn’t been used since 1935, according to a Congressional Research Service report that called it a “long dormant” power.

Trump filed a lawsuit against the January 6 committee and the National Archives and Records Administration earlier this week, seeking to stop lawmakers from obtaining a range of federal documents dating back to his administration. He said many of the executive branch records subpoenaed by the committee are protected by executive privilege, and are being sought in a “vexatious, illegal fishing expedition.” The suit came after Biden declined to invoke executive privilege on an initial wave of documents requested by lawmakers.