How China’s Focus On Low Emissions Could Affect Industrial Metals 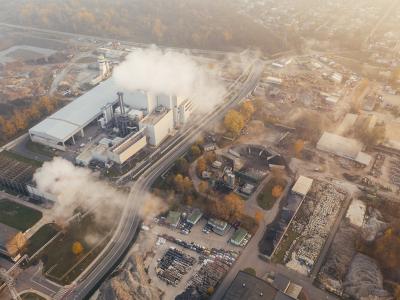 China has announced bold targets to curb its carbon emissions, but the country will need to embrace significant policy challenges to end its heavy reliance on fossil fuels. The transition to a low-carbon economy is also likely to impact the demand and price of metals, such as copper, aluminum, and steel.

President Xi Jinping announced at the UN General Assembly in September last year that China would achieve carbon neutrality by 2060, with carbon dioxide emissions peaking before 2030. Even so, China’s high coal usage is likely to be a hard habit to break. Coal accounted for 56.8% of China’s primary energy needs in 2020, with its coal-fired capacity standing at 1,050 gigawatts. The figure represents 53% of the world’s total coal-fired power., according to China’s National Energy Administration.

An immediate challenge China faces in going green is being able to generate sufficient energy capacity to power growth, with Premier Li Keqiang setting 2021’s GDP target at above 6%. A recent Fitch Ratings report stated that the country is significantly adding to its green energy capacity, increasing wind power by a record 71.7 gigawatts and solar power by 48.2 gigawatts in 2020, but it also added 38.4 gigawatts of coal power. These developments have led to the anomalous situation in which China is the world’s largest producer of solar and wind power while adding more new coal-powered capacity in 2020 than the rest of the world put together.

Despite its ambitious carbon-reduction targets, China’s latest Five-Year Plan, released in March, does not outline measures to cut its reliance on coal, but instead states it will “rationally control the scale and pace of development in the construction of coal-fired power.” Its recently published energy transition roadmap for 2021-2025, gives more details, setting a target for non-fossil fuel sources to account for 20% of the country’s energy by 2025, up from 16% in 2020.

China is also significantly expanding its nuclear energy capacity, with the energy transition roadmap targeting a 40% increase in nuclear-generated power from 50 gigawatts in 2020 to 70 gigawatts in 2025. But at the same time, China has announced it will no longer offer subsidies for new solar power stations or onshore wind projects from August 1.

The Impact of Decarbonization on Commodities

China’s decarbonization goals are set to have a significant impact on the industrial sectors that consume the most power, particularly aluminum and steel production.

Aluminum smelting is highly energy-intensive. While there has been some migration of the industry to regions in China’s southwest, which benefit from hydroelectricity generation, much is still reliant on coal for production. Aluminum prices hit a more than decade high in April after production was temporarily suspended in Inner Mongolia when the region failed to meet its energy-efficiency targets. The industry already has an annual capacity cap of 45 million tonnes, and new smelting capacity is only allowed when it replaces old capacity, with some analysts speculating China may already have passed peak production of aluminum.

Steel companies have also come under pressure to reduce their carbon emissions. Baowu Steel, China’s largest steel producer, has committed to being carbon neutral by 2050. The two main ways steel companies can reduce their emissions is by using cleaner energy sources or using scrap for production. Both approaches have limitations. China’s steel industry tends to use blast-oxygen furnaces, which are harder to decarbonize than electric arc furnaces, while the availability of scrap in China is unlikely to be high enough to meet demand. It is also expensive.

Meanwhile, the focus on green energy is likely to increase demand for copper, which is a key component in renewable energy systems, such as solar and wind installations, as well as electric vehicles. Global copper demand for solar and wind energy systems is expected to rise by 56% by 2027 from 2018 levels, according to research by the International Copper Association (ICA). While no breakdown is given for individual countries, China is the world’s largest producer of solar panels and wind turbines by some margin, suggesting demand for copper will accelerate.

With China focused on reaching its carbon reduction goals, expect price volatility in the affected commodities. Demand for aluminum and steel is likely to remain strong at least over the short term, particularly as the former is also used in solar panels, wind turbines, and electric vehicles. But supply could be impacted by policy measures targeting these energy-intensive industries. Meanwhile, demand for copper is expected to continue to rise due to the key role it plays in the manufacture of solar and wind energy systems.

The impact China’s energy transition will have on-demand for coal is more mixed. While the longer-term demand will fall as China transitions to green energy, over the shorter-term demand is expected to remain high. In fact, the 14th Five-Year Plan states annual coal output will be capped at 4.1 billion metric tons. To put that in context, China’s coal output was 3.9 billion metric tons in 2020.

With potential uncertainty over how China’s decarbonization ambitions will impact these commodities, key “green metals” markets like copper and aluminum will remain closely watched.

Image by marcinjozwiak from Pixabay