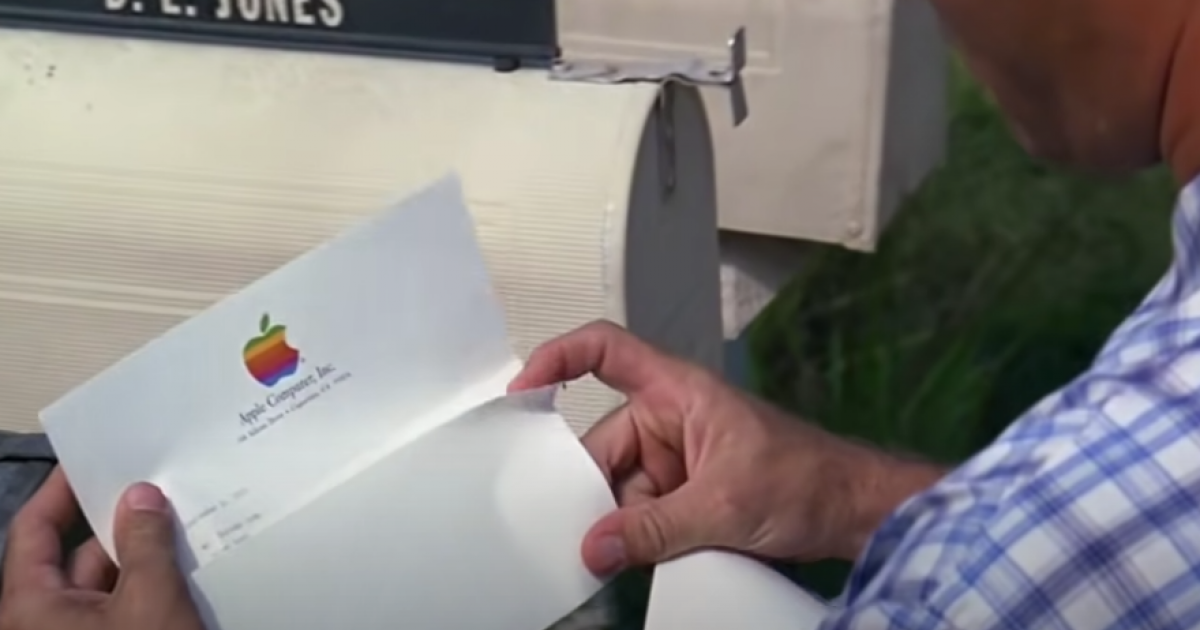 The 1994 movie “Forrest Gump” remains iconic for its look through the decades of the Vietnam War, Civil Rights and multiple presidencies. The movie also features an iconic scene highlighting investment in a publicly-traded company.

Forrest Gump Scene: In a scene towards the end of “Forrest Gump,” the titular character says that his friend and business partner Lieutenant Dan took care of their Bubba Gump shrimp money.

“He got me invested in some kind of fruit company,” Gump says, showing a letter with the old Apple Inc (NASDAQ: AAPL) Computer logo.

The movie timeline would follow the investment being made in Apple after Hurricane Carmen in 1974 and was likely a hypothetical $100,000 stake for 3% of the company. Apple went public in 1980 after raising money from venture capitalists and angel investors.

“I got a call from him saying we didn’t have to worry about money anymore,” said Gump.

Among the millions who saw the movie upon its release was Jerremy Newsome, the founder and CEO at the trading education platform Real Life Trading. He tells Benzinga his passion for investing began at a young age; at 6 or 7 years old, when he was struck by that particular scene in the film. Around 1994, with his father’s help, Newsome invested $2,600 in Apple. Later, in 2000, at the height of the tech bubble, Newsome sold his shares of Apple for a $12,000 profit. “Since then, I’ve been hooked,” he said.

Apple Value Today: Lieutenant Dan was certainly right that Gump would not have to worry about money anymore if they bought 3% of Apple.

The shared stake between Gump and Dan would rank them 15th on the Forbes list of the world’s richest people, ahead of some members of the Waltons, who own stakes in Walmart Inc (NYSE: WMT), Carlos Slim Helu, Michael Bloomberg, Phil Knight, Michael Dell and Amazon.com Inc (NASDAQ: AMZN) founder Jeff Bezos’ ex-wife Mackenzie Scott.

Investing Alongside Movie Release: “Forrest Gump” was released on July 6, 1994. The movie went on to gross $329.7 million at the box office.

Who knew at that time Forrest Gump and Lieutenant Dan were sharing one of the world’s greatest investment ideas.