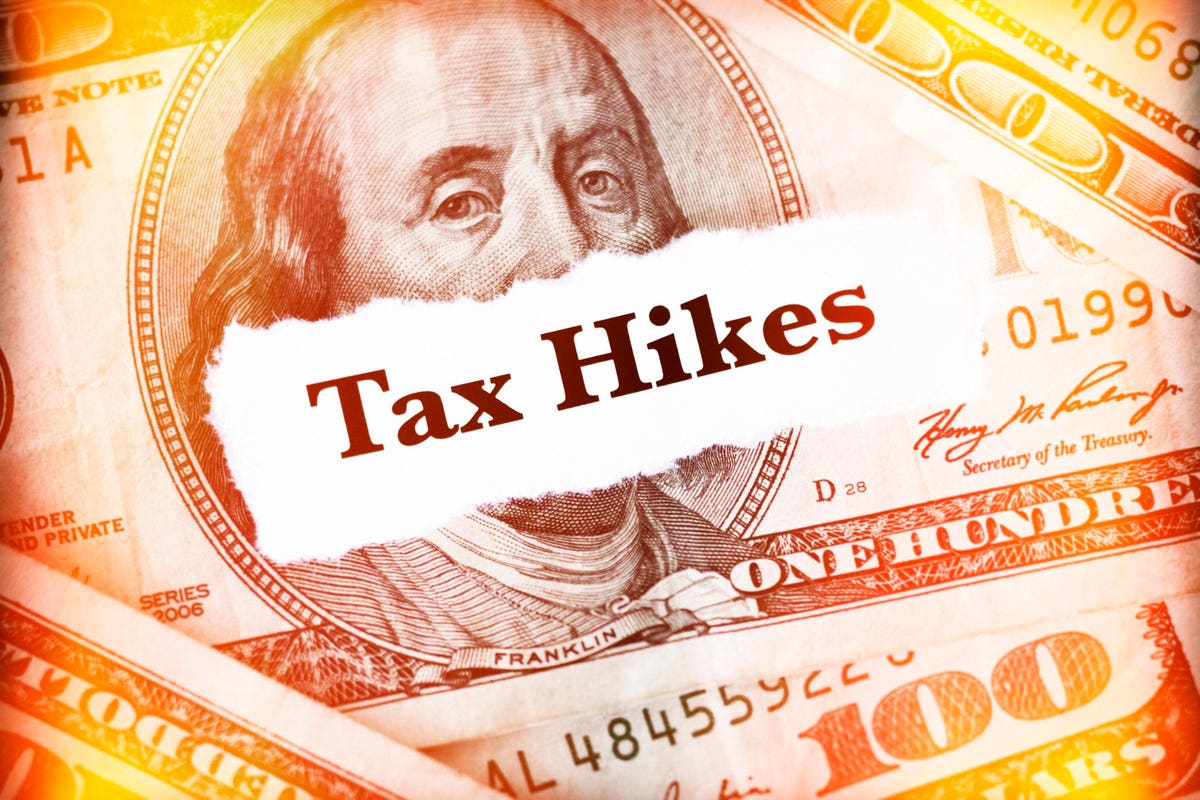 Here are the individual tax hikes that the House Ways & Means Committee has proposed to pay for the … [+] $3.5 trillion social policy budget plan.
getty

The House Ways & Means Committee has released draft legislation of individual tax hikes they propose to pay for the $3.5 trillion social policy budget plan under consideration. It includes major revisions to the estate tax, capital gains taxes and the way retirement accounts are taxed. The top capital gains tax rate would be 25%. The estate tax would revert to pre-Trump levels. Backdoor Roth IRAs would be prohibited for high earners.

Who’s rich for purposes of this legislation? In most cases, it’s a married couple with income over $450,000, singles with income over $400,000. But beneficiaries of trusts and estates (that can be a special needs child) would also feel the pain as trusts and estates would face the new top income tax rate of 39.6% at just $12,500 of income. After-tax contributions to workplace retirement plans would be prohibited, no matter your income level. Bottom line: Everyone needs to pay attention.

The full text of the funding priorities and the cost estimates are available on the Committee web site. “The window to prepare your plan is quickly closing,” warns Pamela Lucina, Northern Trust Chief Fiduciary Officer. When would these changes take place? In most cases, it would be as of January 1, 2022, for tax year 2022. The capital gains changes would be effective today.

The House Committee is scheduled to discuss these revenue raisers in hearings on Wednesday. The Senate has its own ideas. And then there’s an attempt at a reconciliation bill that would leave out the Republicans.

Here’s what in play for now relating to income taxes.

There’s increasing the top capital gain rate to 25%, up from 20% for “certain high income individuals.” This would be effective as of today, Monday, September 13. There’s a transition rule that could help some taxpayers.

There’s changing the 199a qualified business income deduction limitation to include all income over $500,000 for married couples, or $400,000 for singles. That means there would be no 199a deduction if you earn over those thresholds.

There’s a new individual income surtax that would impose a 3% surtax on individuals with adjusted gross income over $5 million.

Here’s what’s in play for now relating to estate taxes.

Technical changes would limit the use of grantor trusts. GRATs, a popular wealth transfer technique, would lose their appeal.

One proposed change is favorable for farmers and family businesses: They would get a special valuation reduction of $11.7 million for qualified real property used in the farm or business (a backhand way of keeping the higher estate tax exemption amount for these folks).

Here’s what’s in play for now relating to retirement accounts.

It might seem like this is a crazy amount to accumulate in retirement accounts, but Professor Daniel Hemel of the University Chicago Law School and Steven Rosenthal, a senior fellow at the Urban-Brookings Tax Policy Center, explain in a letter about mega IRAs to the Senate Finance Committee how a series of laws that Congress has passed since 1996 have allowed taxpayers to legally grow retirement accounts to these high figures.

The proposal takes aim at more wealth building strategies, eliminating Roth conversions for IRAs and workplace plans (different types of backdoor Roths) for married couple earning over $450,000 (singles over $400,000). This provision wouldn’t be effective until after tax year December 31, 2031.

The same section of the proposal prohibits all employee after-tax contributions in workplace plans and it prohibits converting after-tax contributions to Roth status regardless of income level. Comcast is a big employer that just started allowing this after-tax to Roth strategy in its workplace 401(k) this year, following tech companies that took a lead allowing their workers to build up Roth retirement accounts this way. This prohibition would take effect after December 31, 2021.

The proposal also has rules to fight self-dealing, prohibiting investing IRA assets in entities in which the owner has a substantial interest. It clarifies that these rules would apply to inherited IRAs too. The Internal Revenue Service would be given 3 more year to pursue violations related to valuation misreporting and prohibited transactions.

What’s missing that experts were watching for? The wealth tax idea trumpeted by the progressive branch of the Democratic party that would tax the rich annually based on the value of their assets isn’t included. Nor is the elimination of the step up in value that heirs get when they inherit appreciated assets. Both of these ideas have real problems with how they would work in practice.