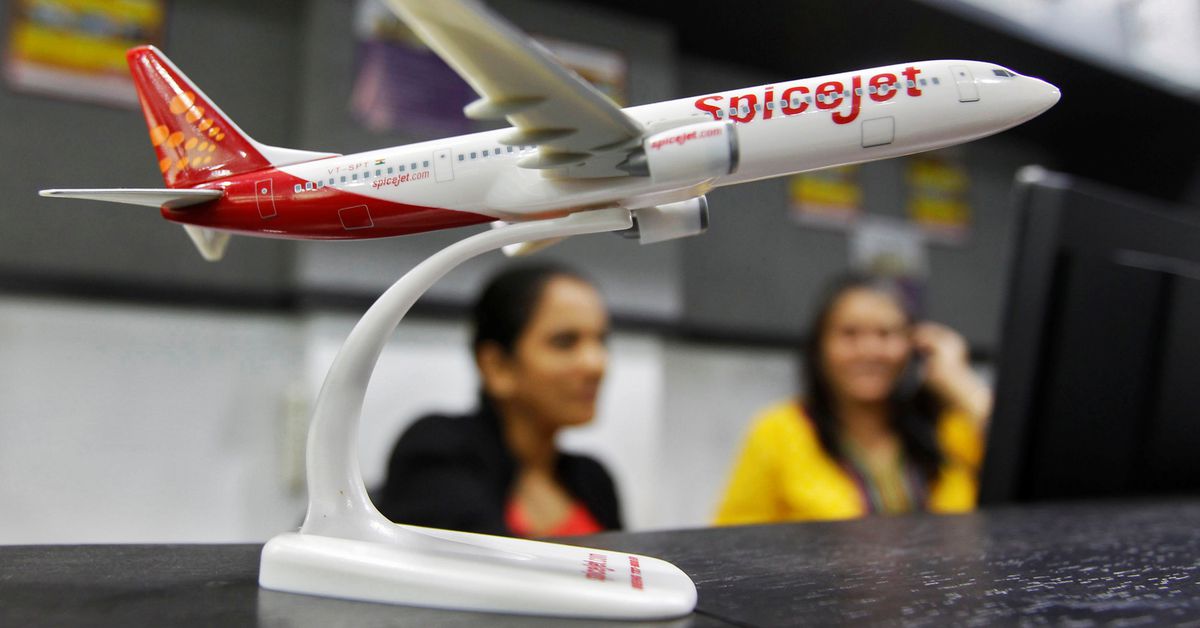 Employees work inside a travel agency office beside a model of a SpiceJet aircraft in the western Indian city of Ahmedabad February 14, 2014. REUTERS/Amit Dave/File Photo

BENGALURU, Sept 13 (Reuters) – Budget airline SpiceJet (SPJT.NS) said on Monday it has settled with another lessor of Boeing Co’s (BA.N) MAX aircraft, CDB Aviation, as it looks to start operating the aircraft by the end of September after India cleared the 737 MAX to fly last month.

The 737 MAX was grounded worldwide in March 2019 after two fatal crashes in five months killed 346 people, plunging Boeing into a financial crisis, which has since been compounded by the pandemic.

SpiceJet said in August it expected the grounded 737 MAX jets in its fleet to return to service at the end of September after a settlement with lessor Avolon on leases of the aircraft. read more

The lifting of the ban in India came months after the aircraft returned to service in the United States and Europe. More recently grounding orders were lifted in other countries, including Australia, Fiji, Japan and Malaysia. read more

The resumption of MAX aircraft services would be subject to regulatory approvals, SpiceJet, India’s second-largest airline by market share and the only one in the country to fly the aircraft, said.

China is the biggest market in the region that has yet to approve the return of the 737 MAX, though Boeing last month conducted test flights in the country. read more

SpiceJet’s shares were up 0.3% on Monday, while rival Indigo’s owner InterGlobe Aviation (INGL.NS) was down nearly 2%.

Reporting by Chandini Monnappa in Bengaluru; Editing by Shounak Dasgupta