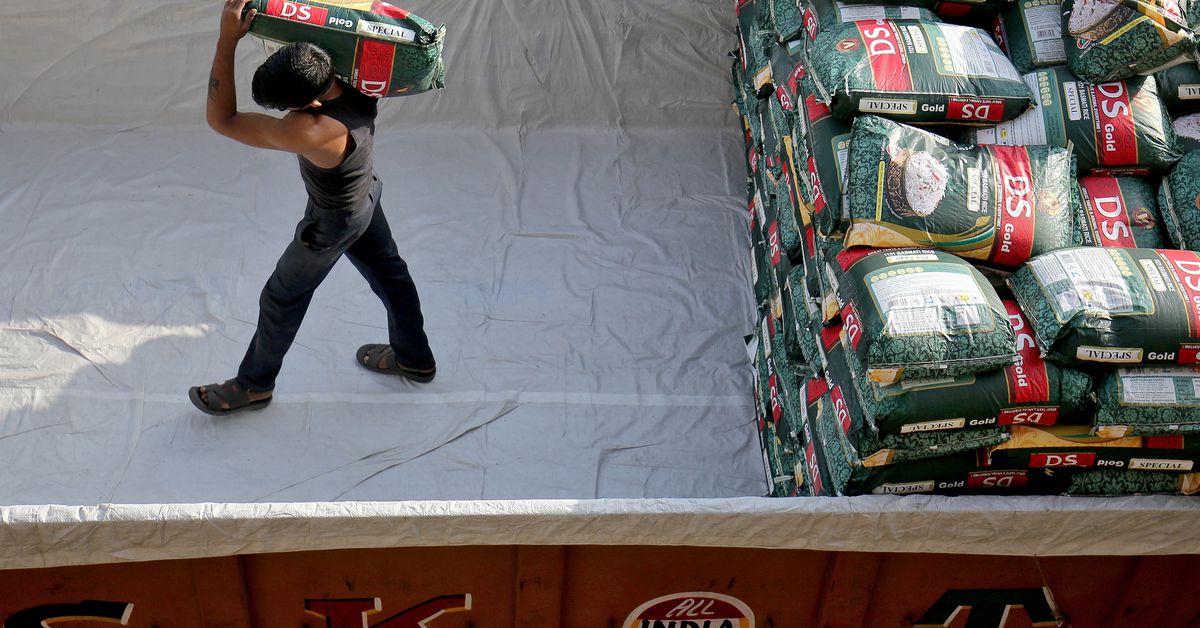 A labourer unloads a sack of rice from a supply truck at a wholesale market in Ahmedabad, India, October 15, 2018. REUTERS/Amit Dave

NEW DELHI, Oct 14 (Reuters) – India’s annual wholesale price-based inflation, a proxy for producers’ prices, loitered in the double digits for the sixth month in a row in September, fuelling concerns of inflationary pressures as energy and raw material costs surge for companies.

The gap between retail and wholesale price-based inflation has widened in recent months as many companies and retailers are absorbing rising input costs that threaten to hit their bottom lines.

Economists said that with global commodity prices expected to remain elevated in coming months, manufacturers could try to pass on rising costs to consumers particularly during the festive season starting this month.

“High inflation poses a considerable risk to economic revival in the short to medium term,” Sumit Shekhar, an analyst at brokerage Ambit Capital, said in a note on Thursday.

Consumer price-based inflation, the key measure of inflation for the Reserve Bank of India in setting its monetary policy decisions, eased in September to a five-month low of 4.35% from a year earlier, separate data released on Tuesday showed. read more

Economists have warned that companies’ squeezed margins in the short term could hit private investment and the nascent economic recovery in Asia’s third-largest economy. The economy recorded its worst-ever contraction of 7.3% in the last fiscal year ending in March. read more

In the April-June quarter, the economy grew an annual 20.1%, and the central bank expects GDP to expand 9.5% in the current fiscal year ending in March 2022.