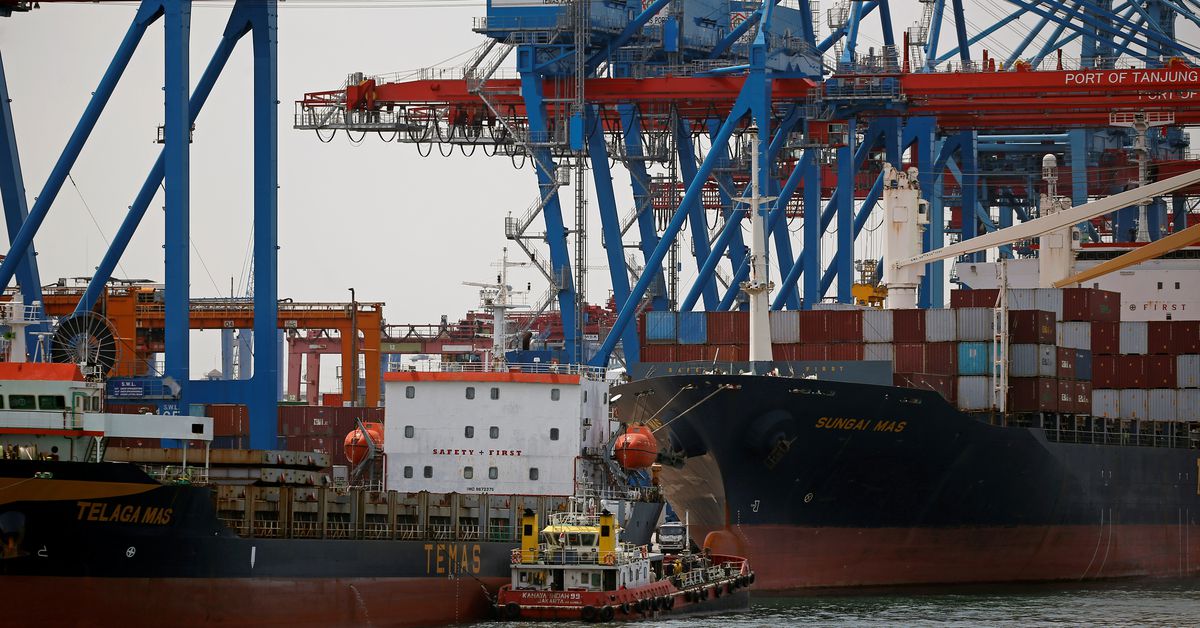 Sept 14 (Reuters) – Indonesia’s exports and imports likely continued to surge in August, driven by high prices of the country’s main commodities like coal and palm oil, a Reuters poll showed on Tuesday.

A survey of 18 economists forecast the economy’s August trade surplus had shrunk to $2.36 billion from $2.59 billion in July.

Southeast Asia’s biggest economy has been enjoying an export boom on the back of robust commodity prices, allowing for a trade surplus every month since May of 2020.

Economists expected 36.9% annual growth in August exports, accelerating from 29.32% in the previous month. August imports were seen rising 45.1% on a yearly basis, compared with 44.44% in July.

Some economists have said high commodity prices and a global economic recovery will likely allow resource-rich Indonesia to book big export earnings for the remainder of the year.

However, with the country relaxing some COVID-19 curbs since August, analysts also expect imports to rise.

Polling by Md. Manzer Hussain and Vivek Mishra in Bengaluru; Writing by Gayatri Suroyo in Jakarta
Editing by Ed Davies