Is it time to buy MM2 Asia share now? 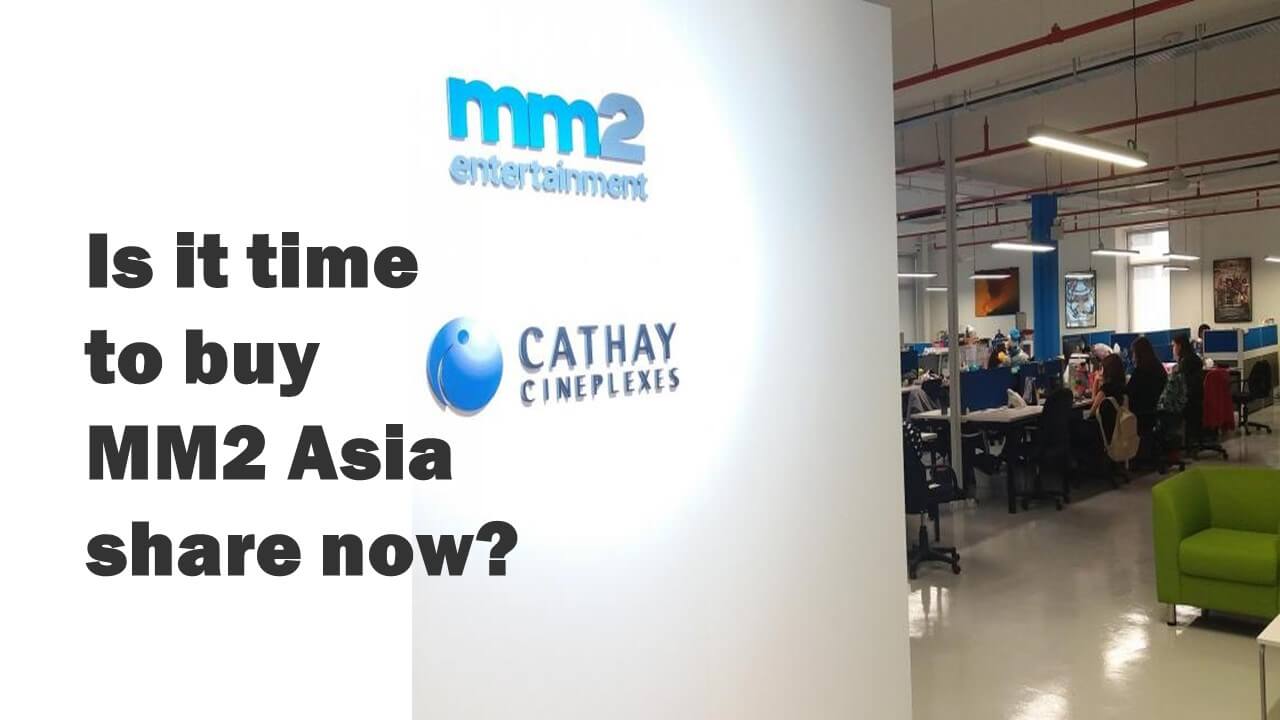 Is it time to buy MM2 Asia share now?

Recovery perform on restart of concert, blockbuster screening in theaters The epidemic has taken a toll on concerts and live events. In 1HFY21, the concert and event production section of mm2 had one production show (compared to 81 in FY20) and six promotion shows (47 in FY20). There looks to be a way back to health. If pre-event testing is used, up to 750 people can attend at authorized places in Singapore.

Audiences have been returning to theaters with a larger permissible seating capacity in the film industry. In addition, in 2021, there will be a bumper slate of Hollywood blockbuster films, including long-awaited sequels like The Matrix 4. While online movie streaming has become more prevalent, recent theatrical movies in the post-circuit breaker period have had positive box office results (eg Godzilla vs Kong). This might indicate that the film industry is more viable than previously thought.

A robust core production pipeline is in place. MM2’s primary production pipeline, which amounts to S$150-190 million over the next 2-3 years, remains substantial. The company now has more than 30 projects in various phases of development, production, and distribution. MM2 Asia plans to create and distribute highly anticipated titles in new and existing markets as film/TV series production heats up in FY22.

Live in-person concerts have resumed. As more nations relax their limitations, in-person concerts and events have returned. In 1HFY22, Unusual Entertainment (Unusual) has already begun putting on sold-out events and concerts. Unusual is also anticipated to announce a series of performances on April 6th, which will almost certainly be met with tremendous demand.

MM2: The pinnacle of the film industry

MM2 Asia is still looking into additional possibilities, including an IPO of its wholly-owned cinema company in 2HFY22. Assuming MM2 sells more than half of Cathay, a spinoff listing would assist MM2 in reorganizing its debt because practically all of its debt would be linked to Cathay after it became an associate company.

New investors on board MM2 Asia

mm2 Asia also stated on February 23, 2022 that it intends to issue S$19.5 million in additional shares to two investors. 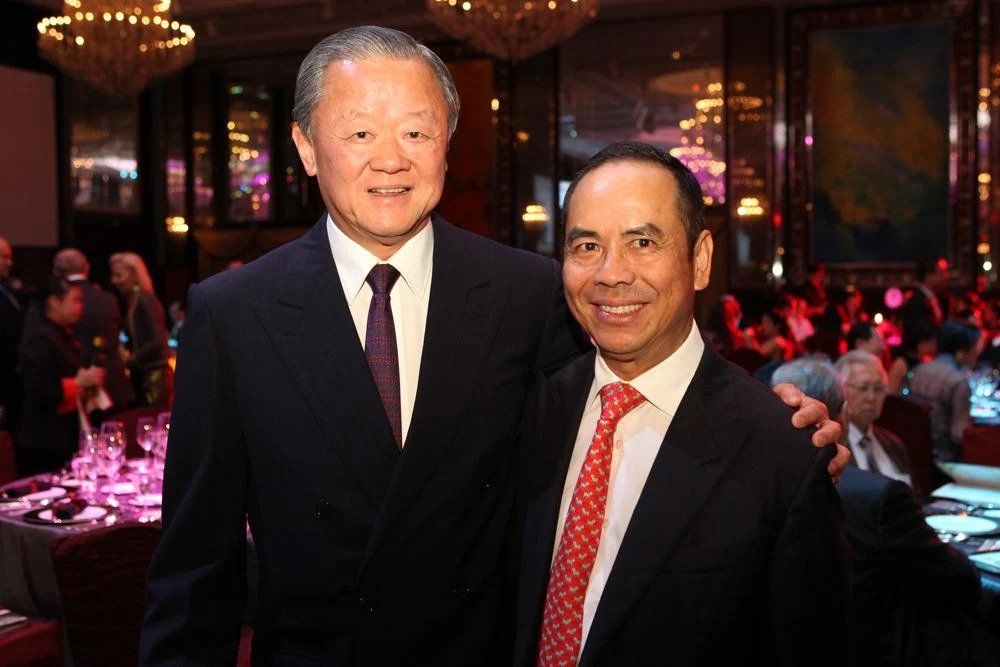 Oei Hong Leong, the son of late Indonesian millionaire Eka Tjipta Widjaja, is a Singapore citizen and a long-term resident of the island-state. A corporate bond portfolio and real estate assets account for the majority of his fortune. Mr. Oei has created a reputation for himself as a property developer and investor.

Sam Goi Seng Hui, widely known as Singapore’s “Popiah King,” is a Singaporean businessman. He is the chairman of Tee Yih Jia, a food manufacturing firm best known for supplying “popiah” skins, or spring roll pastry. Mr. Goi is a top-tier SGX stock investor and a true Spiking millionaire, with 17 firms in his portfolio.

On April 27, 2022, UOBKayhian initiates coverage of the company with a BUY rating and a S$0.098 sum-of-the-parts (SOTP) target price. mm2 is priced at 0.6x book value and an attractive 6x FY20 earnings multiple (pre-COVID-19 levels). Concerns about its cinema business may be eased over time as a result of: a) increased seating capacity, b) a prospective spin-off, and c) a potential merger with Golden Village, while the overhang from its high debt levels has also been addressed.

What is the ideal price to enter MM2 Asia?

MM2’s stock price has crashed from a high of $0.645 to a low of $0.051 since 2017. There have been few signs of recovery since the IPO. This is one of those typical “ugly charts” you see in some of these penny stocks. MM2’s stock price decline has been even more parabolic since the beginning of the pandemic when movie theatres were forced to shut down operations.

However, since mid-February this year, before the full lifting of the Covid restrictions in Singapore, we have seen light at the end of the tunnel again. This happened when the share price rose 24% in one week, breaking out above the short-term Ichimoku trendlines (the green and red lines).

At the same time, a golden cross was triggered between these 2 Ichimoku lines.

However, the worst is far from over, because the price has just entered the “Ichimoku cloud” (blue region). It needs to break out above the “Ichimoku Cloud” to be considered out of the woods. For now, it is more likely that the price will trend sideways because the momentum has not yet become strong enough.

On the daily chart, we see that a double top has formed when UOBKayKian published a report on this stock. Although the analyst was bullish on the stock in the long term, it may be under selling pressure in the short term from a technical perspective. A double top pattern is a bearish sign that a stock could turn down at the end of an uptrend.

As can be seen on the chart above, the 100% Double Top projection level coincides with the 61.8% Fibonacci Retracement Level. Thus, in the event of a correction in this stock, the price could fall to $0.058 to $0.057. Based on the chart, it would be more ideal to enter at around $0.058 to $0.057. When entered at the right price, this stock could potentially be a multi-year bagger.

Shortly after their SGX-ST Catalist board listing in Singapore in December 2014, they obtained a majority interest in Vividthree Productions, a local post-production studio specialized in 3D animation, Visual Effects (VFX), and Computer-Generated Imagery. (CGI). Following that, they bought a majority stake in UnUsUaL Group of Companies, an event production and concert marketing organization in the area.

In 2015, MM2 Asia entered the film exhibition business with the acquisition of Cathay Cineplexes Malaysia and Mega Cinemas. The Group added thirteen Lotus Fivestar theaters to their movie operation in September 2016, making it Malaysia’s fourth largest cinema operator. Following the purchase of Cathay Cineplexes in Singapore in November 2017, the Group is currently the sole exhibitor in Singapore and Malaysia, with 206 screens distributed over 27 locations.

The first local film production firm to be listed on the SGX-ST Mainboard was mm2 Asia Ltd in 2017.