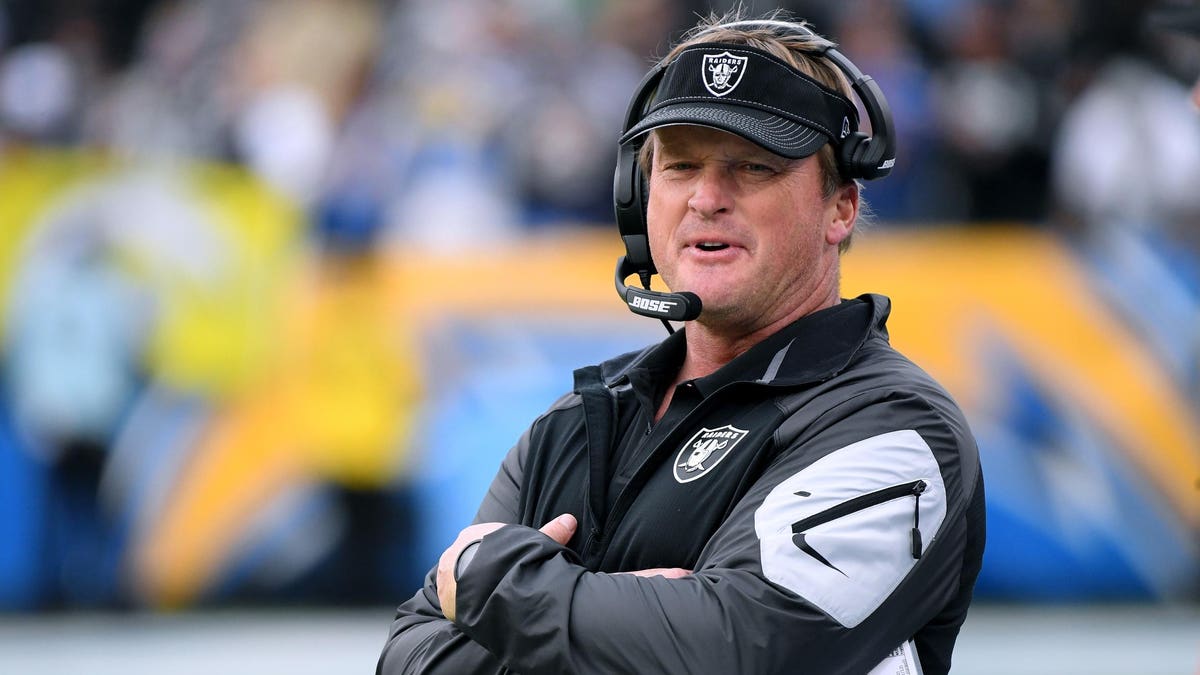 Jon Gruden has lost an endorsement deal with sneaker company Skechers, the company said Tuesday, less than 24 hours after he stepped down as the head coach of the Las Vegas Raiders amid reports that he sent racist and homophobic emails.

The company announced Gruden’s endorsement deal in January, and he appeared in a commercial several months later, the Las Vegas Review Journal reported in April.

“We believe taking a stand against racist or derogatory comments and for inclusion of all is imperative,” Clay wrote.

Also on Tuesday, the Tampa Bay Buccaneers — which won its first Super Bowl during Gruden’s stint as coach in the 2000s — announced it will remove Gruden from the team’s Ring of Honor, which lists prominent ex-coaches and players. “While we acknowledge Jon Gruden’s contributions on the field, his actions go against our core values as an organization,” the team said in a statement.

Gruden served as the Raiders’ coach from 2018 until Monday, when the team accepted his resignation. He came under fire after the Times and Wall Street Journal unearthed emails sent between Gruden, former Washington Football Team executive Bruce Allen and several other people before 2018. A decade ago, Gruden used a racist caricature to describe the Black head of the NFL Players Association, the Journal reported last week. Gruden also used a homophobic slur to describe NFL Commissioner Roger Goodell, castigated Goodell for supposedly forcing the Rams — which drafted the openly gay Michael Sam — to sign “queers” and questioned a player who kneeled during the National Anthem, according to the Times.

Gruden apologized for his comments about NFL Players Association head DeMaurice Smith in an interview with the Journal. He also apologized in a Monday night statement tweeted by the Raiders: “I’m sorry, I never meant to hurt anyone,” he said.

Gruden’s emails surfaced during a wider investigation into misconduct and harassment at the Washington Football Team, according to the Times and Journal.