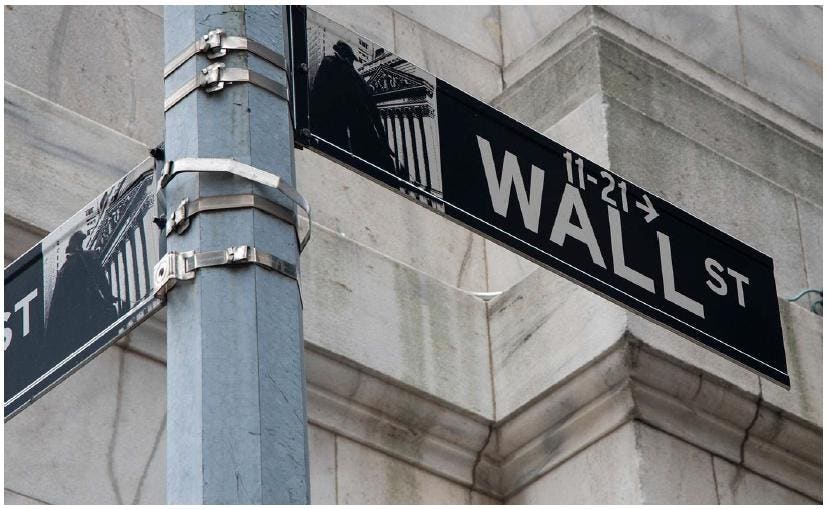 Today kicks off the unofficial start of the fall earnings season with some big banks in focus, but before investors can dive into the earnings news they may have to deal with some Apple (AAPL) news. After Tuesday’s close, Apple announced it was lowering projections on the new iPhone 13 production targets because of the difficulty in getting parts. However, Bloomberg was reporting that some analysts are choosing to view this development as “deferred earnings” instead of “lost earnings” because they see demand for the iPhone 13 is still strong and the components problem as temporary.

While Apple is a little lower in premarket trading, some of its suppliers including Skyworks Solutions (SWKS) and Qorvo (QRVO) were down 2.5% and 1.1% respectively before the market open.

Many investors are expecting good things from the Financial stocks because they have benefited from rising interest rates. JPMorgan Chase (JPM) was the first to report and beat analysts’ earnings expectations despite missing on revenue estimates. Revenue was 5% lower, but the investment banking division soared 55% creating a record high for the company. JPMorgan also gave a vote of confidence in the economy, by releasing $2.1 billion they had set aside as a rainy day fund during the pandemic to hedge against loan defaults.

BlackRock (BLK) was also able to beat estimates despite missing in certain key areas and First Republic Bank (FRC) wasn’t to be outdone and hit on both earnings and revenue. Tomorrow’s earnings will include a few more the big financial companies like Bank of America (BAC), Wells Fargo (WFC), Morgan Stanley (MS), and Citigroup (C), just to name a few.

On the technology side, Infosys (INFY) and Wipro (WIT) both reported better than expected earnings and revenue. Both stocks were higher in premarket trading up 5% and 3.7% respectively.

Outside of technology, Delta Airlines (DAL) was another company of note to report earnings. Delta has become a bit of a darling among the air sector because of Southwest’s (LUV) recent struggles with cancellations. Delta beat on earnings and revenue but said that its planes are still flying at 80% capacity and international travel is low because of lingering hesitancy around COVID-19.

In commodities news, Crude oil (/CL) is trading lower to start the day. Smaller oil companies are beginning to join the fray and increasing supplies. Earlier this month, Russian President Vladimir Putin said Moscow would help to stabilize the struggling European energy markets; however, Bloomberg is reporting that Russia is currently replenishing its own supplies instead of sending it to Europe. It appears that Moscow hopes to use the situation to get its controversial Nord Stream 2 pipeline into Germany.

In economic news the Consumer Price Index (CPI) was right on target as inflation grew as expected. With no major revelations, it’s unlikely that the Fed will change its tapering plans. The 10-year Treasury Index (TNX) traded 0.89% lower after the report.

This afternoon, the FOMC Meeting Minutes will be released but won’t reflect this morning’s CPI report. Instead, Fed members were working with the softer-than-expected August CPI and weaker-than-expected September jobs report. Some analysts are concerned that the Fed minutes may sound more dovish than expected.

If the Fed continues with its tapering plans, yields could continue to rise. Financial stocks tend to benefit from rising rates because it increases the interest rate spread. The interest rate spread, or bank spread, is what an institution charges for a loan compared to what it pays in interest to those in savings and deposits. Typically, the interest on a loan is higher than the interest that is paid for savings. Financial institutions get paid on the difference. Of course, the wider the spread, the more money the institution could make. However, these institutions compete with each other, so they don’t want to keep the spread too wide or competitors will try to lure away their customers with lower loan rates or higher savings rates.

In addition to banks, investment firms and brokerages also tend to profit from higher interest rates. One way they earn money is from the cash balances held in their clients’ accounts. The money in the account is often swept into a bank where usually the client and the broker earn higher interest off the money. By sweeping the money into a bank, the client often gets other benefits such as federal deposit insurance, quicker access to money, check writing, debit cards, and online bill pay. Usually these services don’t require any additional fees.

Of course, if rates get too high, then consumers may choose to not borrow money, and the banks may find themselves paying more people than they’re lending to. Additionally, falling rates tighten the spreads and lower revenue. However, when it comes to financial stocks, investors should stay on top of interest rates.

Breaking Brick & Mortar: Online banks and fintech firms like Bofi (AX) and Ally Financial (ALLY) are gaining popularity among consumers and investors because their lower expenses can offer higher savings rates and lower mortgage rates. One reason they have lower expenses is that they don’t have expensive brick-and-mortar branches along with all the personnel it takes to run them. Instead, they tend to do most of their business online.

With that said, investors may want to consider other expenses before choosing a fintech firm over a regular bank because online banks could have higher interest expenses and fewer avenues of revenue than larger banks. Thus, they may have higher net expenses in the end.

Tap, Insert, or Slide: Many banks also profit from credit cards, but today, there are numerous ways to pay. These include other fintech stocks like Square (SQ) and PayPal (PYPL). Then there are companies like Green Dot (GDOT) that use their banking technology to allow retailers like Walmart (WMT) to act like banks by offering products that include higher-yielding savings accounts.

Many of these fintech firms are getting noticed. Last month, Goldman Sachs (GS) announced plans to buy GreenSky (GSKY) for $2.24 billion. GreenSky does “pay as you go” home improvement loans. Earlier this week, Morgan Stanley analysts initiated coverage of SoFi (SOFI) with an “overweight” rating, prompting a rally in the stock. However, many of these fintech platforms are still tied to interest rates because they hold a balance for their customers and share in the interest one way or another.

Marginal Utility: Utility stocks tend to be negatively impacted by rising yields or interest rates. This is because utility stocks are known for having low volatility and higher-than-average dividend yields. Therefore, utility stocks and bonds tend to compete for the same type of investor because bonds are also known for their low-risk income features. Bonds can have another advantage over utility stocks because they usually come with consistent interest payments and return of principal at maturity. However, many utilities consistently increase their dividends each year, which doesn’t normally happen with a bond.

Nonetheless, when yields rise, many income investors move out of utilities and into the new higher-yielding bonds or they redirect new money to bonds instead of utilities. Investors holding utility stocks may have noticed that as yields have risen over the last few weeks, their utility stocks have fallen.

Increasing your interest in what causes interest rates to rise or fall can be helpful when making investment decisions.