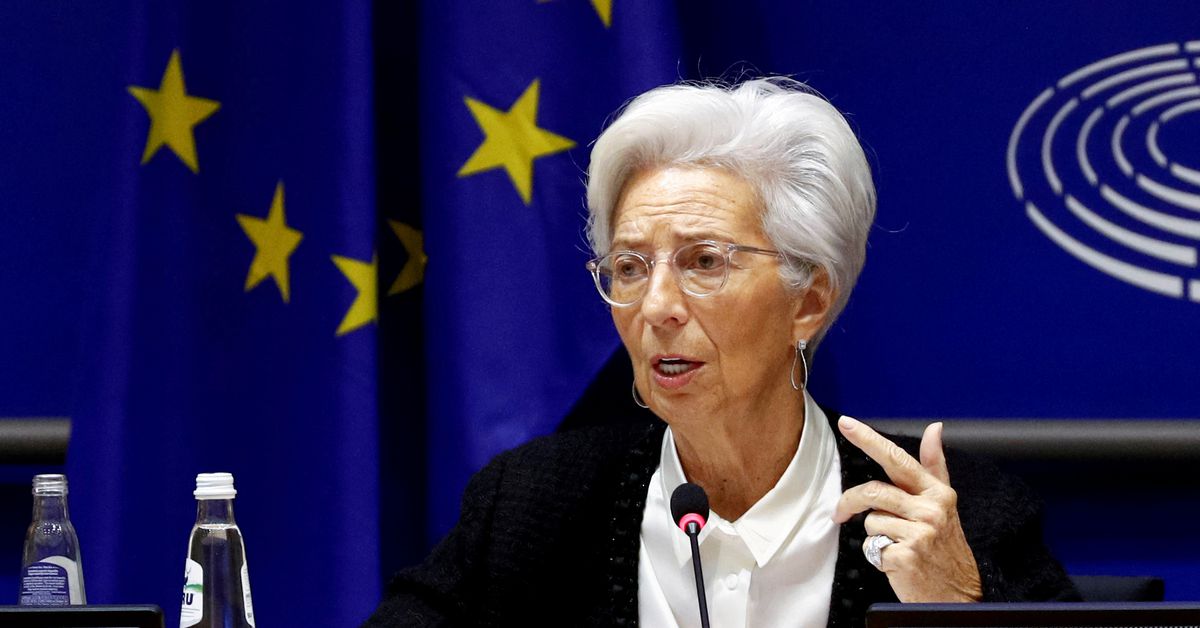 FRANKFURT, July 22 (Reuters) – Christine Lagarde’s attempt to reform the European Central Bank’s communication fell short of a revolution on Thursday as she struggled to simplify concepts and make the message more accessible to a broader public, ECB-watchers said.

Having spent 18 months poring over its strategy, the ECB set out this month to make communication shorter, crisper and clearer. But ECB President Lagarde’s first attempt since the strategy review received only middling grades from regular watchers of the euro zone’s central bank.

“I think on that point the ECB over-promised and under-delivered,” Christoph Rieger, head of rates and credit research at Commerzbank, told Reuters.

He added that the decision itself was much longer and the prepared remarks, or monetary policy statement, not really “crisper” as Lagarde had promised.

“If my analysts are writing such cumbersome, convoluted sentences, I would have them re-do their work,” Rieger added.

Although ECB and European Commission surveys show public faith in the euro itself is high, trust in the ECB — Europe’s most powerful institution — has lagged ever since the 2008-09 financial crisis. That trust gap worries policymakers, even if the ECB has made some progress in recent years.

Carsten Brzeski, ING’s global head of macro, said that except for some colourful headlines and an attempt to kick off Lagarde’s televised news conference with something other than monetary policy, he did not spot substantial changes.

“I also wonder whether the people on the streets found today’s show crisper or easier to understand. I doubt it,” he said.

Some analysts said the central bank’s goal of simplifying its message may be misguided as it also needs to address sophisticated financial investors who determine the price of assets and are the ultimate judges of the bank’s success.

“The policy decision and the press conference are for financial markets, ECB-watchers and journalists. This is not made for dumbing down,” ING’s Brzeski said. “The ECB should simply find other opportunities to talk to the ‘normal’ people but should stop trying to combine the two.”

Journalists also appeared to struggle to grasp the key takeaways of the ECB’s decision and repeatedly returned to seek an explanation of the bank’s new guidance on interest rates.

“The big change that we were all looking for was the forward guidance and it took Christine Lagarde almost one hour to explain it,” Pictet strategist Frederik Ducrozet said.

Ducrozet said that if the ECB wanted to communicate directly with the broader public, it should try other channels than the news conferences and policy statements, and provide accessible, good quality educational materials.

“What matters most — and people are making fun of it — are the cartoons, the website, the videos on YouTube. That is what makes a difference with the broader public.”