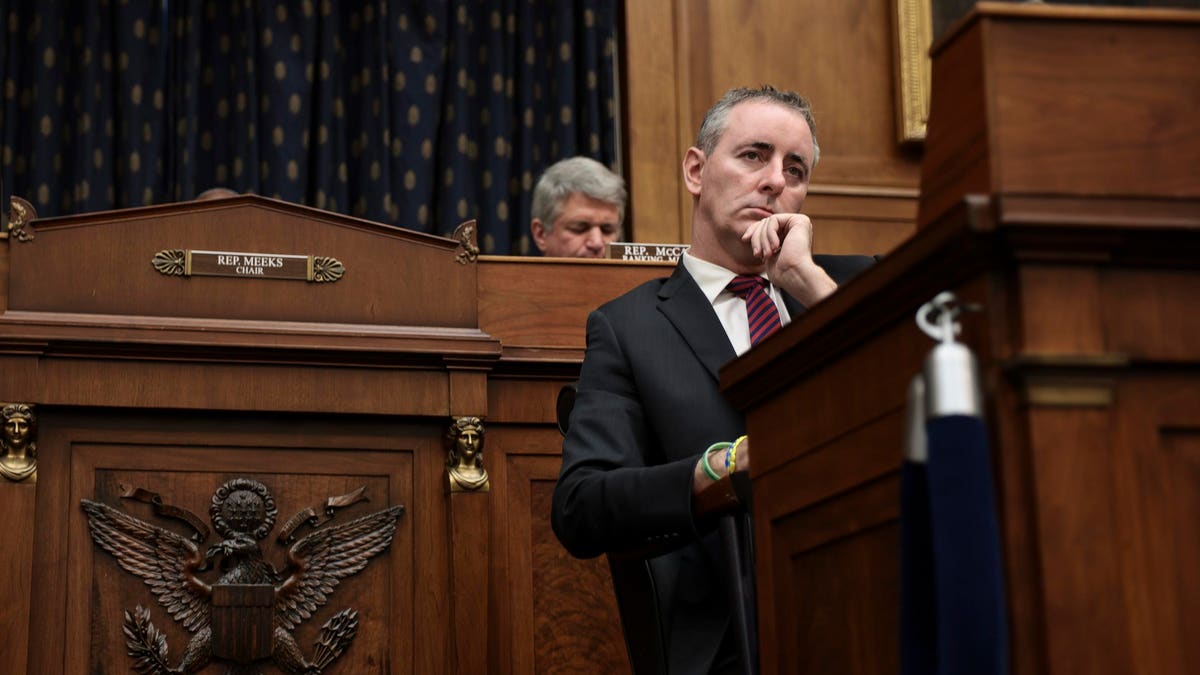 With the necessary votes thus far failing to materialize for a bipartisan $1.2 trillion infrastructure deal that the House is set to vote on this Monday, some lawmakers are already discussing the possibility that the bill be brought up again at a later date.

Rep. Brian Fitzpatrick, who supports the bill, told Forbes it “could fail on Monday”
Getty Images

Rep. Brian Fitzpatrick (R-Pa.), the GOP co-chair of the bipartisan Problem Solvers Caucus (PSC), who supports the bill, told Forbes it “could fail on Monday and then it gets reconsidered,” adding that “some people think that’s a likely outcome here.”

Fitzpatrick said House Speaker Nancy Pelosi could switch her vote from “yes” to “no” in order to file a motion to reconsider later on, pointing to an example in 2018 in which then-Speaker Paul Ryan voted against a farm bill he supported to keep it alive.

House Majority Leader Steny Hoyer, speaking to reporters at the Capitol on Tuesday evening, did not rule out that possibility, stating confidently that the bill “is going to pass at one point in time. One way, or the other.”

The comments come as the odds of the bill passing on Monday look increasingly bleak, with progressives claiming to have dozens of votes against it unless a $3.5 trillion reconciliation bill is passed by both chambers beforehand – an unlikely prospect.

Republicans are not keen to rescue the bill: Rep. Dan Meuser (R-Pa.), a member of the PSC, told Forbes he’ll support the infrastructure bill if it’s decoupled from reconciliation, but added “it doesn’t look like it’s going to be,” and Rep. Cathy McMorris Rodgers (R-Wash.) a member of the moderate Governance Group, said she plans to vote no.

Rep. Pramila Jayapal (D-Wash.), the chair of the Congressional Progressive Caucus, emerged from a meeting with Pelosi on Tuesday hinting that the vote may be postponed, noting Pelosi has a reputation for not bringing bills onto the floor that are “going to fail.”

Asked whether she still intends to hold the Monday vote, Pelosi told Forbes “we are on a path to get our job done,” though she told CNN “that’s the plan” in response to the same question.

A group of moderate House Democrats, who want to deny progressives the ability to hold the infrastructure bill as leverage to force more reconciliation spending, struck a deal with Pelosi last month to hold a September 27 vote on the infrastructure bill. Those moderates in turn voted to approve a blueprint for the $3.5 trillion reconciliation bill, which they are now working to narrow.

“I think the conversation for reconciliation loses all of the goodwill that is necessary to move forward with negotiations… if the infrastructure bill goes down on Monday,” Rep. Stephanie Murphy (D-Fl.) told Forbes, adding that Pelosi would create a “trust issue” between moderates and Democratic leadership if she postponed the vote.

On top of Meuser, two other Republican members of the PSC, Reps. Mike Gallagher (R-Wisc.) and Mike Bost (R-Ill.) told Forbes they plan to vote against the infrastructure bill. Rep. John Katko (R-N.Y.), the chair of the Governance Group, said “we’ll see” when asked how he plans to vote, adding, “Don’t forget, I helped write it.”

Fitzpatrick told Forbes he plans to meet with fellow Republicans in the PSC to “take their temperature” and hear out their objections to the infrastructure bill. “Everyone’s representing their districts and they have different paradigms on how they’re doing this,” he said.