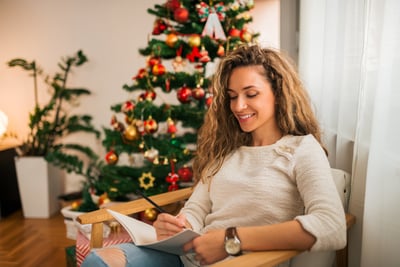 Yesterday’s turkey dinner is about to become today’s turkey sandwiches. And shoppers are crowding into stores or tossing items into online carts. It’s finally Black Friday — the biggest shopping day of the year. But with inflation raging and general economic woes weighing on consumers’ minds, everyone is wondering exactly how bright this start of the holiday season will be for retailers.

Shoppers may be more cautious about spending this year. And they might favor essentials or gift cards over typical holiday purchases. It’s not an easy environment for retailers in general. But there still could be some that win big. If you’re looking to invest in this season’s potential winners, try these two stocks…

Amazon‘s (AMZN 1.00%) Black Friday weekend sales reached records last year. Of course, this year’s economic context is much different. But Amazon still is well positioned to benefit during the holiday retail season and beyond. The latest holiday retail survey by Deloitte indicates that online-only retailers continue to be consumers’ preferred holiday shopping spot.

It’s also important to remember that Amazon’s Prime subscription service now includes more than 200 million members worldwide. They’ve been spending more and more on Amazon. So, it’s likely they’ll continue that during this season — especially considering Amazon’s free same-day or one-day deliveries. This makes a big difference as we get closer and closer to the holidays.

A win this season won’t necessarily boost Amazon’s shares overnight. And investors should expect some near-term bumps as the company deals with today’s economic context. Higher inflation has been weighing on Amazon’s earnings all year — adding to its costs and hurting shoppers’ buying power. But a strong fourth quarter could help Amazon make progress on its path to recovery.

Amazon stock is trading at 1.8 times sales — nearly its lowest since 2015. That looks cheap if you consider Amazon’s e-commerce leadership and the double-digit growth forecasts for the e-commerce market this decade.

Costco (COST 0.48%) is heading into the holiday season in a strong position. Today’s economic woes so far haven’t made a huge impact on the retailer. Costco’s earnings continue to grow. The company’s business model actually puts it in the perfect position to generate strong holiday sales during tough economic times.

Costco is a members-only warehouse. To shop there, you have to pay an annual fee. It’s likely that, after paying a fee, consumers will want to take full advantage of their membership — and do a lot of shopping at Costco. The retailer also could benefit because it offers rock-bottom prices. And that’s something shoppers probably will be looking for this year.

Finally, Costco’s strength in grocery and selling in bulk also could make it a top destination. That’s as people aim to maintain their usual big holiday dinners and parties — but on a budget.

Still, Costco’s membership model makes it worth paying a premium for the stock. Costco generates revenue before customers even start shopping there. And the company’s membership renewal rates top 90%.

So, Costco’s strengths don’t make it a buy just for the holidays. These elements also make Costco a good bet over time.