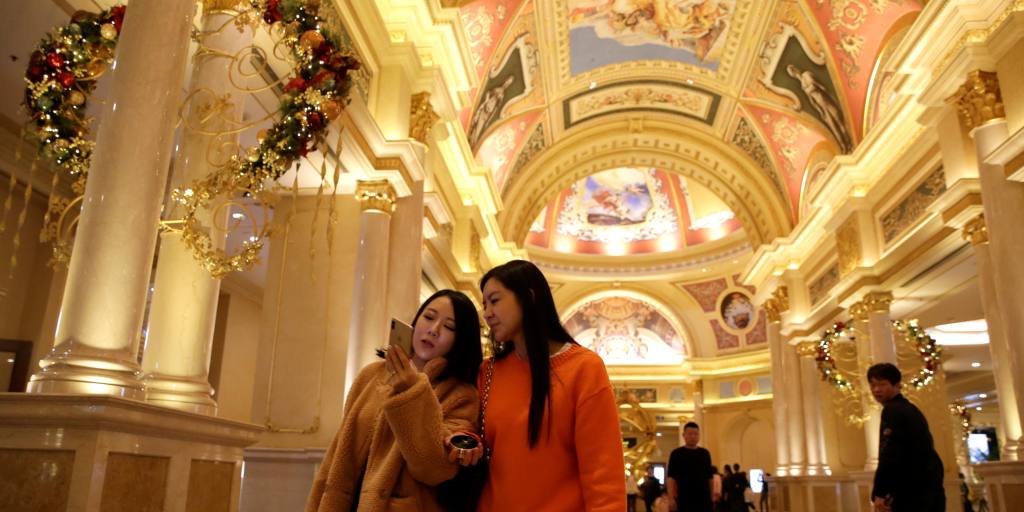 HONG KONG — Casino operators in Macao suffered a collective wipeout of billions of dollars in the stock market Wednesday after draft rules to tighten oversight on the industry were announced a day earlier.

The biggest loser was Wynn Macau, which tumbled as much as 34% during trading in Hong Kong but ended the day down 29%. Sands China slumped 33% at one point as well, recovering just slightly before the closing bell. MGM China Holdings and SJM Holdings closed 26.8% and 24% lower, respectively.

Collectively, the slides amounted to a loss of 143 billion Hong Kong dollars ($18.4 billion).

This sell-off follows Tuesday’s notice from Macao’s government that it will open public discussions on proposed revisions to casino regulations. The release hinted at a shorter licensing period from the current maximum of 25 years, along with a higher mandated shareholding ratio by Macao residents.

At the same time, investors soured on proposed provisions that may negatively impact earnings. For example, Macao is considering installing government “representatives” who will monitor casino operators.

Macao is the only enclave in greater China where gambling is legal. U.S. casino operators have been granted licenses in the territory.

Chinese officials have long been watchful of money laundering operations and capital outflows that use casinos as channels. Casino revenues sharply receded at one juncture under the weight of President Xi Jinping’s anticorruption campaign.

Known as the “Las Vegas of Asia,” Macao’s economy is dependent on casinos. The government has indicated that it will bring in tourists by adding non-casino resorts, but the pandemic has frustrated those plans.