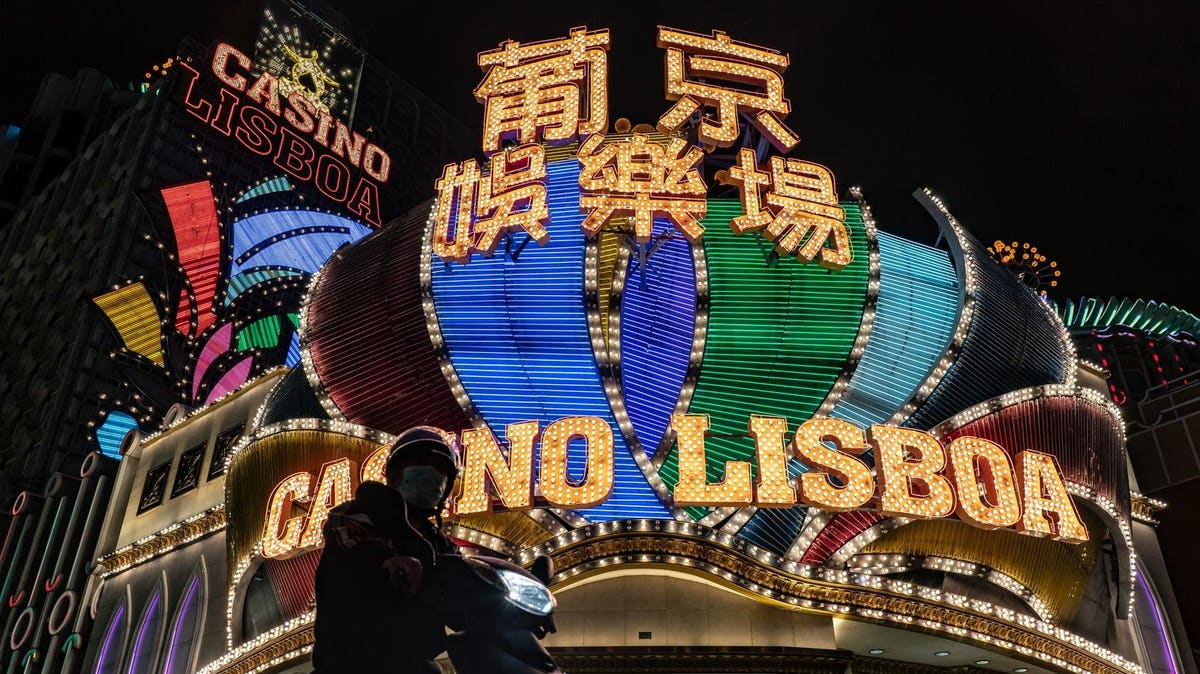 Shares of Macau’s top casinos plummeted by as much as 33% on Wednesday–wiping out over $18 billion in market value–after Chinese government officials announced plans to tighten restrictions on casino operators that may include the appointment of a state official to supervise the companies in the world largest gambling hub.

A motorcyclist stops for a traffic light in front of the Casino Lisboa in Macau, China.
Getty Images

Shares in Macau’s six biggest casino operators plummeted by a combined 23%, with American operators reporting the worst selloffs, according to Bloomberg Intelligence.

Shares in Sands China closed 32% down, Wynn Macau dropped by nearly 29%, while Galaxy Entertainment Group, SJM, Peers MGM China, and Melco Entertainment all ended up more than 20% down.

The massive sell-off took place after Macau’s secretary for economy and finance issued a notice on Tuesday announcing a 45-day public consultation period to iron out new regulations on the gambling industry.

The proposed regulations in Macau–the only place where gambling is legally allowed in China–also include the process of issuing licenses, the duration of said licenses and the level of government oversight on the industry, Bloomberg reported.

Apart from appointing government representatives to supervise operations, the regulations also propose an increase in the local shareholdings of the casino companies.

The new regulatory action comes at a time when Macau is still reeling from the effects of the Covid-19 pandemic, which forced the Chinese government to severely restrict travel into the enclave. The lack of inflow of tourists from the Chinese mainland severely impacted the economy of the region, which is the world’s largest gambling hub. According to Bloomberg, gambling revenue in August was 82% down compared to the same period in 2019. The moves also come at a time when tensions between the U.S. and China remain high, raising concerns that the new regulations may favor domestic casino operators over U.S.-based companies. Anticipating this, American gambling giants have moved to hire more local executives and position themselves more as Macau-based operators instead of foreign-owned ones, Reuters reported.