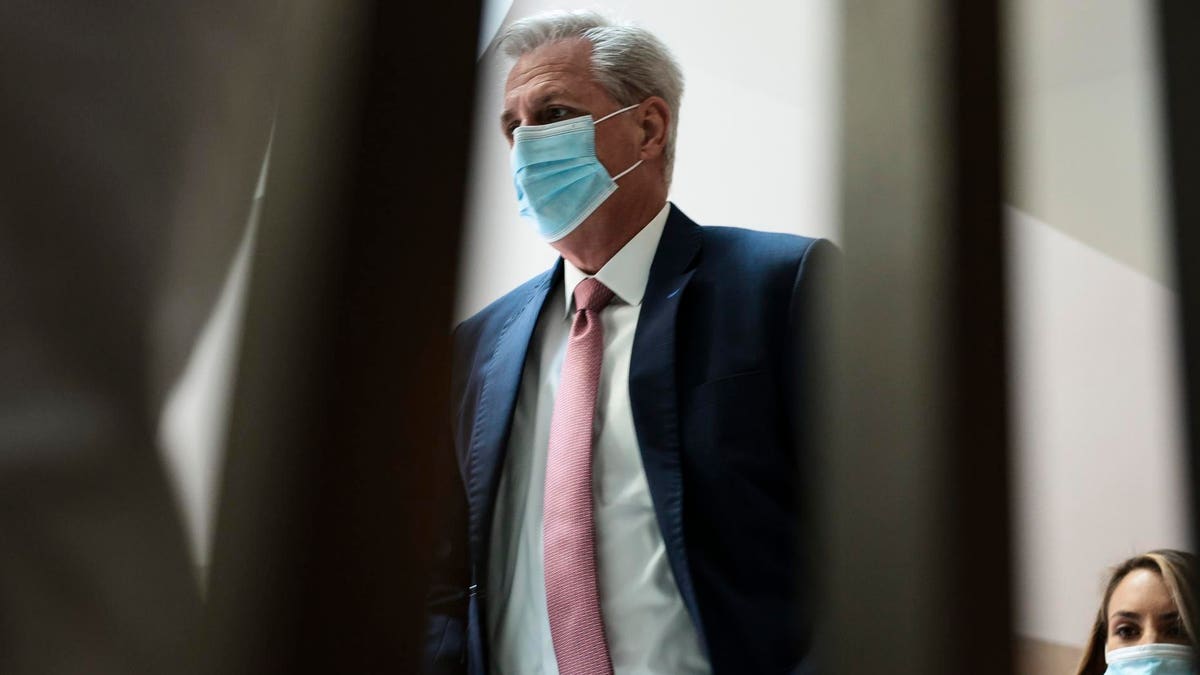 House Minority Leader Kevin McCarthy said Monday he doesn’t believe any of his members are planning to attend a September 18 “Justice for J6” rally at the Capitol calling for the release of imprisoned Capitol riot defendants.

WASHINGTON, DC – SEPTEMBER 13: House Minority Leader Kevin McCarthy (R-CA) departs from a classified … [+] briefing held by U.S. Capitol Police Chief J. Thomas Manger to brief congressional leaders on the security preparations for a rally taking place this weekend on Capitol Hill on September 13, 2021 in Washington, DC. Manger shared that temporary fencing around the Capitol Building would go up ahead of the “Justice for J6” rally which will draw people calling on justice for those arrested after the violent insurrection on January 6th. (Photo by Anna Moneymaker/Getty Images)
Getty Images

McCarthy told Politico “I don’t think anyone is” going to the rally, despite several right-wing members of his conference vigorously defending alleged Capitol rioters in the past.

Spokespeople for two of the House GOP’s most ardent defenders of Capitol riot defendants, Reps. Marjorie Taylor Greene (R-Ga.) and Madison Cawthorn (R-N.C.), said their bosses are not going to the rally, though others did not respond to inquiries.

McCarthy’s comments came after he and other congressional leaders were briefed on the rally by the Capitol Police, with chief Thomas Manger telling reporters they were briefed about the department’s “operation plan” for September 18.

Manger confirmed plans to re-install a security fence around the Capitol “a day or two before” the rally, adding that it will come down “very soon after” if “everything goes well.”

House Speaker Nancy Pelosi said the Capitol Police’s plan for September 18 “seems much better” than the plan they had for January 6, when hundreds of Trump supporters stormed law enforcement and ransacked the Capitol.

Senate Majority Leader Chuck Schumer echoed Pelosi’s sentiment, saying the Capitol Police seem “very, very well prepared, much better than before January 6,” adding that they are “ready for whatever might happen.”

Matthew Braynard, the former Trump campaign aide hosting the rally, told Forbes there is “no possibility of violence,” citing two similar rallies he held in D.C. “without incident.” Braynard said he has been “fully cooperative” with law enforcement and has a “private, diplomatic security team” and “many volunteers who will ensure this is a safe and productive event.”

“MPD will have an increased presence around the city where demonstrations will be taking place and will be prepared to make street closures for public safety,” D.C. Metropolitan Police spokesperson Brianna Burch told Forbes.

Eric Harris, a top aide to Rep. Jimmy Gomez (D-Calif.), who has led the charge to expel Greene from the House, told Forbes he has heard from Republican staffers who say their bosses may “make an appearance at this demonstration.”

The briefing came shortly after the Capitol Police announced the arrest of a 44-year-old California man who was found with a machete and a bayonet in a truck filled with swastikas and white supremacist symbols outside the Democratic National Committee. The department said in a statement it’s not clear if the suspect, Donald Craighead, planned to attend the Saturday rally.