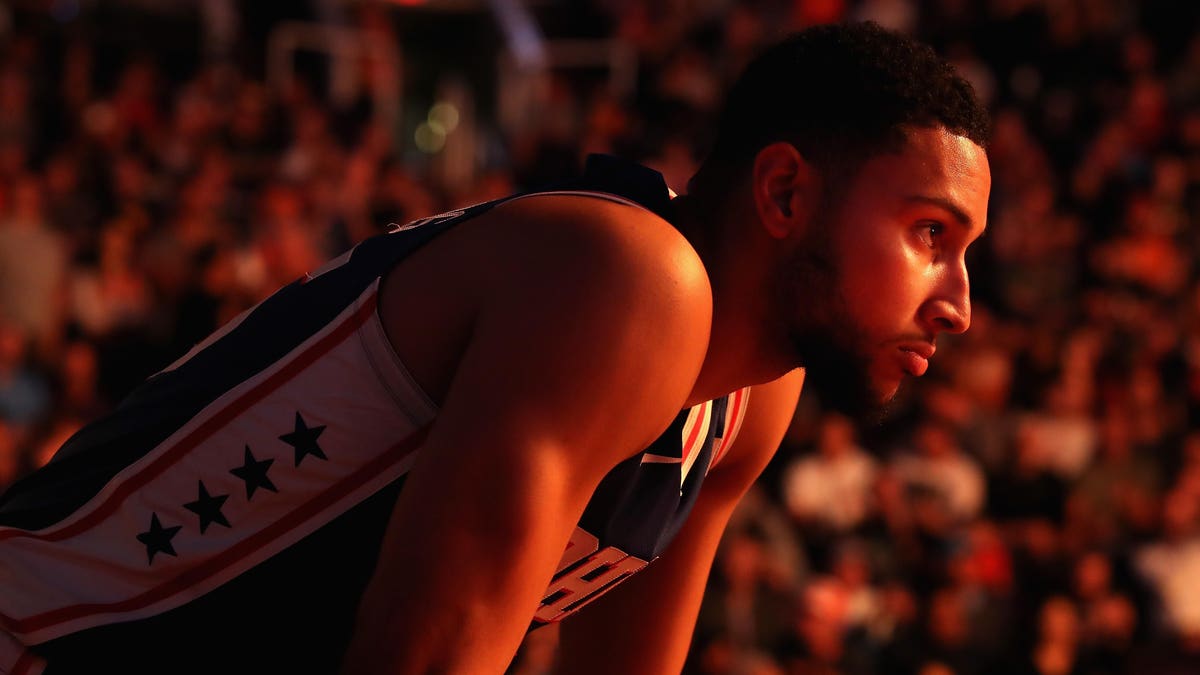 NBA all-star Ben Simmons reportedly won’t be reporting to Philadelphia 76ers’ training camp next week and may be searching for a new team to continue his NBA career, multiple news outlets reported, following the 76ers poor end to the playoffs last season, which Simmons took the brunt of the blame for.

PHOENIX, ARIZONA – NOVEMBER 04: Ben Simmons #25 of the Philadelphia 76ers stands on the court before … [+] the NBA game against the Phoenix Suns at Talking Stick Resort Arena on November 04, 2019 in Phoenix, Arizona. NOTE TO USER: User expressly acknowledges and agrees that, by downloading and/or using this photograph, user is consenting to the terms and conditions of the Getty Images License Agreement (Photo by Christian Petersen/Getty Images)
Getty Images

Simmons met with the team in late August and told team officials that he was planning to not play another game with the 76ers franchise, sources told ESPN.

This followed a disappointing playoffs game for the top-seeded 76ers in June when they were eliminated in the second-round by the Atlanta Hawks.

Fans and, reportedly, team members placed the blame on Simmons for the team’s exit after he shot 34% from the free-throw line during the playoffs and spent time on the bench after being reluctant to take shots late in games, according to AP.