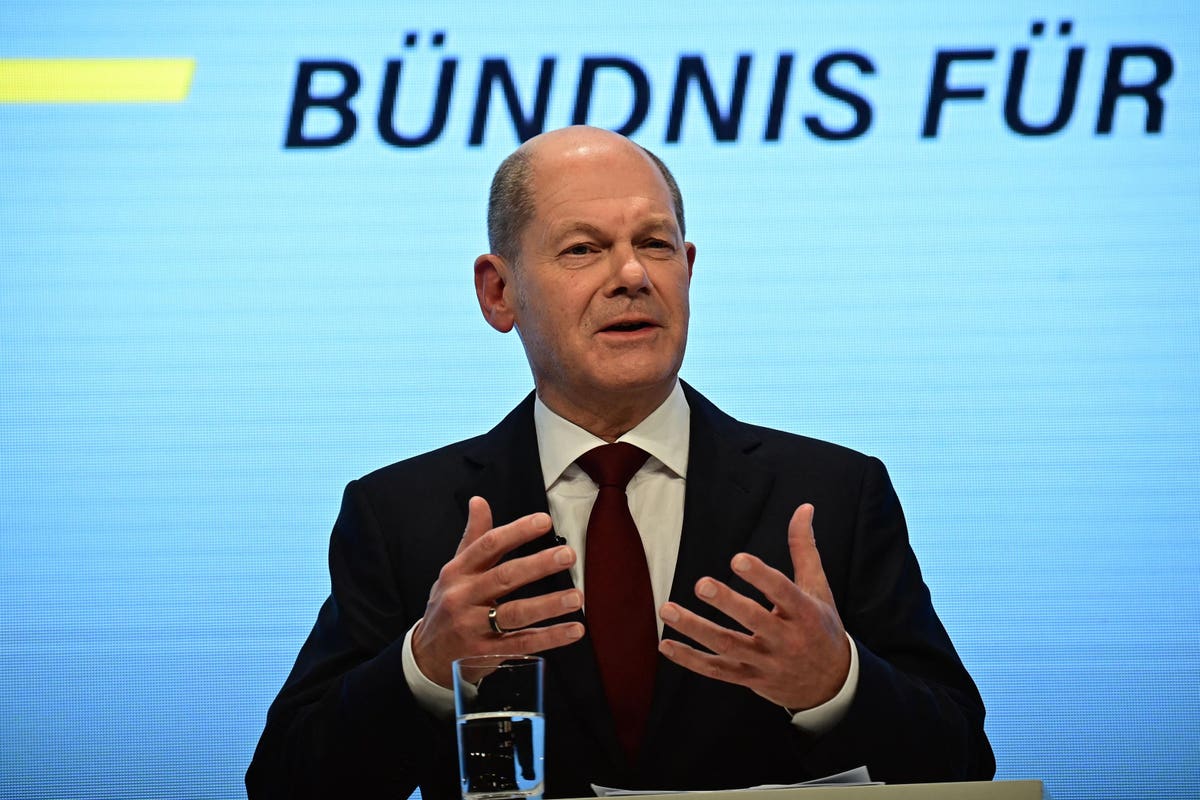 Bitcoin and cryptocurrency prices have rocketed over the last year, fueling a surge of interest in the digital asset space as traders and investors pile in.

The bitcoin price is now trading at just under $60,000 up from under $20,000 this time last year–with bullish investors predicting the price of bitcoin, as well as the price of some smaller cryptocurrencies, will continue to climb.

Ahead of the latest price surge–propelling the bitcoin and crypto market to around $3 trillion from lows of $150 billion in 2020–Germany’s new chancellor Olaf Scholz warned over a “tulip”-style bubble developing in the crypto market–adding “the currency monopoly” must remain in the “hands of states.”

Sign up now for the free CryptoCodex–A daily newsletter for the crypto-curious. Helping you understand the world of bitcoin and crypto, every weekday

Olaf Scholz, who has served as Germany’s finance minister since March 2018 when he warned over … [+] bitcoin price growth, will head a three-party coalition in the country.
AFP via Getty Images

“I would doubt whether [bitcoin and cryptocurrencies have] any prospects as a currency model,” Scholz said in 2018, it was reported by Reuters and translated to English by Google. “The danger is high that it will become a tulip inflation,” added Scholz, referring to the famous speculative tulip bubble that began in 17th century Amsterdam.

Scholz, who is expected to lead efforts to transition Germany to a green economy, also warned over the energy-intensive way the decentralized bitcoin network is maintained.

The bitcoin network is thought to consume almost 200 terawatt-hours of electricity annually, according to the University of Cambridge Bitcoin Electricity Consumption Index, comparable to the power consumption of Thailand. Earlier this month, Swedish authorities called on the European Union to ban energy-intensive bitcoin and crypto creation and network maintenance–a process known as mining.

“I do not support private sector digital currencies,” he said in November last year, going on to say: “We must do everything possible to make sure the currency monopoly remains in the hands of states.”

The bitcoin price has soared following Olaf Scholz’s warning that the bitcoin and crypto market … [+] could develop into a tulip-style bubble.
Coinbase

Other world leaders have also warned over growing bitcoin and cryptocurrency use.

“What looks like a very interesting and somewhat exotic effort to literally mine new coins in order to trade with them has the potential for undermining currencies, for undermining the role of the dollar as the reserve currency, for destabilizing nations, perhaps starting with small ones but going much larger,” Clinton said, speaking during a panel discussion at the Bloomberg New Economy Forum in Singapore, and adding she hopes “nation-states start paying greater attention to is the rise of cryptocurrency.”