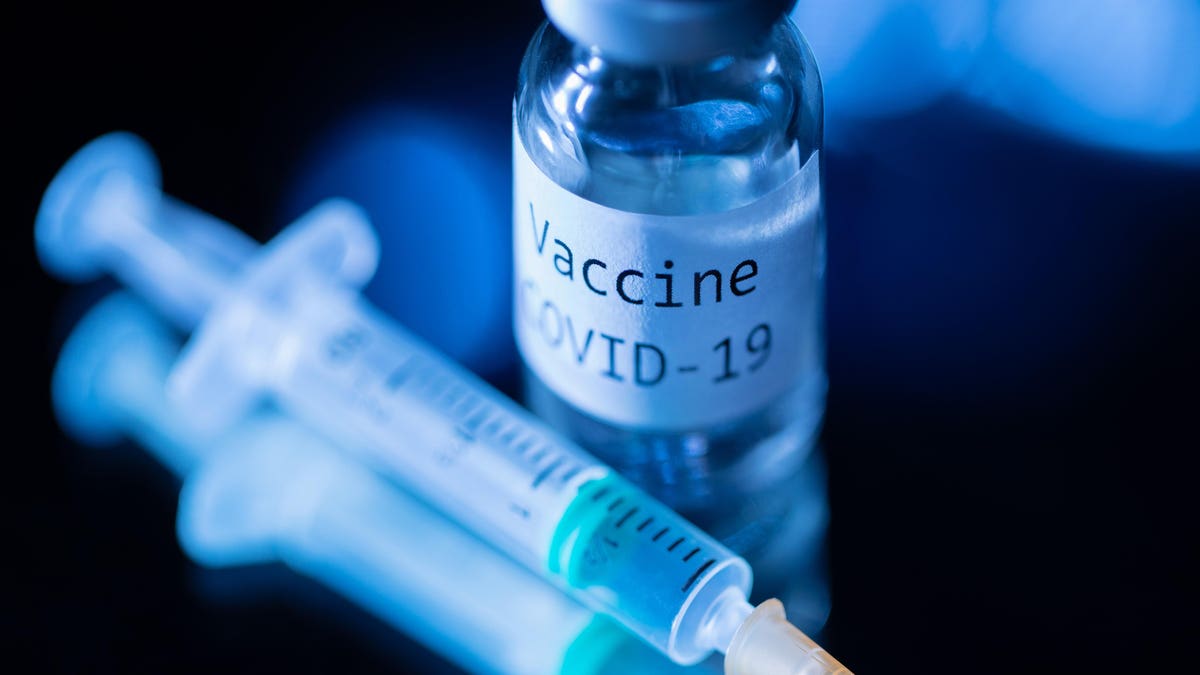 Childcare workers in New Jersey must receive Covid-19 vaccines by November 1 or undergo weekly testing under an executive order Gov. Phil Murphy said he planned to sign on Monday, joining a handful of cities that have extended mandates to the childcare industry.

TOPSHOT – This picture taken on November 17, 2020 shows a syringe and a bottle reading “Vaccine … [+] Covid-19”. – According to the World Health Organization, some 42 “candidate vaccines” against the novel coronavirus Covid-19 are undergoing clinical trials on November 17, 2020. (Photo by JOEL SAGET / AFP) (Photo by JOEL SAGET/AFP via Getty Images)
AFP via Getty Images

Under the order, workers and facility employees at childcare services in New Jersey should receive their second dose by October 17 or face the alternative of a test every week, the governor said at a press briefing.

Childcare facilities with children 2 years old and over, including schools, are also subject to a mask mandate, effective September 24, he added.

There are 20,000 childcare workers in New Jersey, according to the Bureau of Labor Statistics.

It was not immediately clear whether the order also applied to charter and private schools and what percentage of staff at childcare facilities subject to the new mandate have been vaccinated.

Gov. Murphy’s office did not immediately respond to a request for comment.

“This brings us no joy,” the governor said during a briefing, “but it’s the right thing to do.”

Last month, New Jersey ordered pre-K-12 teachers and staff and state employees to be fully vaccinated against COVID-19 by mid-October or for them to receive regular testing once or twice a week. Around seven in 10 people in the state have received at least one dose of the vaccine, according to New York Times‘ Covid tracker. The state’s number of deaths from the virus averaged 20 daily as of last week, up more than 30 percent from the previous 14 days, the tracker showed.

New Jersey joins a growing list of states requiring staff at childcare facilities to be inoculated. D.C. has also issued a vaccine mandate for childcare workers with the same time frame as New Jersey on Monday, while New York City ordered all workers at childcare centers and after-school programs contracted with the city to receive at least a dose of vaccination by the end of this month. Two states, the District of Columbia and Puerto Rico, have ordered all teachers to get vaccinated, and teachers in seven states were required to get vaccinated or undergo regular testing, as of September 20, according to EducationWeek.

Not everyone is on board with vaccine mandates. A group of Catholic and Baptist medical professionals filed a complaint in New York last week opposing the enforcement of vaccines for healthcare workers on religious grounds. A string of public employees and medical workers have sued states and local governments over Covid-19 policies. Following the lawsuit in New York, a federal judge sided with the plaintiffs and temporarily suspended the state from obligating the order to those who refuse to get vaccinated for religious reasons.