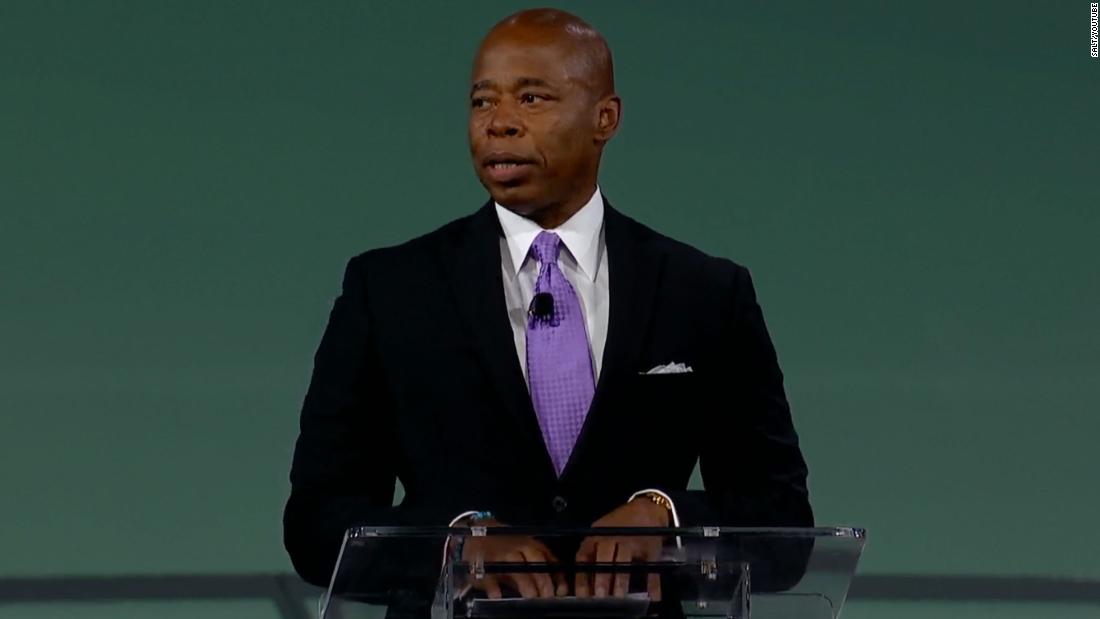 share this article!
“New York will no longer be anti-business,” Adams said while addressing a Wall Street crowd of investors and financial executives in Manhattan. “This is going to be a place where we welcome business and not turn into the dysfunctional city we have been for so many years.”
Adams, a former member of the New York Police Department, promised a “laser focus” on gun violence and that he would address homelessness and boost affordability.
“All across our country, gangs and guns are destroying the foundations of not only public safety, but business,” he said. “No one is coming to New York if a three-year-old is shot in Times Square.”
Adams was speaking at SALT, an annual hedge fund conference typically held in Las Vegas that relocated to New York this year because of the pandemic.
Read More
Anthony Scaramucci, the SkyBridge Capital founder who runs SALT, called Adams the “right person at the right time at the right place for New York City.”
Scaramucci, who briefly served in the Trump administration, said he’s financially supporting Adams and described him as a “warrior for the city.”
Adams said too often cities across America play a game of “whack-a-mole” addressing problem after problem. “We are dysfunctional as a city in New York and dysfunctional as a country,” he said.
He promised to make New York City a center for electric cars, drone development and cybersecurity and touted investments in green jobs.
But Adams also asked business leaders to work with government to grow New York and to find jobs for the hundreds of thousands of residents who are out of work.