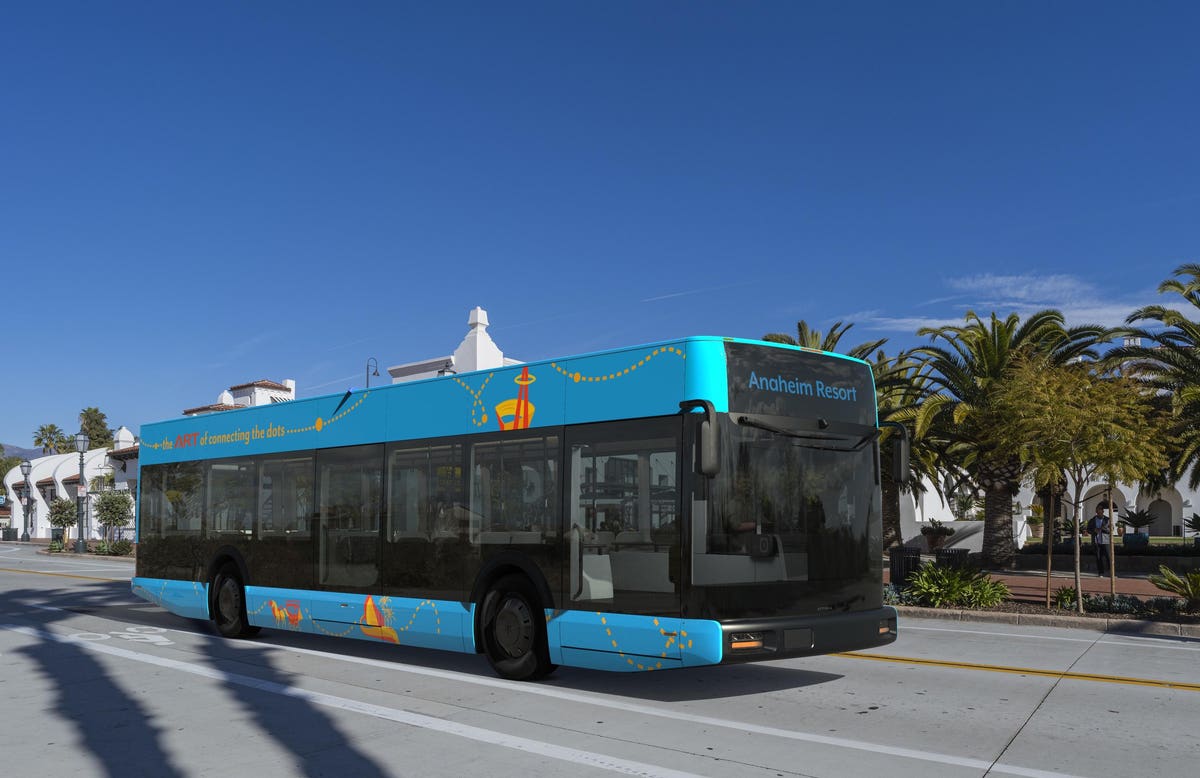 Arrival, a U.K.-based startup preparing to build electric trucks and buses that cost about the same as conventional carbon-fueled models, said the first customer for its lightweight battery bus is the operator of transit services to and from Disneyland and other attractions in Anaheim, California.

The city and the Anaheim Transportation Network said they’ll use a $2 million federal grant to buy five of Arrival’s 40-foot electric models to replace units in its fleet powered by liquefied natural gas. The buses will be built in Rock Hill, South Carolina, at the first of Arrival’s “microfactories,” small, relatively low-cost production facilities the company can set up in existing warehouses.

“We have been actively seeking grant funding opportunities to ensure we can meet our goal of becoming California’s first all-electric bus fleet by 2025,” said ATN Executive Director Diana Kotler. “This investment brings us that much closer.”

While Arrival has announced plans to supply thousands of electric delivery vans to customers including UPS and LeasePlan, the Anaheim order is the first for the high-tech bus that the company debuted a year ago. Competition in the U.S. electric transit bus market has tightened in recent years, led by Silicon Valley producer Proterra, Canada’s New Flyer and China-based BYD. Arrival says it will have a price advantage as its buses will cost about the same as those powered by diesel, natural gas or LNG, owing to significant weight savings and smaller, lighter battery packs.

“The Arrival Bus will change the face of public transportation when it hits the roads,” said Mike Ableson, CEO of Arrival Automotive. “Our first order from a U.S. transit operator is just the beginning.”

The bus deal comes a week after London-based Arrival announced an initial order for 3,000 electric delivery vans from LeasePlan, a “car-as-a-service” company based in Amsterdam. It’s also preparing to make 10,000 vans for UPS’s delivery fleet. In May, Arrival said it’s also developing a small, battery-powered car for use in rideshare fleets that will be tested with Uber.

ATN’s network includes Anaheim Resort Transportation, with lines that start and end at Disneyland, travel through the city, connect to Amtrak and regional rail lines and carry nearly 10 million passengers a year.