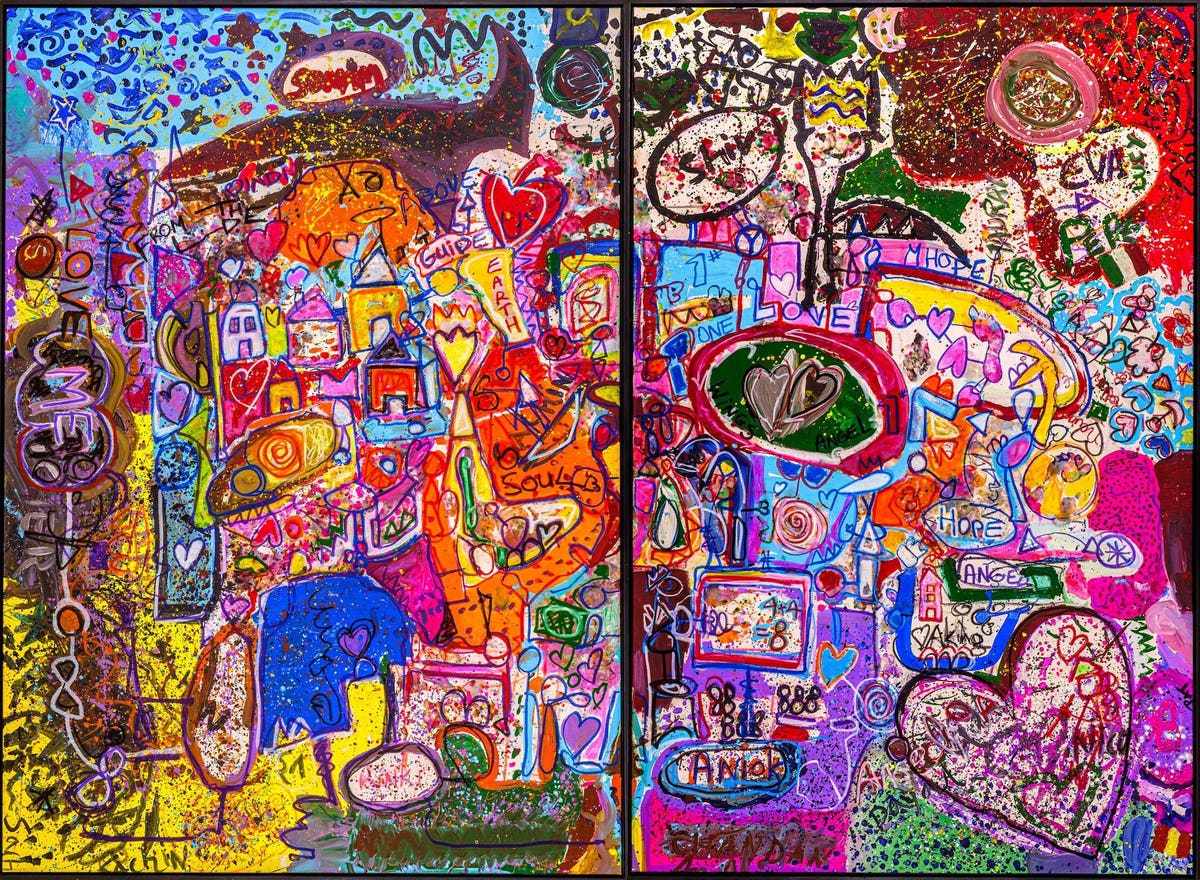 On the Wings of an Angel by Sacha Jafri
Sacha Jafri

A non-fungible token (NFT) artwork sold for nearly $1 million in just under a minute, setting a new record for the fastest selling NFT. Meanwhile another artwork set a record for the largest amount raised for charity by a NFT.

‘On the Wings of an Angel’ by Sacha Jafri was made into an open edition NFT and auctioned at amfAR’s annual Cannes Gala on Friday 16 July.

In 45 seconds, 1,500 open editions of the painting were bought for EUR750,000 ($884,760) by U.K. tech entrepreneur Scott Fletcher with the entire amount destined for amfAR’s AIDS research programs.

In total, amfAR raised more than $11 million at its scaled back Cannes Gala. As well as wealthy bidders, scores of celebrities such as Spike Lee, Orlando Bloom and Alicia Keys watched the auction.

‘On the Wings of an Angel’ was inspired by Jafri’s travels to refugee camps around the world. The physical painting was sold previously for an undisclosed price to an unnamed buyer. The open edition NFTs are digital reproductions of the artwork and sold via NFT platform Infinity8.

It is Jafri’s first ever NFT. The painter already holds a Guinness World Record for creating the largest canvas painting ‘Journey of Humanity’ which sold at a charity auction in March for $62 million making it the fourth highest price paid for an artwork by a living artist.

Having realized the power of NFTs to raise money for charity, Jafri is planning several more. “I’ve got an opportunity to create some meaningful things and raise a huge amount of money for charitable concerns around the world,” he says.

An online auction of further editions of the same painting will start today (Thursday 22 July) with Infinity8. The price of each edition increases from EUR635.30 ($747.84) until the close of the sale on Monday 27 July. All proceeds will go to amfAR.

Jafri will then release 99 ‘crypto angels,’ a series of NFTs, each for a different charity. They are his version of a ‘cryptopunk,’ and a way to tap into the wallets of the new generation of billionaires who owe their wealth to cryptocurrencies.

“These billionaires, they’re doing nothing charitable, they know nothing about the value of money,” says Jafri. “They’re spending all this money on cryptopunks and all this crap just so they can show off to their friends and say, ‘Hey look what I’ve got, look what I own.’

“There’s an opportunity for an NFT to take some of those funds and distribute them to charitable causes.”

Jafri was encouraged to create his first NFT by Javed Fiyaz, founder of Infinity8, the first NFT platform to facilitate NFT auctions for charity.

“If you just sell artwork in order to do something good for charity only the rich and wealthy can afford to partake,” says Fiyaz, who invested in cryptocurrencies after making money in shipping and real estate. “In something like this it becomes available to anyone with $1,000 to become part of a big project to help humanity.”

‘On the Wings of an Angel’ might have been the fastest, but it was not the most expensive NFT charity auction.

On the same day as the amfAR Cannes Gala, Chinese artist Cai Guo-Qiang sold his first NFT artwork for $2.5 million, a record for a non-digital artist, and the highest ever paid for an NFT at a charity auction.

The proceeds from the sale of Cai’s ‘Transient Eternity-101 Ignitions of Gunpowder Paintings,’ will go to the Shanghai Bund Art Museum and the New York Cai Foundation which encourages young Chinese artists to study in the U.S.

Hosted by TR Lab, the NFT is a video of 100 explosions where Cai has used gunpowder to create one artwork out of others. In opening the auction, Cai asked, “Is it possible to create an art project with a more forward-looking vision, and with more compelling forms and concepts, by leveraging the core values unique to NFT technology?”

Cai Guo-Qiang creates an artwork from fire and gunpowder at Seaworks in Melbourne, Australia.
Getty Images for NGV

Charities, on the other hand, will be asking whether NFTs can be a new source of fundraising from wealthy donors. The nonprofit world has rushed to adopt cryptocurrency payments following ethereum co-founder Vitalik Buterin’s $1 billion crypto donation to the India Covid Relief Fund.

Now NFTs have the potential to both raise millions and create a new generation of philanthropists who see things differently from their forebears.

“The days of Bill Gates and Richard Branson and philanthropists like those guys: Those boys are gone and we’re now dealing with this new generation who don’t understand charity in the same way,” says Jafri.