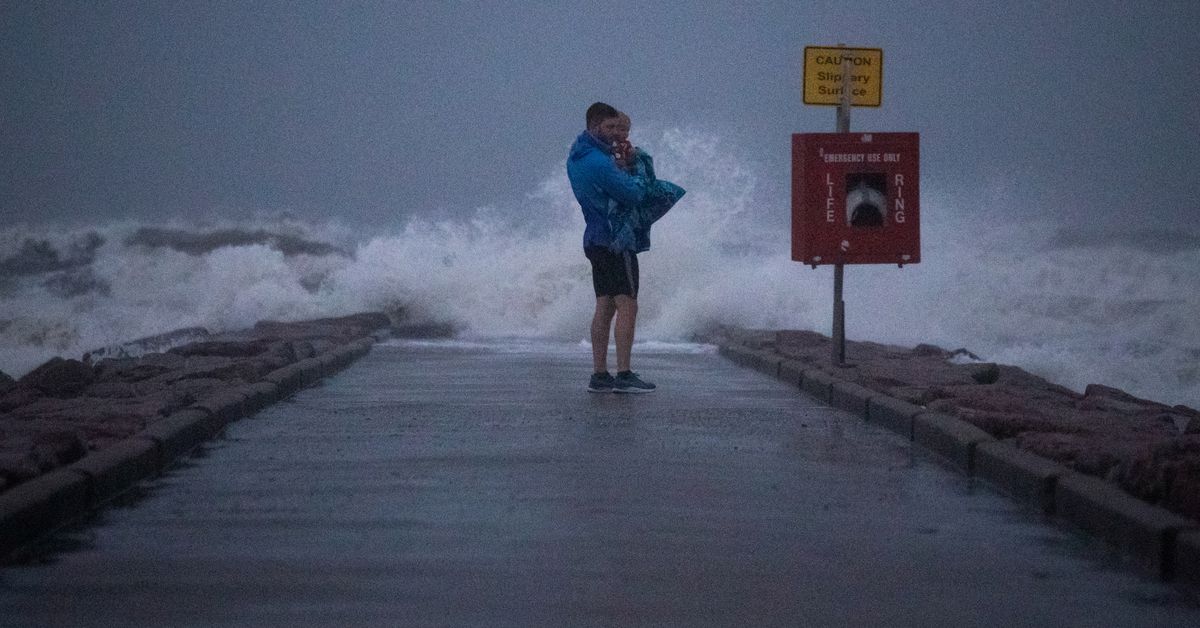 HOUSTON, Sept 14 (Reuters) – Heavy rains lashed Texas and Louisiana on Tuesday as Hurricane Nicholas weakened into a tropical storm, bringing the threat of widespread floods and power outages as it swept down the U.S. Gulf Coast.

It is the second major storm to threaten the region in recent weeks after Hurricane Ida killed more than two dozen people in August and devastated communities in Louisiana near New Orleans.

Nicholas should weaken further and become a depression by Wednesday, the National Hurricane Center (NHC) said. It could still cause life-threatening flash floods across the Deep South in the next couple of days, the agency warned.

Nicholas was about 15 miles (25 km) south-southwest of Houston, Texas, by 7 a.m. Central Time (8 a.m. ET), heading north-northeast with maximum sustained winds of 60 miles per hour (95 km per hour), the NHC said in a bulletin.

President Joe Biden declared an emergency for Louisiana and ordered federal assistance for local responders because of the effects of Nicholas, the White House said.

Nicholas could knock out electricity and hamper restoration efforts after Ida knocked out power in Louisiana.

Early on Tuesday, more than 95,000 customers in Louisiana had lost power, according to the website PowerOutage.us, while in the Houston area alone, more than 415,000 customers faced outages, utility CenterPoint Energy said.

“It will be a very slow-moving storm across the state of Texas that will linger for several days and drop a tremendous amount of rain,” Texas Governor Greg Abbott had said on Monday.

Abbott declared states of emergency in 17 counties and three cities, with boat and helicopter rescue teams being deployed or put on standby.

Local resident John Smith holds his 18-month-old son Owen as he stands near breaking waves on a pier ahead of the arrival of Tropical Storm Nicholas in Galveston, Texas, U.S., September 13, 2021. REUTERS/Adrees Latif

The Houston Independent School District canceled Tuesday’s classes, while dozens of schools across both states were shut on Monday.

Houston suspended light rail and bus services on Monday evening. Hundreds of flights were canceled or delayed at airports in Corpus Christi and Houston.

Houston, the fourth most populous U.S. city, was devastated in 2017 when Harvey, a Category 4 hurricane, slammed Texas, dropping up to 40 inches (102 cm) of rain in some areas and killing more than 100 people.

National Weather Service models forecast rainfall totals from Nicholas from 16 inches (41 cm) in coastal parts of Texas to 20 inches (51 cm) in some spots. Its northeast sweep was expected to pummel parts of south-central Louisiana and southern Mississippi with up to 10 inches (25 cm) of rain.

The NWS issued storm surge, flood and tropical storm warnings and watches throughout the region, calling it a “life-threatening situation.”

Louisiana Governor John Bel Edwards warned against flash floods triggered by the heavy rain as drainage systems were still clogged with debris from Ida and other storms.

Royal Dutch Shell (RDSa.L) began evacuating staff on Monday from an oil platform in the Gulf of Mexico as firms battened down against the winds. read more