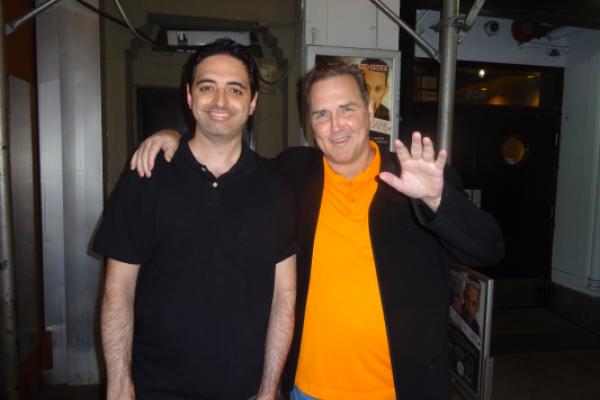 “He was most proud of his comedy,” Macdonald’s longtime producing partner and friend Lori Jo Hoekstra told Deadline. “He never wanted the diagnosis to affect the way the audience or any of his loved ones saw him. Norm was a pure comic. He once wrote that ‘a joke should catch someone by surprise, it should never pander.’ He certainly never pandered. Norm will be missed terribly.”

That’s The Way It Is: Macdonald, 61, was best known for his stint as a writer and cast member of NBC’s “Saturday Night Live” from 1993-1998, where he manned the Weekend Update anchor desk for about three seasons. His ruthless jabs about then-President Bill Clinton, Michael Jackson and O.J. Simpson often drew laughter and hushed shock from the audience.

Outside of Weekend Update, Macdonald’s impersonations of Bob Dole, Larry King and Burt Reynolds have lived on long after in YouTube clips.

Outside of “SNL,” Macdonald starred in the comedy series “Norm” on Walt Disney Co’s (NYSE: DIS) ABC from 1999-2001. He had a one-season talk show for Netflix Inc. (NASDAQ: NFLX) in 2018, in addition to several podcasts and late-night talk show appearances.

He also starred in the 1998 cult comedy film “Dirty Work.”