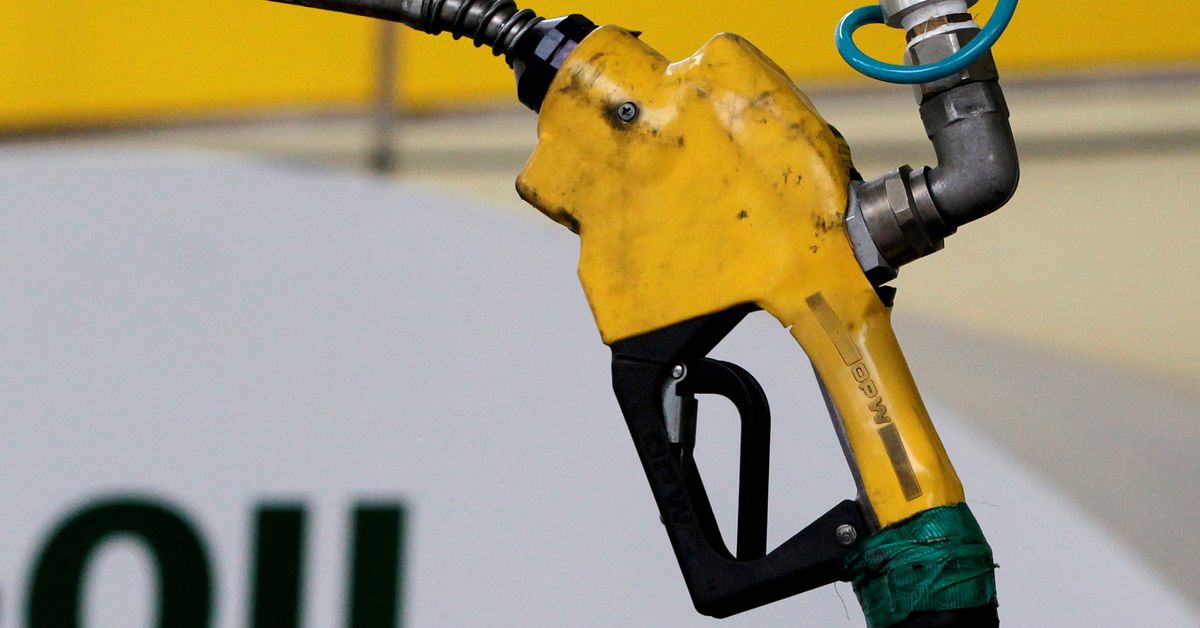 A gas pump at a petrol station in Seoul June 27, 2011. REUTERS/Jo Yong-Hak/File Photo

That was a much bigger decline than the 2.4 million barrel drop in crude inventories which 10 analysts polled by Reuters had expected on average.

The market will be watching out for data from the U.S. Energy Information Administration on Wednesday to confirm the big drops in crude and fuel stocks.

Gasoline inventories fell by 432,000 barrels and distillate stocks, which include jet fuel, fell by 2.7 million barrels, the API data showed, according to the sources, who spoke on condition of anonymity.

That comes at a time when jet fuel demand is picking up.

“Market sentiment got additional support from the end of the U.S. ban on foreign travellers,” ANZ commodity analysts said in a note.

Further supporting the market, some producers in the Organization of the Petroleum Exporting Countries and their allies, together called OPEC+, are struggling to increase output up to their targeted levels, sources told Reuters. Most of the shortfall is from Nigeria, Angola and Kazakhstan. read more