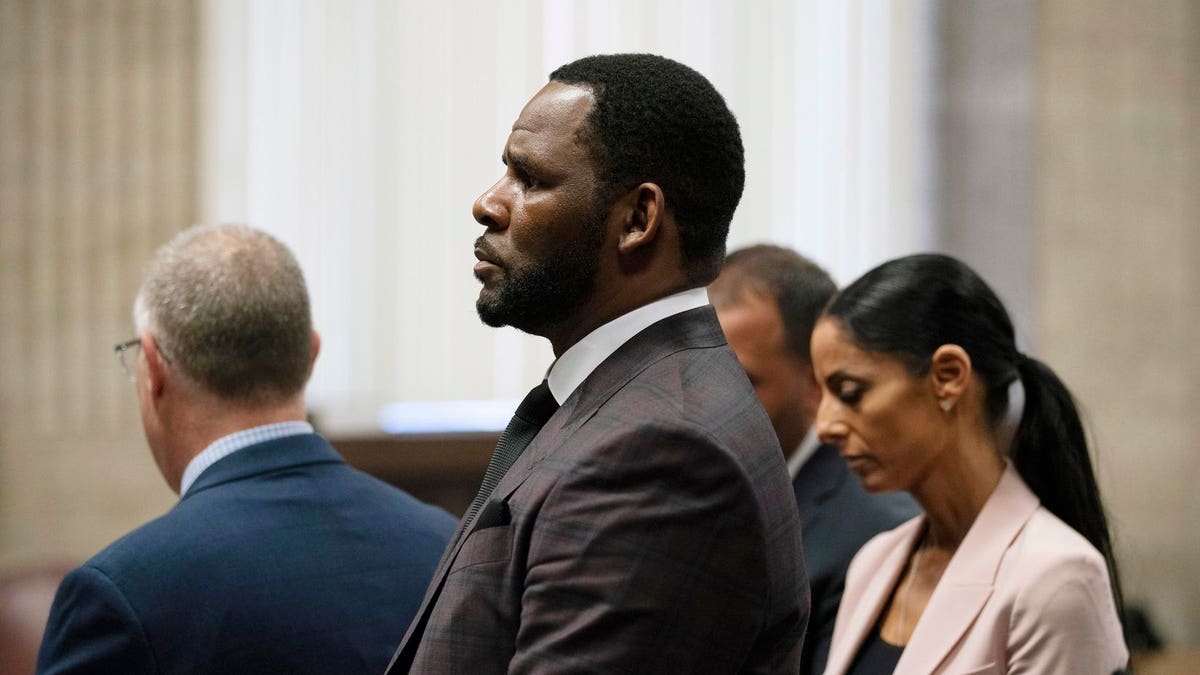 Federal prosecutors in New York asked a judge for permission Friday to admit new evidence against singer R. Kelly of uncharged crimes including bribery and sexual abuse of minors in his upcoming trial in New York, according to multiple reports.

CHICAGO, IL – JUNE 26: R&B singer R. Kelly (C) appears at a hearing before Judge Lawrence Flood at … [+] Leighton Criminal Court Building June 26, 2019 in Chicago, Illinois. Prosecutors turned over to Kelly’s defense team a DVD that alleges to show Kelly having sex with an underage girl in the 1990s. Kelly has been charged with mulitiple sex crimes involving four women, three of whom were underage at the time of the alleged encounters. (Photo by E. Jason Wambsgans-Pool/Getty Images)
Getty Images

Among the new allegations introduced in a 55-page motion is that he sexually abused a 17-year-old boy who he met at a McDonald’s in Chicago in 2006 and coerced the boy to have sex with others, which Kelly videotaped.

In 2019, after the documentary Surviving R. Kelly was released, Kelly’s crisis manager allegedly bribed a Cook County clerk to give them information on Kelly’s legal troubles.

A recording of a conversation between the crisis manager and Kelly about the bribery was found after searching Kelly’s phone, prosecutors said in the motion.

Prosecutors also want to introduce evidence that Kelly believed he had impregnated singer Aaliyah Haughton in 1994 when he married her at age 15, which they allege was motivated by the desire to shield her from being compelled to testify against him.

Prosecutors also want to play videos for the jury showing Kelly’s physical and verbal abuse, with one video allegedly showing him threatening an 18-year-old woman who he believed stole from him.

R. Kelly’s trial is set to begin on Aug. 9 in federal court in the Eastern District of New York. In his indictment he is accused of exploiting minors for sexual purposes, including Aaliyah, who died in a plane crash in 2001, and producing and receiving child pornography. Prosecutors have also detailed at least 10 incidents of sexual abuse with different women dating back to 1991. Kelly pleaded not guilty and is currently being held at a Brooklyn prison.

R. Kelly: The history of allegations against him (BBC)