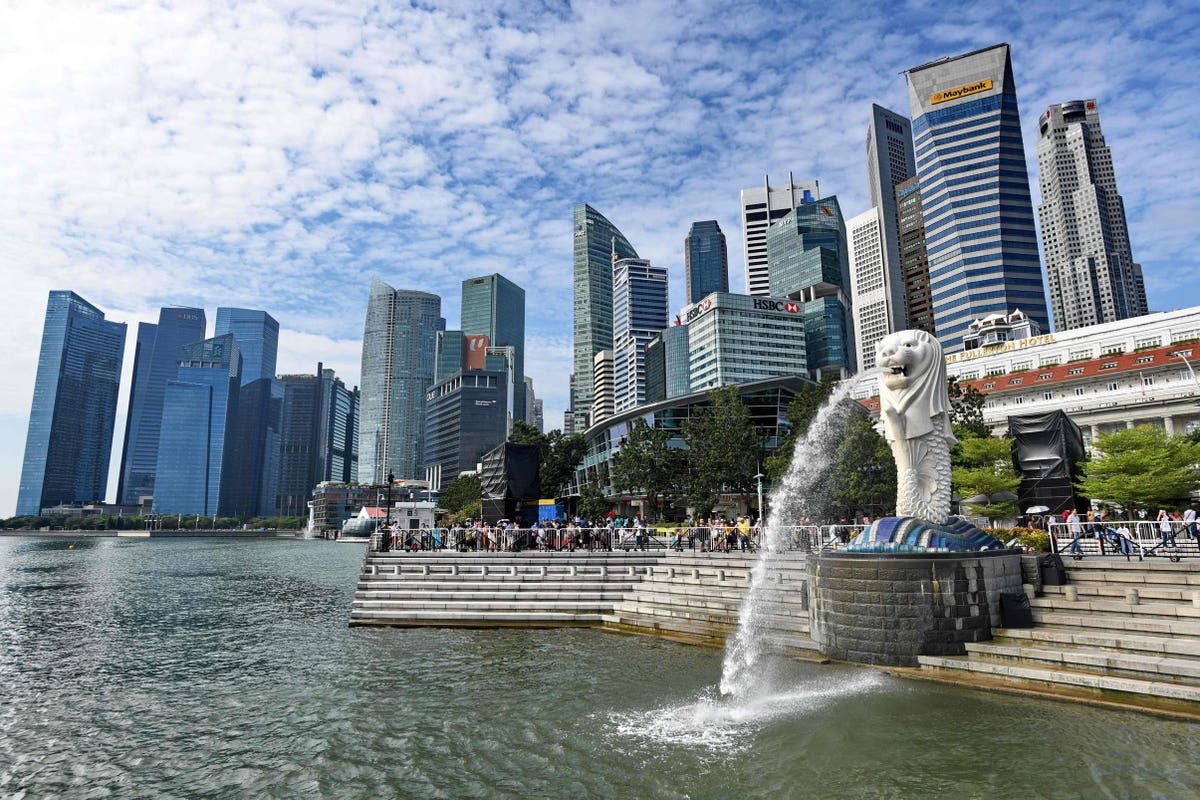 Singapore has a message for those betting 2023 will be a better year for the global economy: not so fast.

On Wednesday, Gabriel Lim, head of the city-state’s Ministry of Trade and Industry, warned that the “external demand outlook has softened further due to the weaker outlook for the eurozone amid an energy crunch, as well as for China as it continues to grapple with recurring Covid-19 outbreaks.”

Lim projects Singapore’s economic growth rate for next year could be as low as 0.5% amid slumping exports. Yet what Lim isn’t saying is that things could get even worse for East Asia.

And don’t Asia’s wealthiest know it. Though not directly related, Singapore is where Kevin Kwan’s “Crazy Rich Asians” saga is based. It’s one of the centers of Asia’s family office craze as the uber wealthy seek greater alpha and low-tax locales to hand over the reins to successors.

Asia’s rich surely aren’t crazy about the whiff of distress in bond markets. Whether fair or not, that has many stepping away from Credit Suisse, which runs Asia’s second-largest private bank behind UBS. According to Bloomberg, UBS, and to some extent Morgan Stanley, are seeing sizable inflows from rich Asians stepping from Credit Suisse amid fears of losses.

Such fears, though, seem a microcosm within a microcosm. Family offices in Singapore are arguably teeing off how the turmoil to come signaled by stress in the economy as the global scene becomes crazier and crazier.

Along with China’s growth-killing “zero Covid” lockdowns, the cumulative damage from the Federal Reserve’s rate hikes is almost certain to send the U.S. toward zero, at best. Meantime, the inflation that Fed Chairman Jerome Powell is struggling to tame remains elevated.

The resulting fallout for business and consumer confidence isn’t promising, as things go.

Hence the signals emanating from bellwether Singapore. Its open and strategically located financial system makes Singapore as close to an economic weathervane as the globe has.

Singapore’s likely downshift suggests a tough 12 months ahead for outward-oriented industries like trade and finance. It means there are still myriad uncertainties and downside risks in the global economy.

“With many advanced economies raising interest rates simultaneously to combat high inflation,” Lim says, “the impact of tightening financial conditions on global growth could be larger than expected.”

To the list of worries in 2023, add a further escalation of Russia’s war in Ukraine, increased geopolitical tensions between the U.S. and China, worsening supply disruptions and a slew of imponderables that might further dampen consumer and business confidence.

Case in point: a weak Japanese yen raising the economic temperature. Though it’s recovered some against the dollar, the yen’s more than 20% drop this year risks provoking a race to the bottom in Asia. Neighbors craving increased trade advantage may act to weaken exchange rates, too.

The plot is thickening at Bank of Japan headquarters. The gap between Tokyo’s rates and those of other developed economies is widening apace. The real question is what it means for Beijing. So far, the People’s Bank of China has resisted the urge to ease monetary policy substantially.

If the PBOC decides to compete with Tokyo and drive the yuan’s value lower, other central banks may feel compelled to weaken exchange rates, too. It’s a crazy scenario that worries economists like Jim O’Neill, formerly with Goldman Sachs.

O’Neill notes that if the yuan keeps falling, Beijing will see this as an unfair competitive advantage so the parallels to the Asian financial crisis are perfectly obvious. China officials, O’Neill warns, “would not want this devaluing of currencies to threaten their economy.”

Of course, the trouble to come that Singapore seems to be signaling could be a head-fake. Economist Carlos Casanova at Union Bancaire Priv?e points to a number of reasons why Asia may provide some upside surprises next year. They include post-Covid reopening; a less acute inflation problem than in the West; better growth fundamentals in general; and more flexible exchange rates.

“Asia will emerge as a bright spot in what looks like another extremely volatile year ahead,” Casanova says. He adds that “we see fewer risks in India and Indonesia, given their domestic orientation and favorable demographics.”

China, he adds, “should also benefit from a cyclical recovery, as it gradually reopens its economy from the second quarter of 2023 onwards. Asian exporters with exposure to Chinese demand should benefit from this process, led by commodity and energy exporters in Australia and Indonesia.”

Yet China could just as easily be the spoiler in this narrative. “The current weakness of China’s economy…comes from both internal and external factors, which can be seen in recent trade flows,” says economist Steven Cochrane at Moody’s Analytics.

Economists at Nomura Holdings write that the path to reopening “may be slow, painful and bumpy.” Hui Shan at Goldman Sachs notes that Chinese “growth may soften during the initial stage of reopening, similar to the experience of several East Asian economies that previously implemented relatively tight Covid controls.”

To see how Asia is faring, there’s nothing crazy about investors tracking zigs and zags in Singapore’s GDP. At the moment, though, it’s not looking like 2023 is going to serve up many happy endings.