RM300 Monsoon Season Aid for rubber smallholders to be paid in November, December 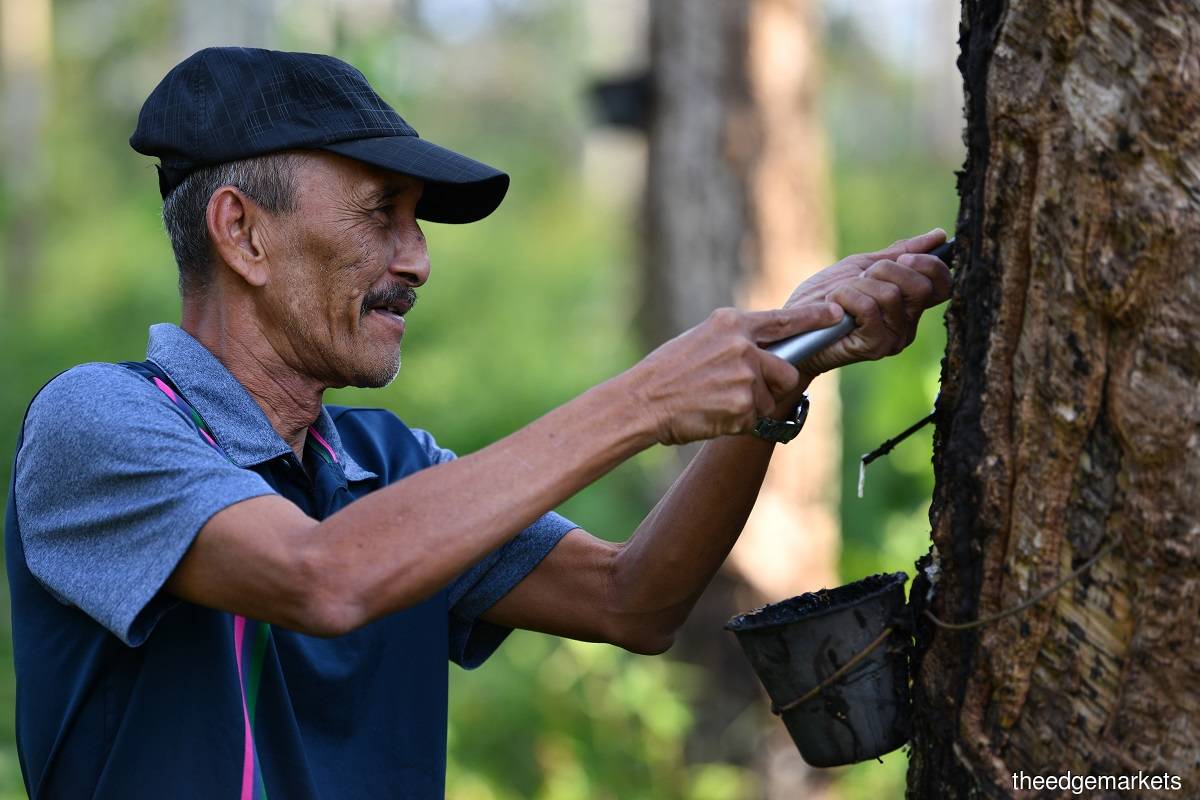 PONTIAN (Oct 24): The Monsoon Season Aid of RM300 a month will be paid to rubber smallholders and tappers registered with the Rubber Industry Smallholders Development Authority (RISDA) in November and December.

Deputy Plantation Industries and Commodities Minister Datuk Seri Dr Wee Jeck Seng said the aid will be given for two months to some 300,000 smallholders who own rubber estates of less than 2.5 hectares.

“We will give the assistance in November and December involving a total payment of RM192 million.

“This is a programme by the government whereby all the while during this season, the government will provide aid at the end of the year,” he told reporters after presenting 10,000 Covid-19 Antigen Rapid Test Kits to the community in Tanjung Piai, here, today.

Wee, who is also Tanjung Piai member of parliament, said the initiative also aims at reducing the burden of rubber smallholders as the monsoon season is the period they are most affected.

Commenting on the proposal to increase the floor price of scrap rubber from RM2.50 a kilogramme (kg) currently to RM3.50 per kg, Wee said the matter is still under review.

“The ministry has taken note of the proposal so that the rubber smallholders can increase their business. However, this matter must be viewed seriously, besides examining the government’s financial ability,” he said.

On Oct 19, Rural Development Minister Datuk Seri Mahdzir Khalid was reported as saying the proposal to increase the floor price of scrap rubber from the current RM2.50 per kg to RM3.50 per kg would prevent smallholders from switching to other commodity crops.

Mahdzir said that if no action were taken to raise the floor price, the rubber smallholders would switch to planting other crops with higher prices, especially oil palm, which would then result in the country losing rubber commodity producers.

Meanwhile, on Oct 15, RISDA proposed to the government to consider raising the floor price of scrap rubber to RM3.50 per kg beginning January 2022 to enable more rubber tappers to exit the poverty level.

RISDA chairman Datuk Mohd Salim Mohd Sharif was quoted as saying that the present floor price of scrap rubber at RM2.50 per kg was far lower than that of oil palm, which could fetch up to RM1,100 per tonne, which creates a huge gap between the operators of rubber and oil palm estates.