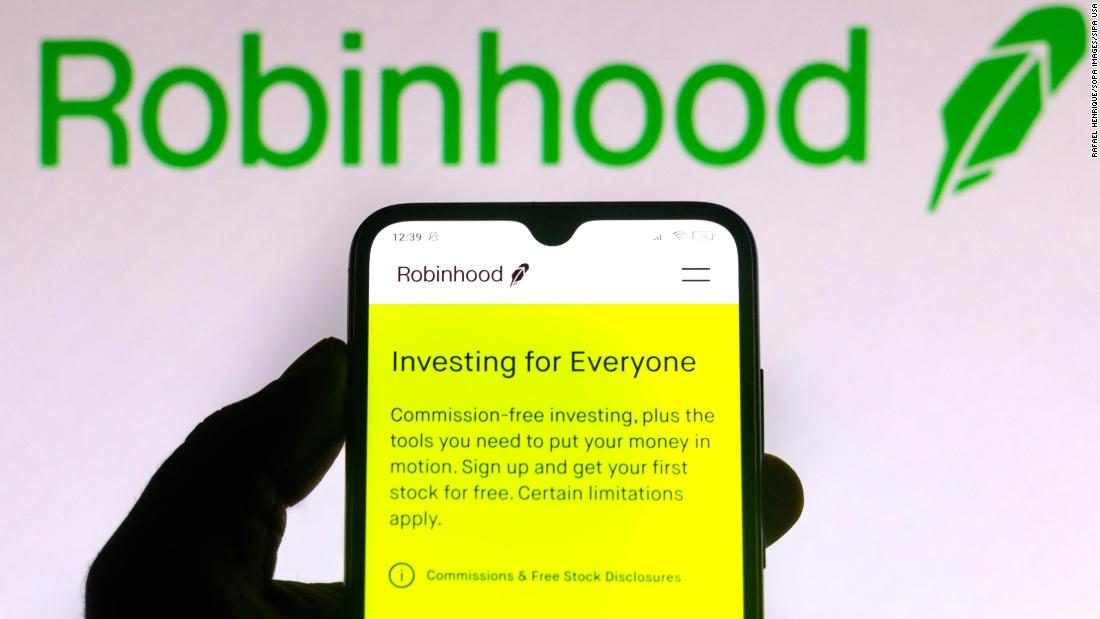 share this article!
The trading app is expected to start trading on the Nasdaq Stock Market on July 29, a person familiar with the matter told CNN Business. The timing of the debut could still change, the person cautioned.
Robinhood is aiming to raise up to $2.3 billion in an initial public offering that could value the controversial company at $35 billion. That means the IPO could make Robinhood more valuable than about two-thirds of the companies in the S&P 500.
Robinhood has not officially announced an IPO date. The platform’s IPO Access program, which allows users to request shares of companies at the IPO price before they start trading, lists July 29 as the expected IPO date for Robinhood.
The startup said it plans to live stream a portion of its roadshow on Saturday. Bloomberg News previously reported the IPO timing. Robinhood declined to comment.
Read More
Robinhood slapped with biggest-ever penalty by Wall Street regulator
The blockbuster IPO comes during a boom on Wall Street. Despite a sharp selloff on Monday, US markets remain near record highs. The S&P 500 has nearly doubled since March 2020 when the pandemic erupted.
Robinhood is betting that hot markets and its own rapid growth trajectory will overshadow the company’s legal and public relations troubles. Revenue spiked 245% to $959 million last year as trading activity and user growth spiked.
Last month, Robinhood was hit with the largest-ever fine from Wall Street’s self-regulator over allegations it misled investors.
Robinhood is also heavily reliant on payment for order flow, where it receives revenue in exchange for routing retail orders to high-speed trading firms. Gary Gensler, the chairman of the Securities and Exchange Commission, has expressed concern about the “inherent” conflicts of interest that exist in this business model.
“These are not free apps. They are just zero-commission apps. The cost is inside the order execution,” Gensler told lawmakers during a May hearing over the GameStop saga.
Robinhood recently reached a settlement with the family of Alexander Kearns. The 20-year-old trader died by suicide last summer after seeing a negative balance of $730,000 on his Robinhood account and mistakenly believing he owed that amount. Robinhood has said its executives were devastated by the death of Kearns and the company has improved its options trading and customer service.