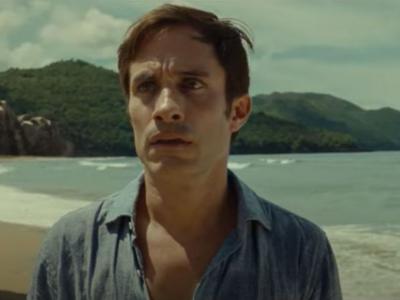 M. Night Shyamalan’s horror-thriller “Old” from Comcast Corporation’s (NASDAQ: CMCSA) Universal Pictures was the top film in U.S. theaters over the weekend, albeit with a relatively mild $16.5 million box office in a release on 3,355 screens.

What Happened: “Old” and “Snake Eyes: G.I. Joe Origins” from ViacomCBS’ (NASDAQ: VIAC) Paramount, which grossed $13.3 million, were the two new major releases over the weekend, taking the top two spots among the highest grossing films despite mixed-to-negative reviews and a lack of bankable Hollywood stars.

But the big story over the weekend was the collapse of last weekend’s box office champ, “Space Jam: A New Legacy” from AT&T’s (NYSE: T) Warner Bros., which grossed $31 million in its opening weekend but dropped by 69% to only $9.5 million in its second weekend in theaters. However, both “Space Jam” and the third place finisher at the box office, The Walt Disney Company’s (NYSE: DIS) “Black Widow” (grossing $11.6 million) are being simultaneously released in theaters and on streaming services, whereas “Old” and “Snake Eyes,” along with fifth place finisher “F9” from Universal (grossing $4.7 million), are exclusive to theaters.

A24 also scored the Sept. 24 opening night selection at the New York Film Festival with “The Tragedy of Macbeth,” a new film version of the Shakespeare perennial starring Denzel Washington and Frances McDormand under the direction of Joel Coen. The film will have its streaming release via Apple Inc.’s (NASDAQ: AAPL) Apple+ following its theatrical engagements.