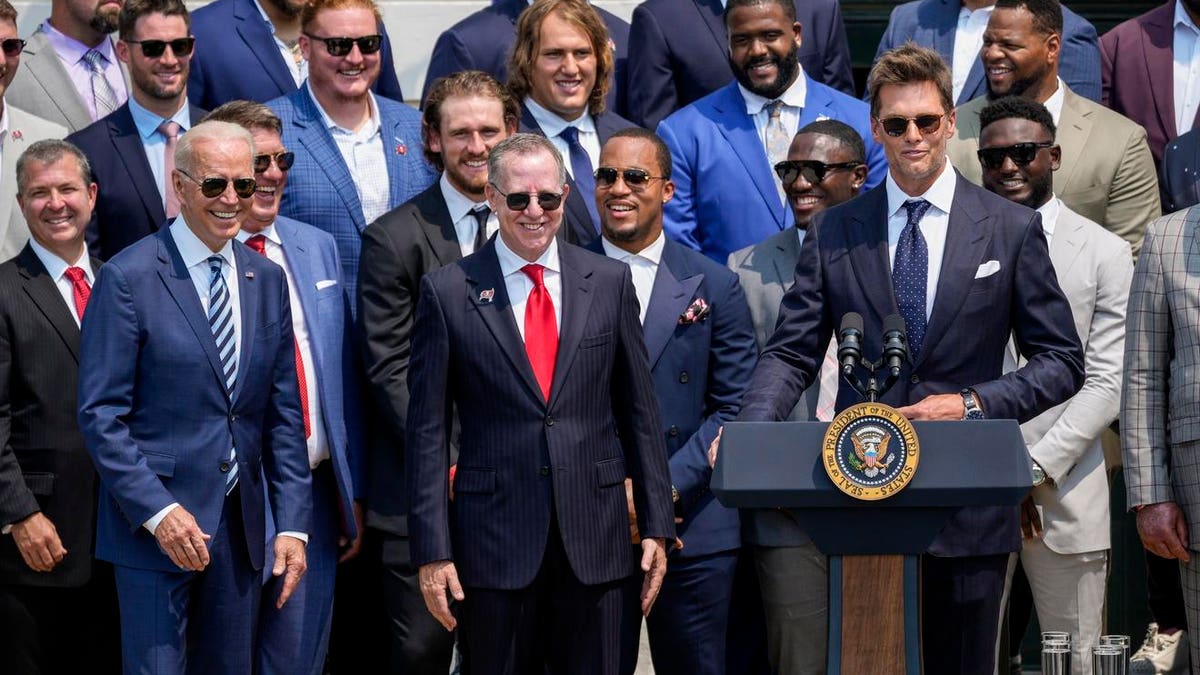 Speaking in front of the White House to celebrate his Super Bowl win, Brady said “not a lot of people think we could’ve won,” joking, “In fact, I think about 40% of the people still don’t think we won.”

“I understand that,” quipped Biden, who Trump has baselessly accused of stealing the 2020 election, leading to a majority of Republicans believing his victory wasn’t legitimate.

Brady also joked that people labeled him “Sleepy Tom” for losing track of downs during a game in October, a play on Trump’s derisive nickname for Biden: “Sleepy Joe.”

Some commentators noted that Brady, who once faced scrutiny for his friendship with Trump, was conspicuously absent when the Patriots visited the White House in 2017, when Trump was president.

Brady’s friendship with Trump, who once owned a USFL team and has long sought to become an NFL owner, dates back to 2002. “He’s a hell of a lot of fun to play golf with,” Brady said in 2015 after one of Trump’s “Make America Great Again” hats was spotted in his locker, adding, “He obviously appeals to a lot of people.”

“The whole political aspect came, and… it was so polarizing around the election time. It was uncomfortable for me,” Brady said of his friendship with Trump in a radio interview last April, adding that Trump wanted him to speak at the 2016 Republican National Convention but he declined because he “wasn’t going to do anything political.”

53%. That’s the share of Republicans who said in a Reuters/Ipsos poll in May that they view Trump as the “true president,” compared to 25% of all Americans and just 3% of Democrats.