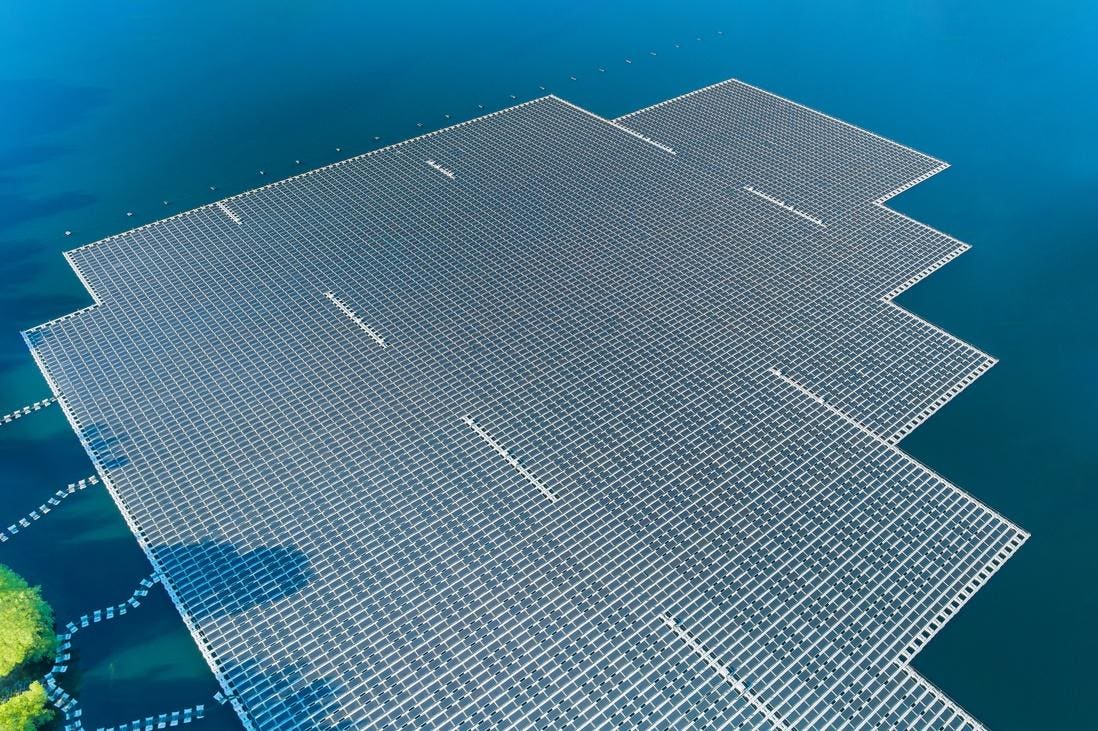 Sunseap–backed by Thai billionaire Isara Vongkusolkit’s energy firm Banpu pcl and Singapore’s state investment arm Temasek–said on Wednesday that it signed a memorandum of understanding with Badan Pengusahaan Batam to build a $2 billion floating solar farm and energy storage facility on the Indonesian island of Batam, about 45 minutes away by ferry from Singapore.

The floating solar farm, which can generate 2.2 gigawatt-peak electricity, spans across 1,600 hectares on the Duriangkang Reservoir in the southern part of Batam Island, making it the world’s largest floating photovoltaic system, Sunseap said. The energy storage facility will also be the world’s largest, with a capacity of over 4,000 megawatts per hour, it added.

Founded in 2011, Sunseap has rapidly grown as a leading producer of solar energy, with over 2 gigawatt-peak of energy projects contracted across Asia. In March, the company completed a floating solar farm in Singapore, where it has also installed solar panels on the rooftops of more than 3,000 buildings.

Sunseap, which counts Amazon and Microsoft among its clients, said it expects the solar farm in Batam to generate more than 2,600 gigawatt hours of electricity per year, potentially offsetting more than 1.8 million metric tons of carbon per year. This is equivalent to taking more than 400,000 cars off the road each year.

“This hyperscale project is a significant milestone for Sunseap coming soon after we had completed Singapore’s first offshore floating solar farm along the Straits of Johor,” Sunseap cofounder and CEO Frank Phuan said. “We believe that floating solar systems will go a long way to address the land constraints that urbanized parts of Southeast Asia face in tapping renewable energy.”

Companies around the region have been stepping up investments on renewable energy sources as governments seek to phaseout power plants that run on coal and other fossil fuels.

AC Energy, the renewable energy arm of the Philippines’ oldest conglomerate Ayala Corp., said on Wednesday it is investing $445 million to build five wind farms in Vietnam with a combined annual capacity to generate 440 megawatts of electricity.

The company and its partners are already operating solar and wind farms in Vietnam, generating 525 megawatts per year. The group aims to build renewable energy capacity of 5,000 megawatts across Southeast by 2025.

In Southeast Asia, the Philippines is one of the countries most dependent on fossil fuels, with more than half of the country’s total electricity production in 2020 coming from coal-fired power plants. Billionaire Ramon Ang’s San Miguel Corp. is trying to change that by ditching coal energy projects and investing $1 billion to build 31 new battery energy storage facilities, with a rated capacity of 1,000 megawatts, across the country.